The Kingston National Program on June 6-7 had its ups and downs as program leader Susan Lundy began with standing right up in the Don-yu, moved on to timing of the hands before the drop, and then continued the focus on up and down (and yes, the hands) through the Tor-yu, and Wave Hands. It was a weekend of the basics and, naturally, that led to many surprised “I thought I was!” exclamations as people practised, practised, and practised some more — and received feedback from Susan and the group leaders.

Eighty-one people attended, a record for the event, with four more unable to attend supporting FLK with a donation. The growth came from individuals outside the Kingston branch, making for a much more stimulating mingling of branches, as friends from Stratford, Collingwood, Orangeville, Hamilton, Toronto, Peterborough, and Ottawa joined in.

The Program was held at the Grace Center in Sydenham, a location of the branch. It being the Year of The Sheep/Lamb/Goat, the ample food was topped off at lunch on Saturday by a cake in the shape of a lamb baked for dessert by one of the participants, Jane Brault. Saturday evening we took a break from wave hands to discuss in groups the question, „What can I do personally to build up my location?” That led to a host of ideas for promoting ourselves to newcomers but more importantly a look at how energy can be built in locations that are struggling.

The closing set had more ups and downs than the opening set – and that was a good thing. Now to keep it up (and down). 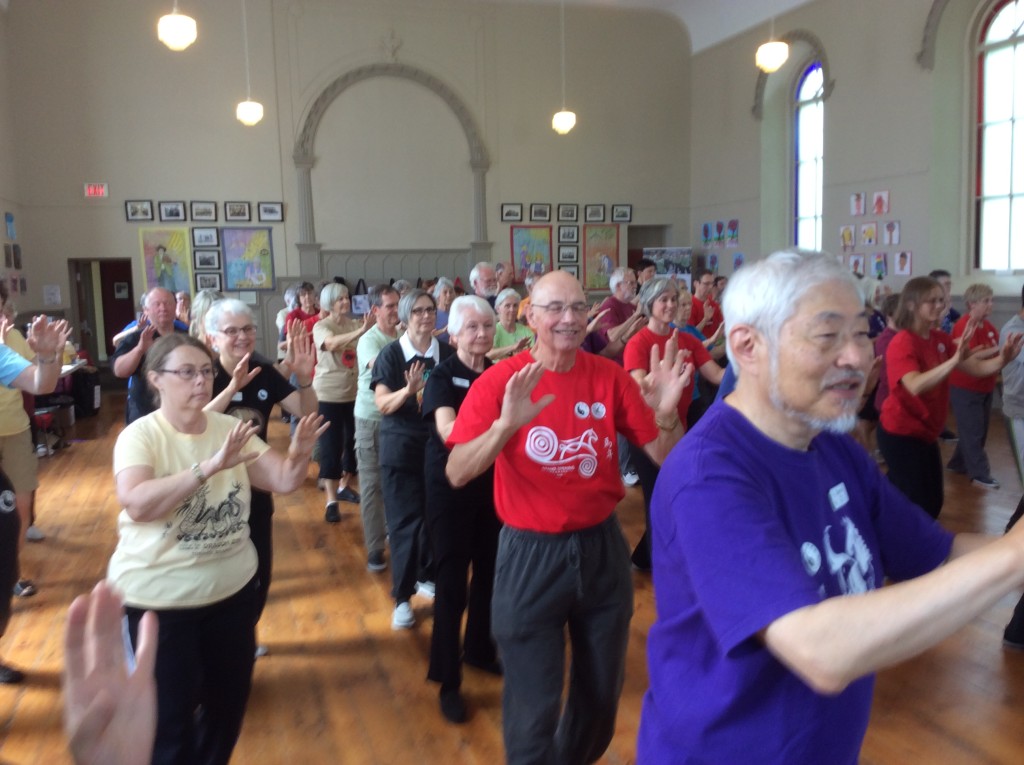