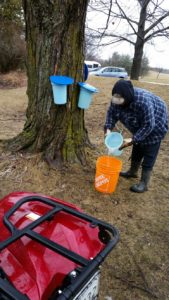 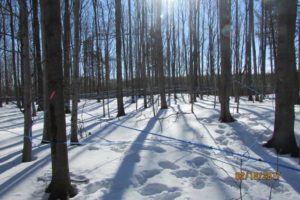 ars of practising Taoist Tai Chi® arts in Denmark, I finally had the opportunity to come to our center in Orangeville. I arrived on March 17th which was in the middle of the maple syrup season and Jesse, a resident volunteer who picked me up at the airport, was happy to tell me all about it.

Even though I had read about the maple syrup project on The Tiger’s Mouth, I was surprised to see the scale of the operation with 400 maple trees being tapped and only a few volunteers to run it. Thus it was only natural to be a part of it and I received a very thorough instruction from Réal, another volunteer who has been helping during maple season every year since the project started four years ago. I learned how to finish the process with the final boil of the maple syrup, measuring the sugar content, sterilizing the bottles and filling them with golden, sweet maple syrup – though, a drop or two may have been lost in tasting.  The maple season has now ended and we broke a new record with 1,741 bottles of syrup.

It has truly been a great experience volunteering at the center and getting a better understanding of our society. I will definitely be back. 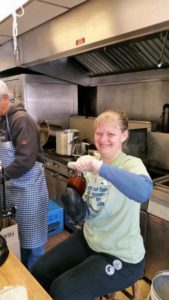