The Fung Loy Kok Taoism Association of Portugal was invited to participate in an interreligious meeting to talk about how religions can fight poverty. 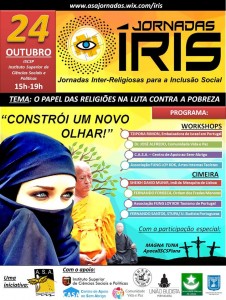 An association called “Ser Ajuda” (“Being Help”) organized this meeting. This association began with a group of young people from a parish (Nossa Senhora da Ajuda, in Lisbon). They build up a small organization to help families in need, but that are encouraged to help at the same time, by donating objects to help other families.

We accepted this challenge. Our view is that keeping one’s health, in a holistic sense, and became a better person, which result of the training in Taoist arts, will help us to be more balanced and stronger persons and because of that more able to fight poverty.

Representatives of other institutions, more or less connected to religions, accepted to participate, including the Israel Ambassador (Jewish), the Imam of the Lisbon Mosque (Islamic), a Monk of the “Frades Menores” (Christian), a representative of the Buddhist Union. 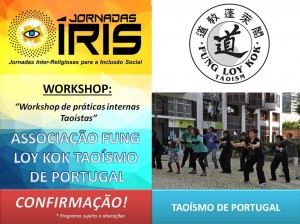 The event was divided into workshops and seminar. Most of the workshops were talks about the work of the organization for development, or for charity work towards the homeless. Very informative as they were, the attendants (a group of around 40, mostly young people) welcomed a more physical workshop about Taoist Internal Arts, trying out the first movements of the set. 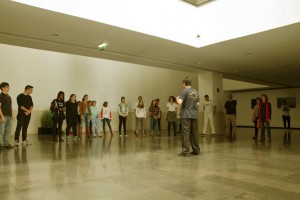 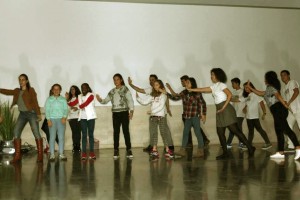 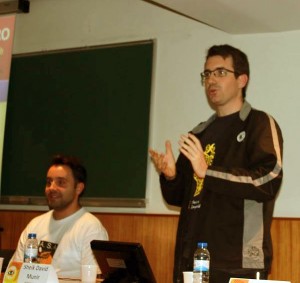 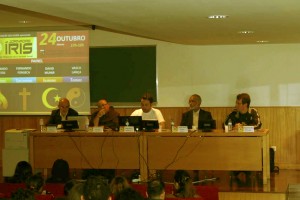 Afterwards, in the seminar, there was a chance to present our International Association, focusing in the voluntary and charity work, but referring to the fact that you are never being helped or helping in our practice, but always doing both since the beginning.

It was a wonderful participation in a well-organized and meaningful event, and a fun afternoon among very nice (and curious) people.

(thanks to the „Associação Ser Ajuda” for the photos)