Progress is being made around building A. We were notified that the two framing crews have turned to three this week. One crew continuing in the SE wing, moving slowly as they move floor joists, one on the roof and one continuing in the Dinning Room. 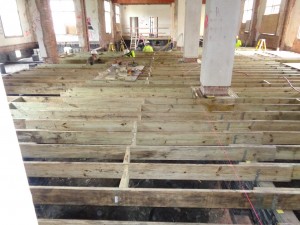 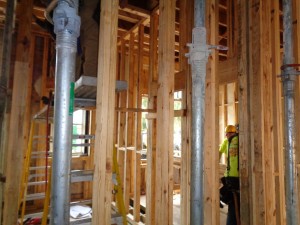 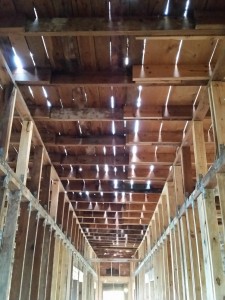 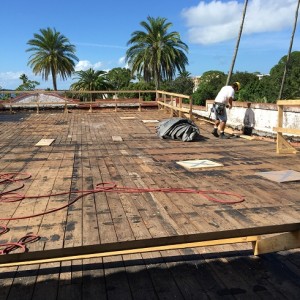 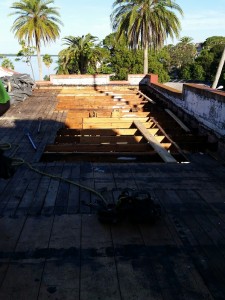 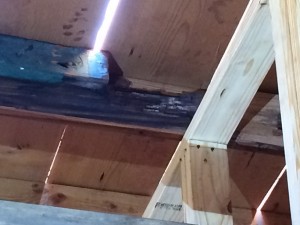 ​
De-watering continues around the lobby/elevator supports. Water was pumping out in such large volumes, the dry pond on the side of building A, filled quickly and a new pipe was laid to drain in the city sewer. The water table is thought to be one and a half feet below the surface. This is normal for the area. Well points are 6 ft deep. 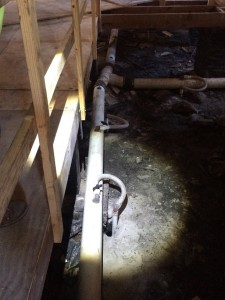 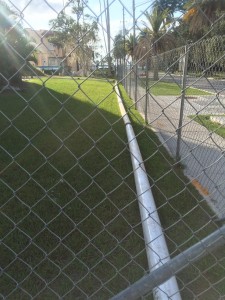 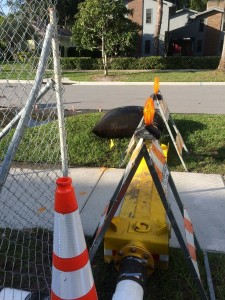 The Front Porch, North and South sides, have had CMU (Concrete Masonry Unit) blocks delivered ready for masons to build the necessary stem wall as a support for patio. The concrete for the base support was poured last week. 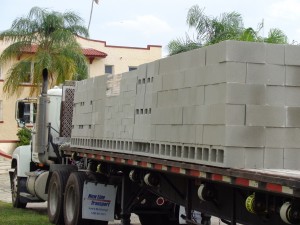 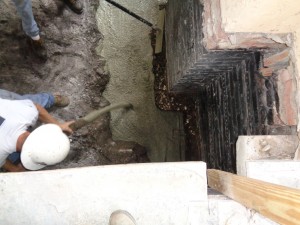 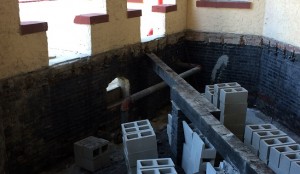 Old Fire Pipe will be capped on North side patio.
​​