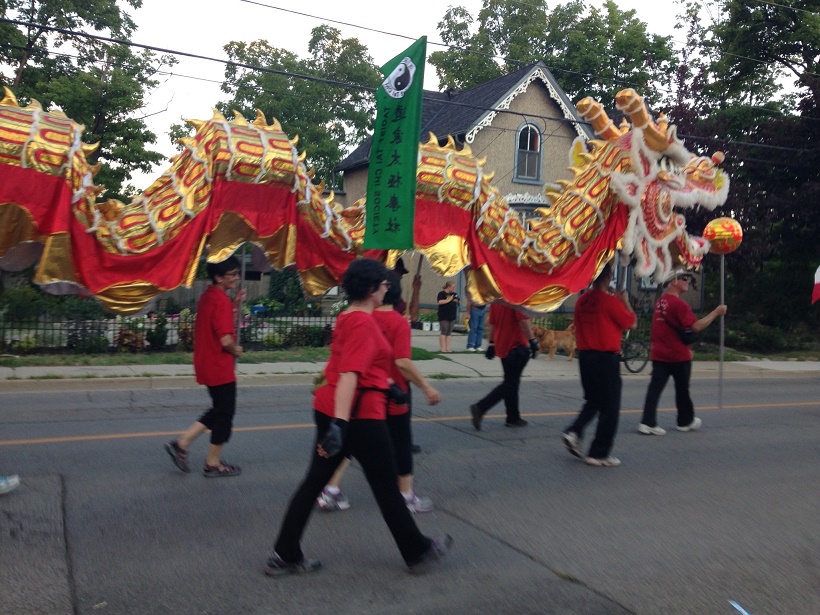 It was a warm Thursday evening and the community came out to watch the Dundas Cactus Festival parade in Ontario, Canada. Spectators and children smiled as they watched the 10-leg dragon weave and zigzag along the parade route. The crowd applauded when the dragon chased the pearl into a spiral. The dragon’s presence was especially meaningful as this year’s parade theme was: “It is an animal celebration.”

Thirty participants from the Hamilton, Oakville and Niagara branches joined forces to dance the dragon. A few Niagara participants were stuck in a three-hour traffic jam but persevered and arrived safely.

Some participants took part in dragon-leg training at the International Centre, others had a brief introduction at the Hamilton branch and we practiced before the parade. It was a wonderful evening as we connected and worked together to promote FLK Taoist Tai Chi® arts in the Dundas community.