„I was really looking forward to travelling to Brno and meeting friends for the Senior´s Day celebration, and I was also attracted by the planned projection at the planetarium, which was part of the program. We had arrived at our Clubhouse before 9 in the morning and there was already a lot of activity going on. We did not hesitate and we immediately set to work too. Veronika, our chef in the kitchen, had everything under control and so the work was being done easily. When it was announced that it is time to leave for the planetarium, I hesitated enough, I couldn´t decide if I had to go or stay and help. I probably should have stayed. The uphill way to the planetarium was just a bit demanding, but we all, active tai chi seniors including, managed to climb the hill without any problems, even faster than expected.

„The show at the planetarium was magical. It made me go forty years back to a cottage in a small village in the middle of nowhere, where the only two lights out there were being turned off at 23 o’clock, and then there was only the sky full of stars, just like there at the planetarium. The one-hour projection, accompanied by a very interesting explanation, has passed very fast. The way back was not very pleasant for me. After a trip into the universe, Mother Earth intervened with her gravity force and I flew, like a meteorite, straight to the ground. I’m sure that before tai chi with such a fall I would end up at least with a broken nose, but thanks to a quick reaction I got away only with a small bruise on the palm with which I tried to slow down the dropping. A bit worse it was with my right shoulder that was hurting a lot, but I survived without fractures. So I apologize for showing the moves with no smiling (it was planned in advance that I would demonstrate some moves during the afternoon program), but for me it really was a practical demonstration of search for balance.

„I would like to thank all the people involved in preparing such tasty treat and such interesting program. It was a great day. Thank you.” 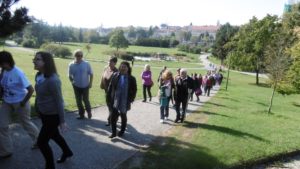 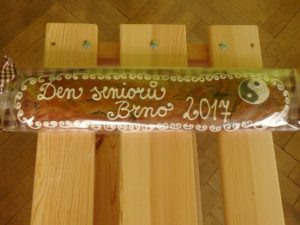 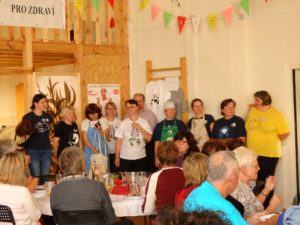 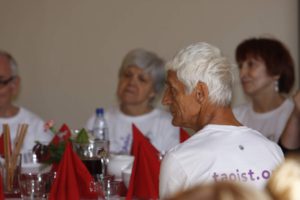 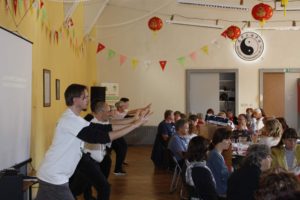 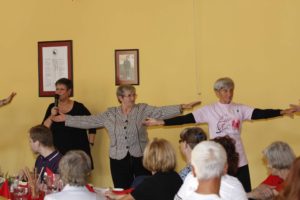 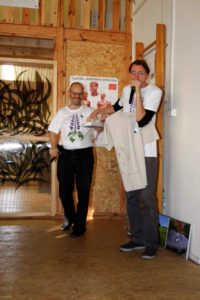 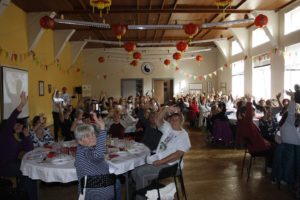