This year the Taoist Tai Chi Society of Great Britain celebrated Taoist Tai Chi® Awareness Day in Cambridge, the historic city of learning and excellence, on the Sunday afternoon of the three-day International Workshop held there.

The workshop brought together over 150 members from 9 countries, to practice together and deepen our understanding of our Taoist Tai Chi® arts – looking at the circularity in the movements, and developing a sense of the expansions and contractions in the body. 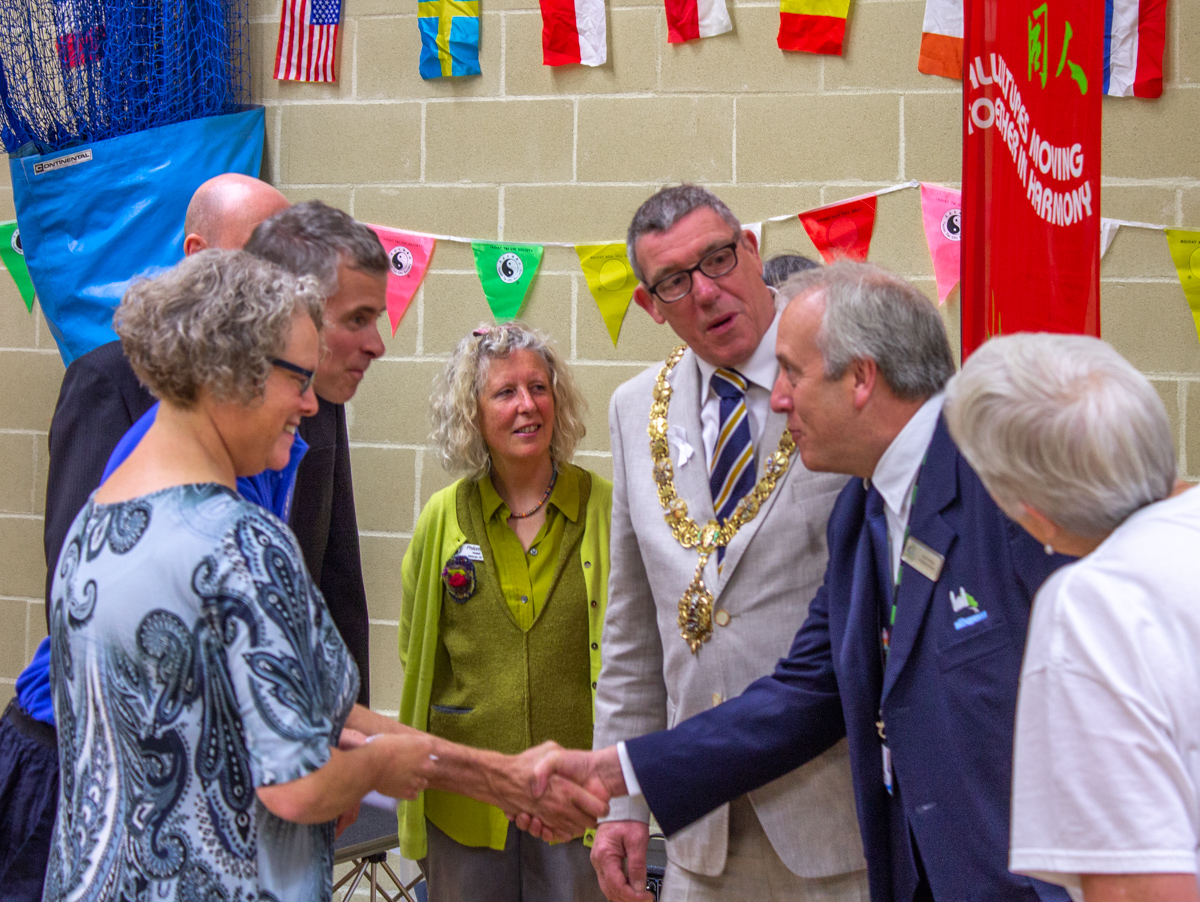 For Awareness Day, we were joined by the Mayor of Cambridge, Councillor Nigel Gawthrope, and his wife, who watched keenly as our Dragon pursued the Pearl of Wisdom before bowing ceremoniously to them both.

Our celebration included a display of the Taoist Tai Chi® set, greetings from representatives of the countries of the overseas workshop participants, and personal testimonials from two of our members. 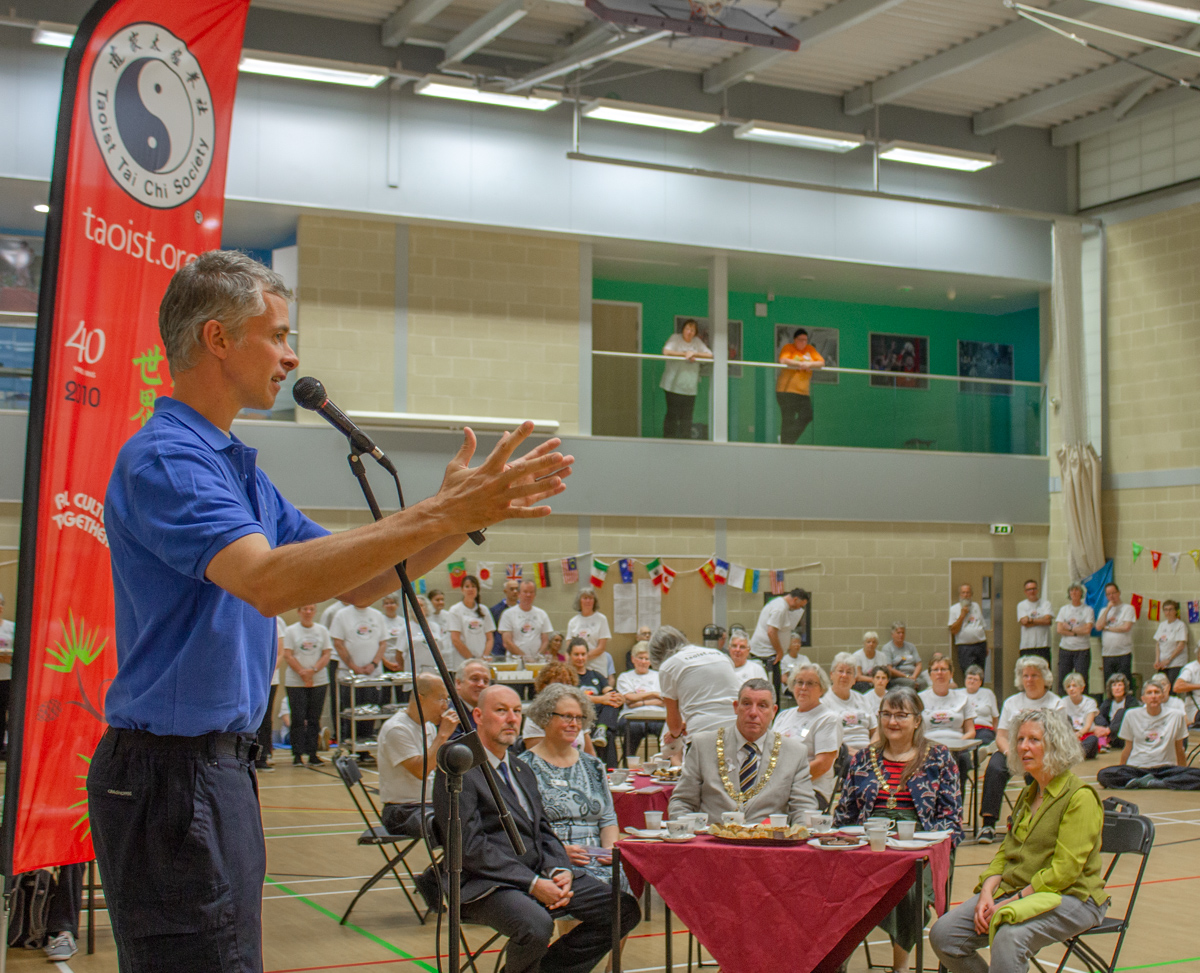 One of these, Jane, a senior member from Banbury, shared her story of how Taoist Tai Chi® has helped her health: ‘After a spinal injury and surgery many years ago, and subsequent osteoarthritis, osteoporosis and fibromyalgia, I was struggling. The exercises of the Taoist Tai Chi® and the kindness and support of instructors and members, have been invaluable in, literally, keeping me on my feet for the last seven years.’

The Mayor commented: ‘I was struck by the grace of the movements, and the power of it being such a simple and positive way to improve health. The members’ stories, of how the tai chi practice transformed their lives, were also so poignant and touching.’ 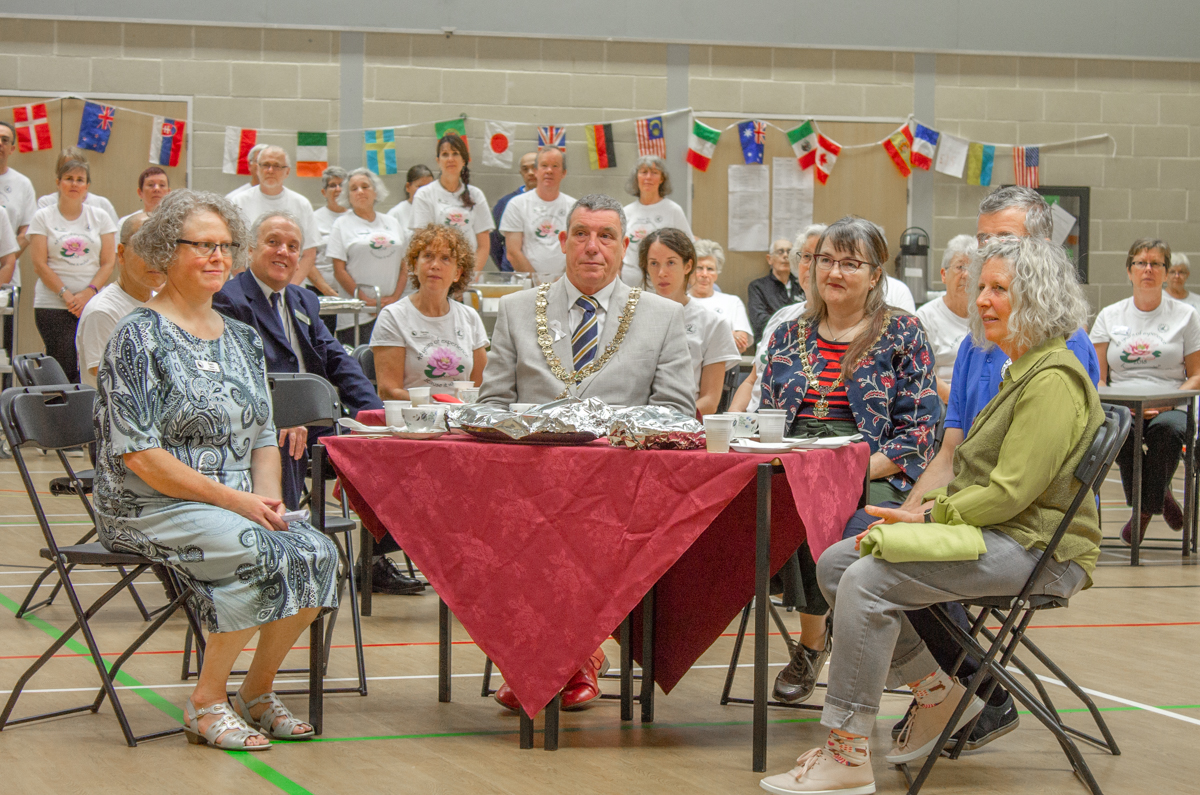 The Mayoress enjoyed some tai chi practice of her own, and said: ‘I loved having the opportunity to learn to Sweep the Lotus. I’m also impressed by the way these arts develop an awareness of the movement of weight through the body. As the Treasurer of the Cambridge branch of Parkinson’s UK, I can see how much benefit this would be for people with Parkinson’s.’ 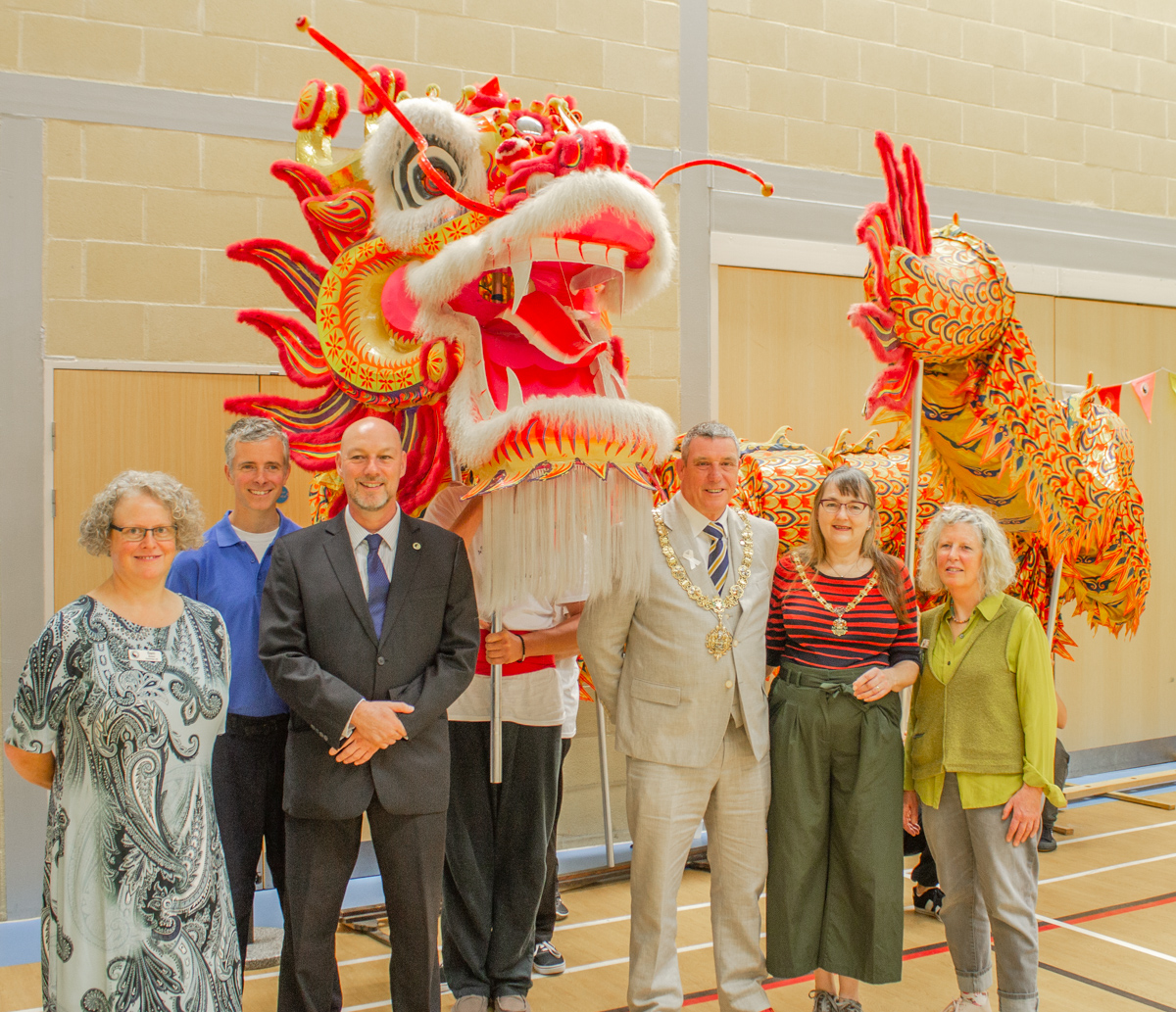 The results of a recent survey of members of the Society revealed that by practising these arts, a significant percentage could control their pain, improve their balance and their mood, thereby reducing their visits to their GP doctor, and saving the time and money of our National Health Service. 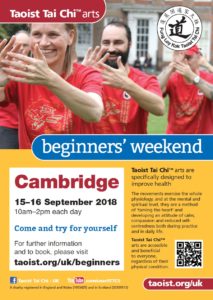 As well as developing awareness with the elected representative of the people of Cambridge, the weekend developed increased awareness in the local members. They will be building on the success of the workshop when they host a Beginners’ Weekend in the city on 15–16 September – full details here. Nationally, new beginners’ courses will run in locations across GB – find out where, here.