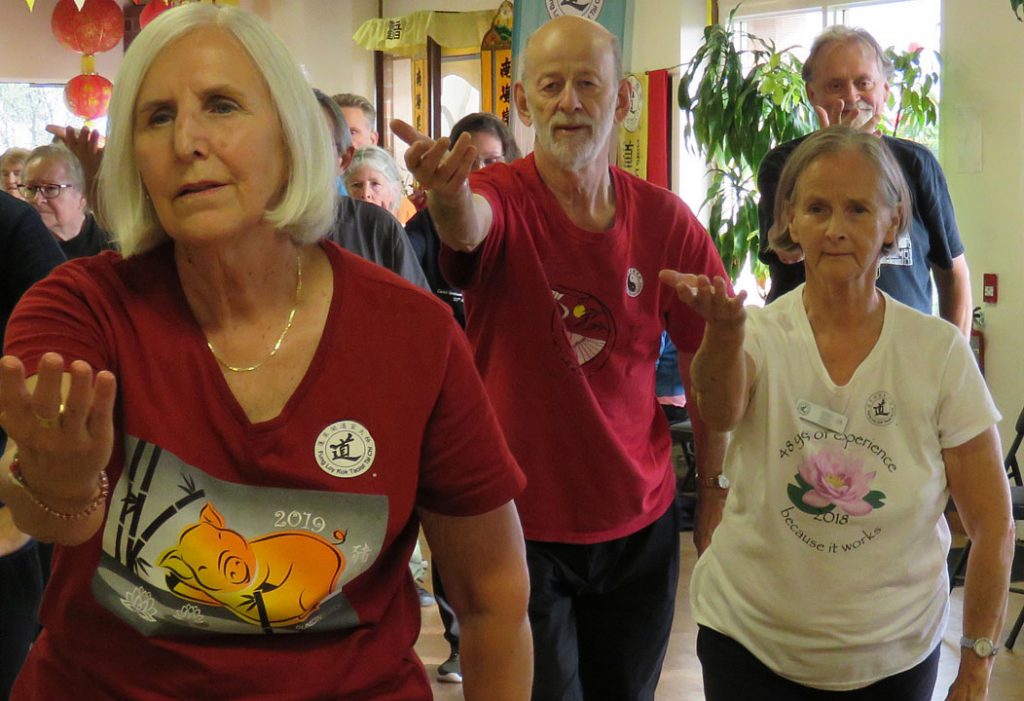 If you have cancer or are in recovery, you know that it can be a very stressful, difficult time. You may be managing pain, worry, fatigue, insomnia, and reduced mobility as well as recovering from surgery. All of this can certainly affect your enjoyment of life.

A woman recovering from breast cancer surgery discusses how Taoist Tai Chi® practice helped her relieve pain, reduce stress, get her lymphatic system working well and “take one day at a time”.

Another person describes terrible, deep pain after lung cancer. Because of her Taoist Tai Chi® practice she is able to throw away all her pain medication, including narcotics and opioids.

In the third video a practitioner, who has had breast cancer twice, describes the difference between her two recoveries. The first was before practicing Taoist Tai Chi® arts, while the other took place after she started. Through the second recovery she felt limber, strong, capable and vital. The contrast between the two experiences is remarkable!

In the fourth video, a man recovering from cancer describes incredible pain relief and increased mobility through his Taoist Tai Chi® practice.

Finally, a woman describes being diagnosed with ovarian cancer and how Taoist Tai Chi® practice has helped her heal after the resulting abdominal surgery and chemotherapy. She discusses how both the physical form and the meditative quality of Taoist Tai Chi® arts have played a central role in her recovery.

What do practitioners who have had cancer or are managing cancer saying about Taoist Tai Chi® arts?

I recently had surgery for glioblastoma, a relatively rare brain cancer. I have 20 years of Taoist Tai Chi® practice to draw on and a deep trust in what the arts can do. The meditative aspects helped my mental focus and relieved physical distress while in the hospital undergoing testing and then surgery. I continually saw amazed looks from the medical staff about how quickly I healed. I just stood up from the bed after surgery and then that afternoon walked around with minimal assistance and then walked unaided the next morning. After receiving clearance from my doctor, to resume a more physical lifestyle, I have started back with a Pain Relief Taoist Tai Chi® arts class. After a few gentle suggestions and observations from the Pain Relief instructor, I am thrilled with the almost immediate increase in my energy and mental focus. This has stabilized my mental health so I can support my family at this time.

Practicing Taoist Tai Chi® arts helped me so much during cancer treatment that words do not suffice. The practice cultivates a sense of grounding, patience and strength that allowed me to endure the treatment regimen. There were many visitors from the FLK community when I was in chemotherapy, and this too alleviated some of my pain and sickness. Looking forward to attending classes and retreats in the future has also been a tremendous source of strength in these hard times. Following chemotherapy, I needed major surgery. I am still recovering, and it will take many months, but I am using Taoist Tai Chi® arts every day as a way to heal and improve my strength.

“I have cancer, multiple myeloma. I wake up every day and one of the first things I think about is that I still have cancer. Then I come to a Taoist Tai Chi® arts class and I feel like a normal person again.”

We hear how important it is to do Taoist Tai Chi® practice to put “health in the bank” before you need it. I needed it last year, when I was in the hospital for over three months.

I have a kind of blood cancer and I got a clot in my superior vena cava which caused lymphatic chyle to pour into the pleural space of my right lung. The eventual cure was major surgery which led to pneumonia. I needed months of antibiotics to clear that up, one of which damaged my kidneys. At some point my left lung also started filling with fluid. I had chest tubes, I was on a respirator, on oxygen and I even had some dialysis. Throughout, I had almost no pain and also very little worry. I think this was because of my Taoist Tai Chi® practice.

After this long hospital stay, I was as weak as a kitten. At home, I could do seated Taoist Tai Chi® practice with my oxygen sitting on the floor. However, I wanted to do my practice standing, so I made a backpack for the oxygen unit and the first time I did Taoist Tai Chi® arts on my feet , I could feel circulation in my cheeks that I hadn’t felt in months. Just weeks later I no longer needed the extra oxygen.

I’m on blood thinners for life, though, and want good balance to keep from seriously injuring myself. My Taoist Tai Chi® practice really helps me with this.

Another experience: I had lymphoma in 2013 and was cured, but had residual edema in my shins and feet. I was sent to a massage therapist who taught me lymphedema massage. She mentioned that I might feel some warmth from it and I said, yes, I get that same feeling from Taoist Tai Chi® practice. She recommended that I do that massage several times a day and also wear a compression hose. I stopped doing the exercises and wearing the hose after two days and any swelling since then has been taken care of by Taoist Tai Chi® practice! 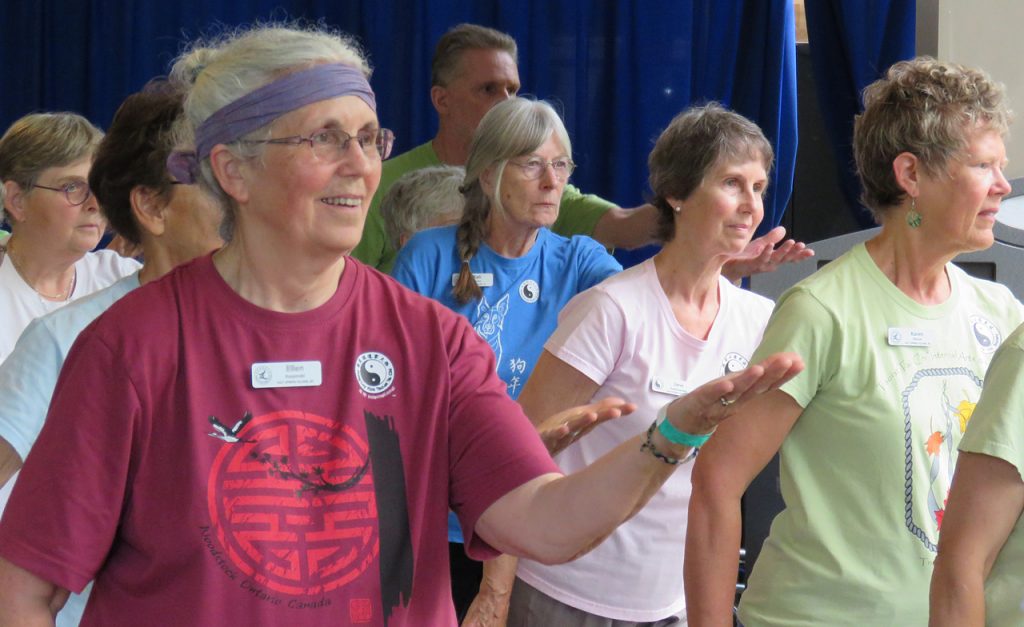 Taoist Tai Chi® arts are a path of transformation that has powerful, positive consequences for our health. This form of moving meditation deeply affects the nervous system and the brain, reducing anxiety, lightening the spirit, calming and clearing the mind.

Taoist Tai Chi® arts involve a full range of motion with deep stretching and continuous turning of the spine. They exercise the whole physiology including muscular, skeletal and circulatory systems, as well as tendons, joints, connective tissue and organs. This whole body approach is profoundly relaxing and increases strength, flexibility and resilience, whatever our condition.