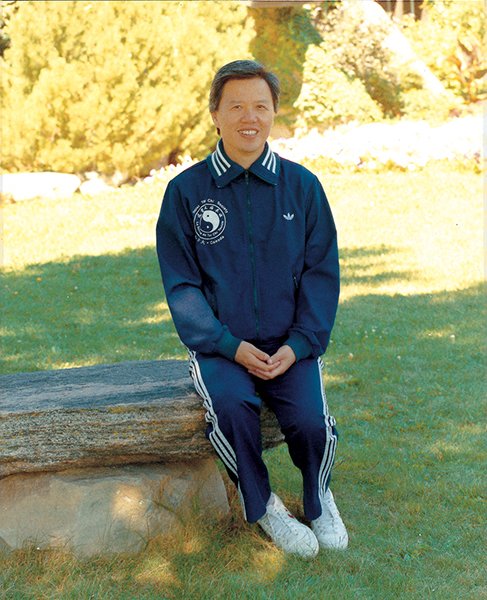 Master Moy Lin Shin devoted his life to learning and practising Taoism and the Taoist arts. As a youth he suffered from serious health problems, perhaps partly due to the turbulent living conditions of China during the Second World War. Through the Taoist arts he was able to fully recover his health. Inspired by this, he spent his life helping others.

After the war, Master Moy was initiated into a Taoist temple and received training in meditation, rituals and ceremonies. His family moved from Guangdong province to Hong Kong after the Communist revolution in 1949. There he continued his temple training and also began learning from several teachers of the internal styles of martial arts.

Learning and Developing in Hong Kong

Master Moy became a student of Master Liang Zipeng, or Leung Ji Pang in Cantonese (1900-1974), a prominent instructor in Lok Hup Ba Fa (Liuhe Bafa), Tai Chi and other arts. Master Liang had come to Hong Kong from the Jingwu Martial Arts Academy in Shanghai, where he was a respected practitioner of the Eagle Claw style of Wushu. In his later life Master Liang devoted his energies to internal styles such as Lok Hup. The visually elegant and internally powerful Lok Hup form played a special part in Master Moy’s synthesis of Taoist Tai Chi® arts.

Master Moy trained for many years with Master Sun Dit, a fellow student of Master Liang, known in particular for his skills in Hsing-I (Xingyi) and push hands. During this time Master Moy also met a Qigong master who was a recluse and did not normally accept students. However the hermit master had compassion for Master Moy and began to teach him. Over the years, Master Moy’s health continued to improve.

It was during this period of working daily for his health that Master Moy petitioned Guanyin, the Bodhisattva of Compassion, for help, and vowed to spend his life helping others. Master Moy worked hard to comprehend the health-improving essence of the internal arts he had been studying. He then incorporated these principles into the form of Tai Chi now taught by Fung Loy Kok Institute of Taoism.

Immigration to Canada and Growing the Organization

Before Master Moy immigrated to Canada in 1970 he was involved in the activities of the Yuen Yuen Institute, a traditional three religions temple in Hong Kong. In 1968, he co-founded (with Taoist Masters Mui Ming-to and Mrs Tang Yuen Mei) the Fung Loy Kok Taoist Temple in the New Territories in Hong Kong. After he arrived in Canada he founded the Toronto Tai Chi Association, the Taoist Tai Chi Society of Canada, the Fung Loy Kok Institute of Taoism (with Master Mui Ming-to), the Gei Pang Lok Hup Academy, which is dedicated to the memory of his teacher, Master Liang, and the International Taoist Tai Chi Society. This was all done in order to introduce the benefits of the Taoist Tai Chi® arts to the public. The organizations that Master Moy founded in Canada are now under the umbrella of Fung Loy Kok Institute of Taoism. 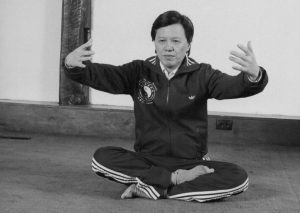 Master Moy stood as the prime example of compassion, humility, and selflessness of these teachings. He described himself as a volunteer instructor and made frequent references to himself as a student, mentioning visits to his own teachers. He was the first to donate money to the projects of the organization and he instituted countless charitable activities.

While he worked continually to set in place a global organization to help others, Master Moy also took note of the small details in life. One day, for example, he read in the newspaper about a local fire department’s need for a defibrillator. Master Moy organized the fundraising in two days and then sent a cheque for eight thousand dollars to the City council meeting for presentation.

He started the Food for the Homeless program that continues today at our D’Arcy Street Head Office location in Toronto every Monday. At D’Arcy Street as well, he encouraged participants to help senior citizens by offering free English as a second language classes, planning seniors’ banquets, providing transportation, and planning trips, home visits and social activities. He also raised hundreds of thousands of dollars for various community organizations over the years.

There are countless examples of Master Moy’s initiatives to reach out to people in need, including the establishment of classes in the Taoist Tai Chi®  arts for people with HIV/AIDS, and for many other groups with specific health problems. He personally led the fundraising for the construction of a Health Recovery Centre at the International Centre near Orangeville, Ontario, where people with  health challenges can now attend special programs.

Master Moy’s teaching was available to all through his example and mentoring. In his actions Master Moy embodied the Taoist principle of working to ease the suffering of others.  Throughout his life, Master Moy showed a singular devotion to these arts and to helping others, even when his ceaseless teaching and developing the organization took a toll on his own health. He kept up a busy schedule of programs and classes that took him all over Canada, the USA, Britain, Europe, Australia and New Zealand. Master Moy personally trained tens of thousands of people and supplied the inspiration and corrections to help those who were prepared to work hard. 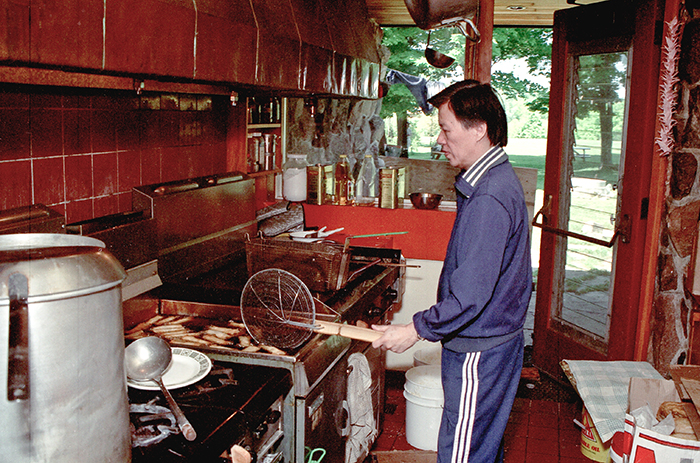 The unique achievement of Master Moy was to create an organization that could transmit this knowledge widely to the public and be a vehicle for the Taoist goals of taming the heart, helping others and cultivating compassion. When asked once why he had called this system “Taoist Tai Chi® arts,” Master Moy said that he could have called it “Moy style,” not an uncommon practice in the naming of new variants in the Tai Chi world. However, Master Moy said he chose to call it “Taoist” to point firmly to its origins in the Taoist tradition. Despite the great achievement of Master Moy’s synthesis of the Taoist arts into a complete art of transformation, he recognized that his own life’s work was but another in the long line of generations of practitioners who had contributed to this remarkable knowledge.

Master Moy’s vision of helping people expressed a deep knowledge of the Taoist arts as both physical and spiritual practice.  He encouraged his practitioners to look at the complete picture of health. In Taoism, the harmonious interaction of body, mind and spirit is a means to good health. As practitioners become more harmonious within themselves, they can then promote harmony in others and in the world around them. Master Moy’s personal example of selfless giving and compassion has helped many individuals, and his depth of understanding of the Taoist arts has recovered much of the lost wisdom of the ancient Taoist sages.