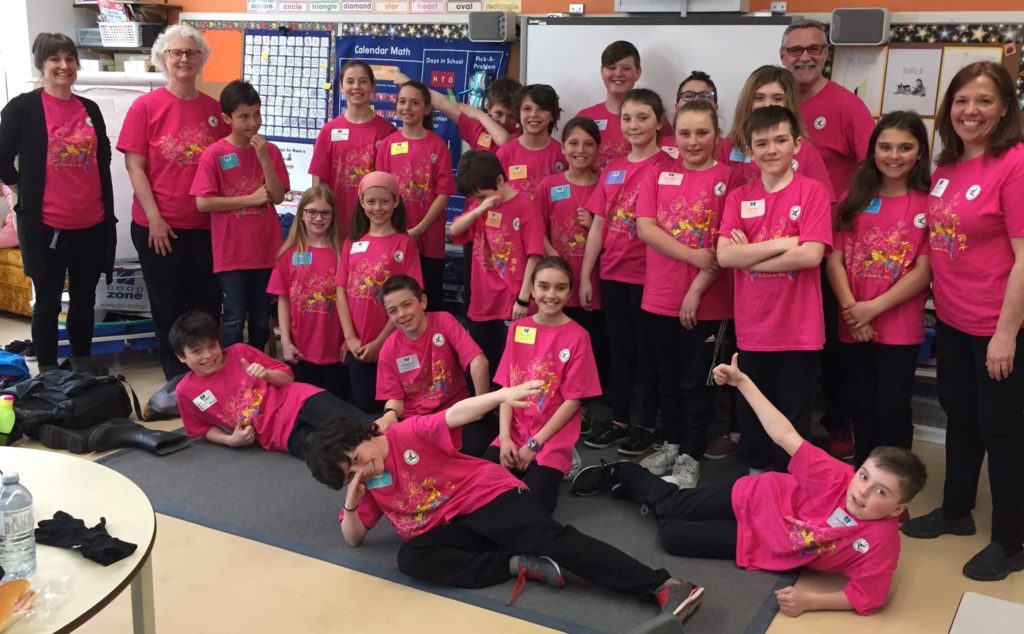 A project in the Quebec City Area shows that it is possible for 9-10 year old children to appreciate, and benefit from, Taoist Tai Chi® arts.

Tracey teaches a grade 4 class. She began practicing Taoist Tai Chi® 2 years ago. She immediately thought of her students. She said:

Wow! I would love for my students to experience the calm and togetherness of Taoist Tai Chi®. It would be so beneficial in their everyday learning and during exams, when their stress levels are higher.

The project was accepted, and Tracey was pleasantly surprised with the response from the students, it was better than her initial expectation:

I loved seeing the togetherness, and the calm, that it brought. But it was not the only thing that happened, the students also learned that it is more important to stay together, follow the rhythm of the group, than to do the movements perfectly. Also, I realized that all the students, no matter their learning difficulties, or backgrounds, are able to participate and learn at their own pace. That is rare in a classroom setting! Working as team is a challenge for this class, but with the Taoist Tai Chi® they were able to learn this important concept.

The students had the honour of representing their school (St. Vincent Elementary School) at the Central Quebec School Board’s yearly Performing Arts Festival (PAF). Tracey’s group demonstrated the first movements in front of an audience of 300. Traditionally, PAF performances are mostly musical, dance, singing, percussion, etc.. But…when Tracey’s group came on stage, all in fuchsia “year of the dog” Taoist Tai Chi® t-shirts, and the gong sounded, there was an immediate silence in the auditorium. This was even more impressive considering 2/3 of the audience were students aged 7-12. During the entire demonstration, you could have heard a pin drop! A calmness overtook the auditorium. It was clear they respected the demonstration.

One of Tracey’s students expressed, quite eloquently, her experience…and the importance of the art of Taoist Tai Chi® arts:

Ms. Tracey, I was so nervous before we went on stage, but once we got there and started, all I thought about were the movements.

This amazing experience shows how Taoist Tai Chi® arts can positively impact people of all ages!