Time is reporting that while tai chi may look mundane—even boring to some—experts who’ve studied it say its benefits are vast and hard to oversell. It also holds up when compared to other more strenuous types of exercise. 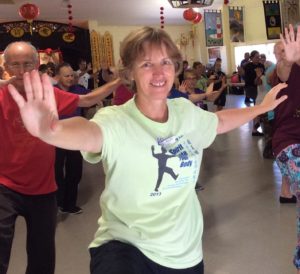 It says one study in the American Journal of Epidemiology concluded that tai chi was nearly as effective as jogging at lowering risk of death among men. Another review in PLOS One found that the practice may improve fitness and endurance of the heart and lungs, even for healthy adults.

And Time quotes Dr. Michael Irwin, a professor of behavioral sciences and director of the Mindful Awareness Research Center at UCLA, as saying: “We’ve seen improved immunity to viruses and improved vaccine response among people who practiced tai chi.”