The grey clouds and wet weather above Brisbane’s Reddacliff Place could not dampen the spectacular sight of two hundred members of the Taoist Tai Chi Society of Australia performing a lunchtime demonstration of Taoist Tai Chi® arts on Friday 11 March 2016. This event was timed to celebrate the 20th anniversary of the volunteer, non-profit and charitable organisation’s activities in Brisbane. 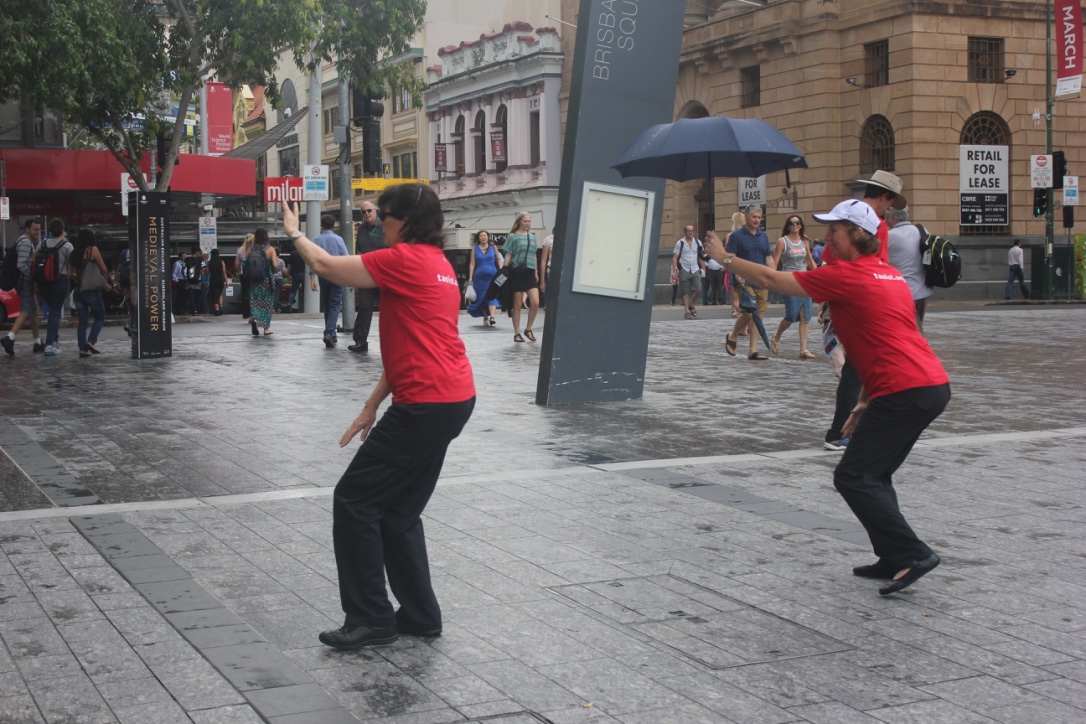 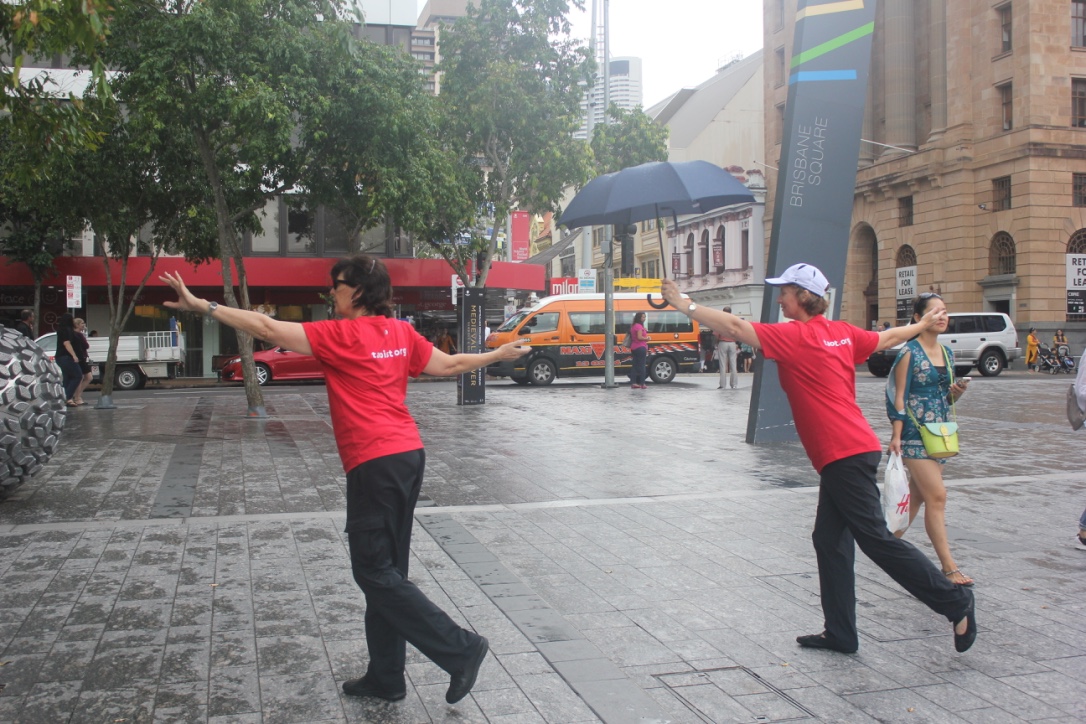 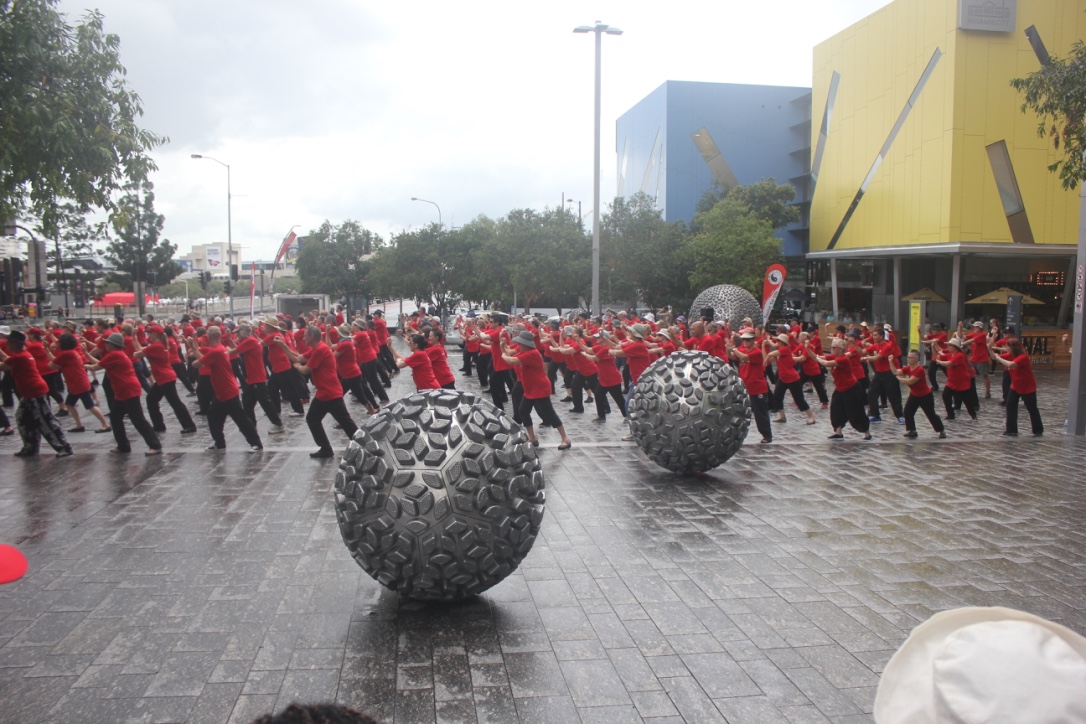 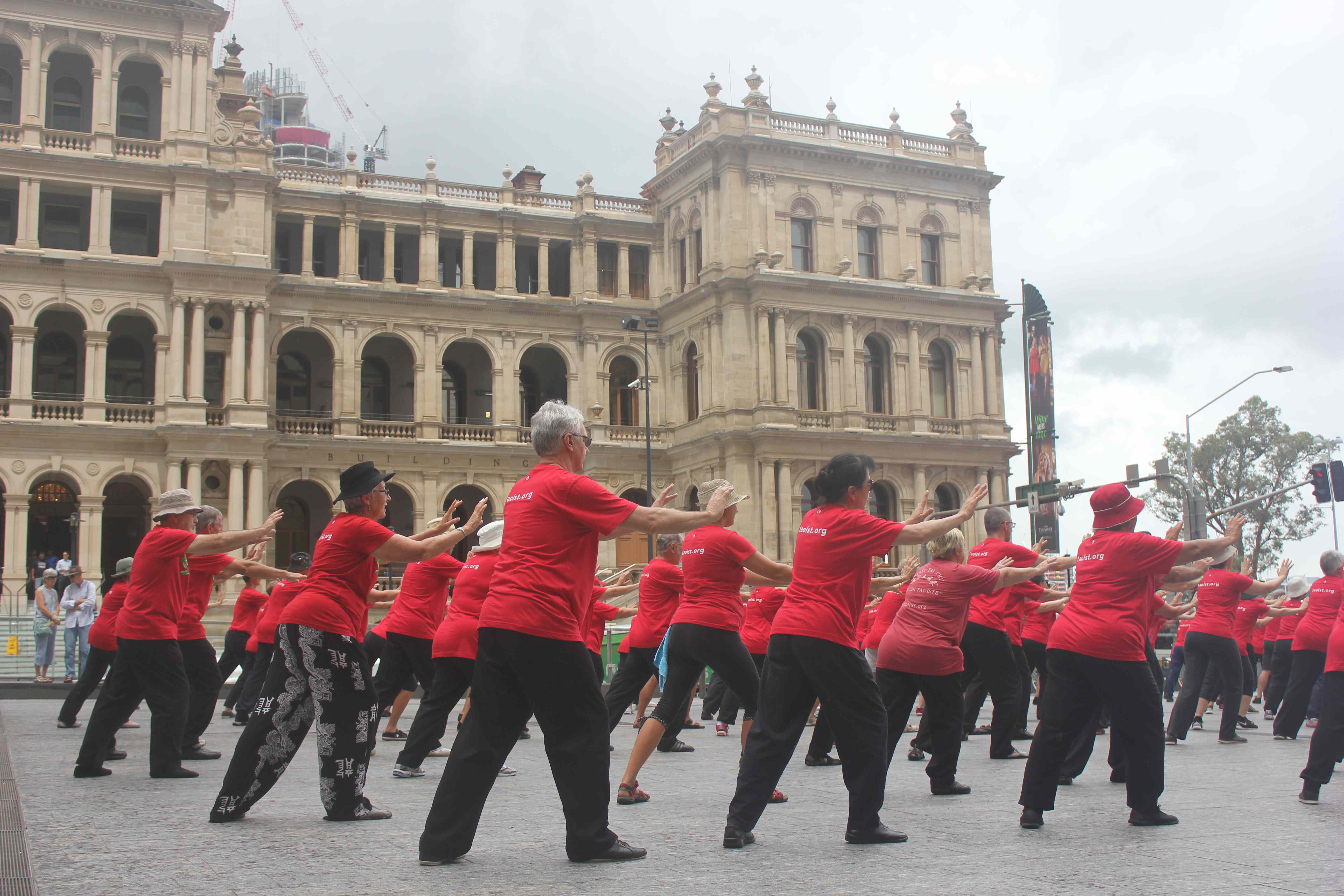 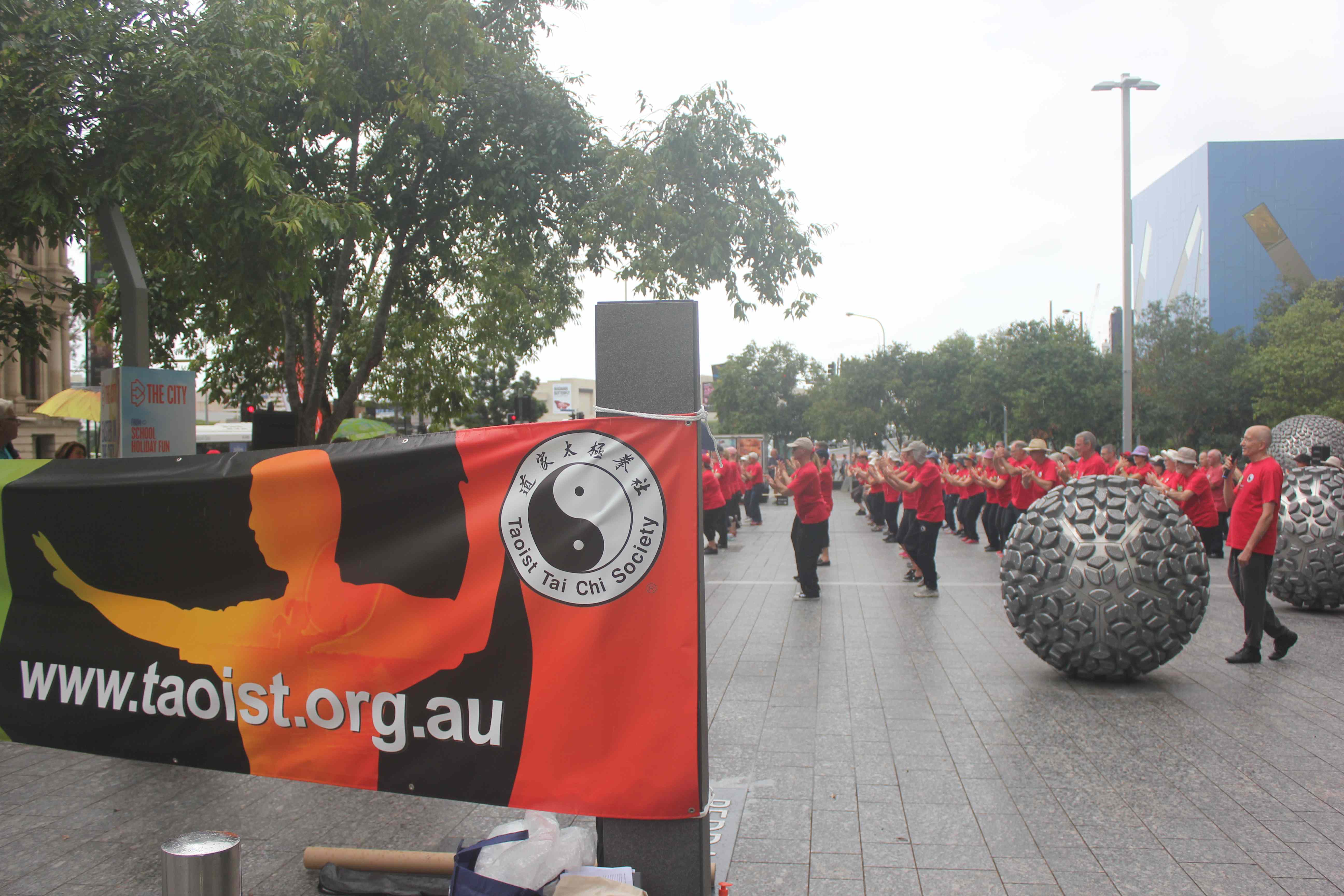 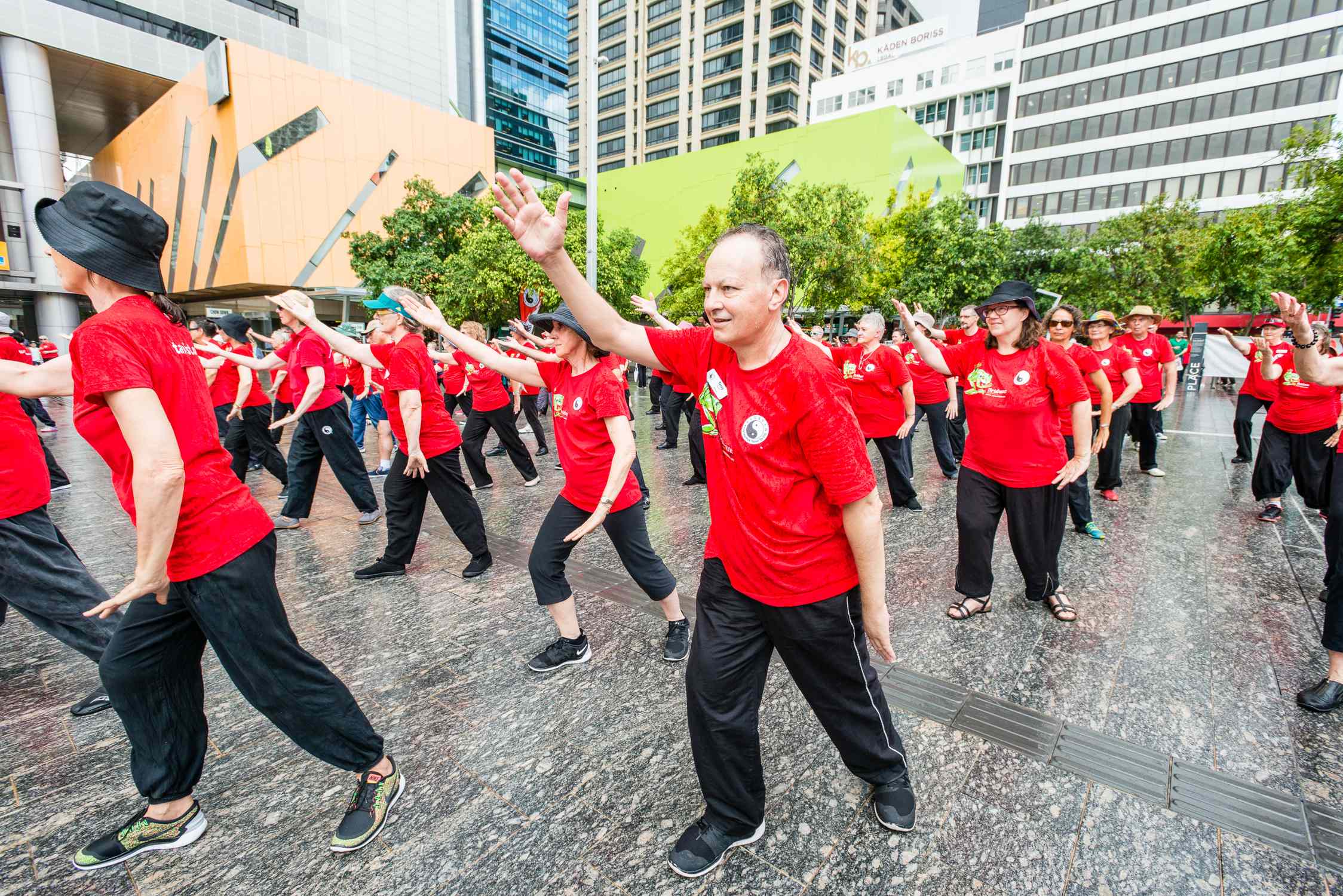 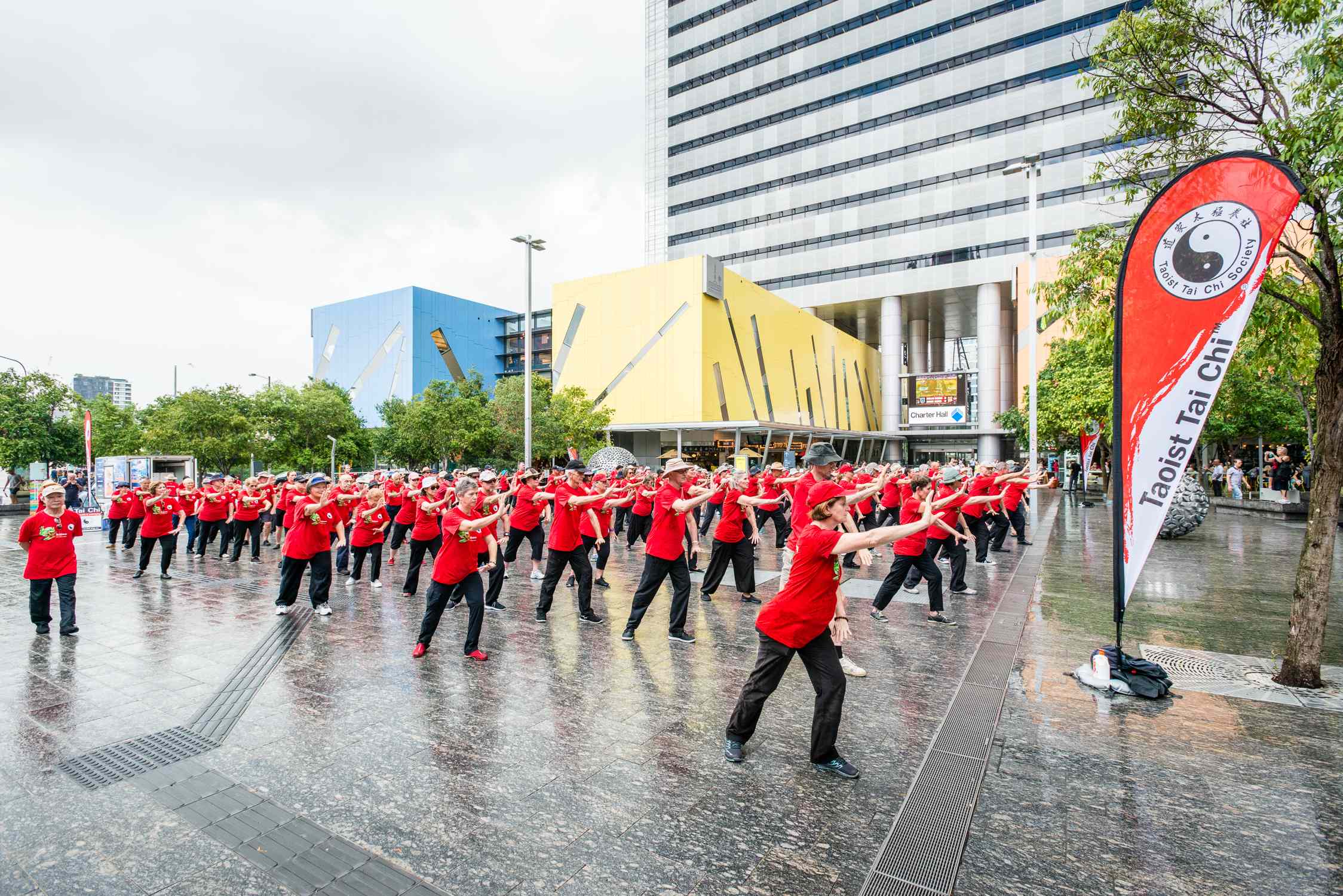 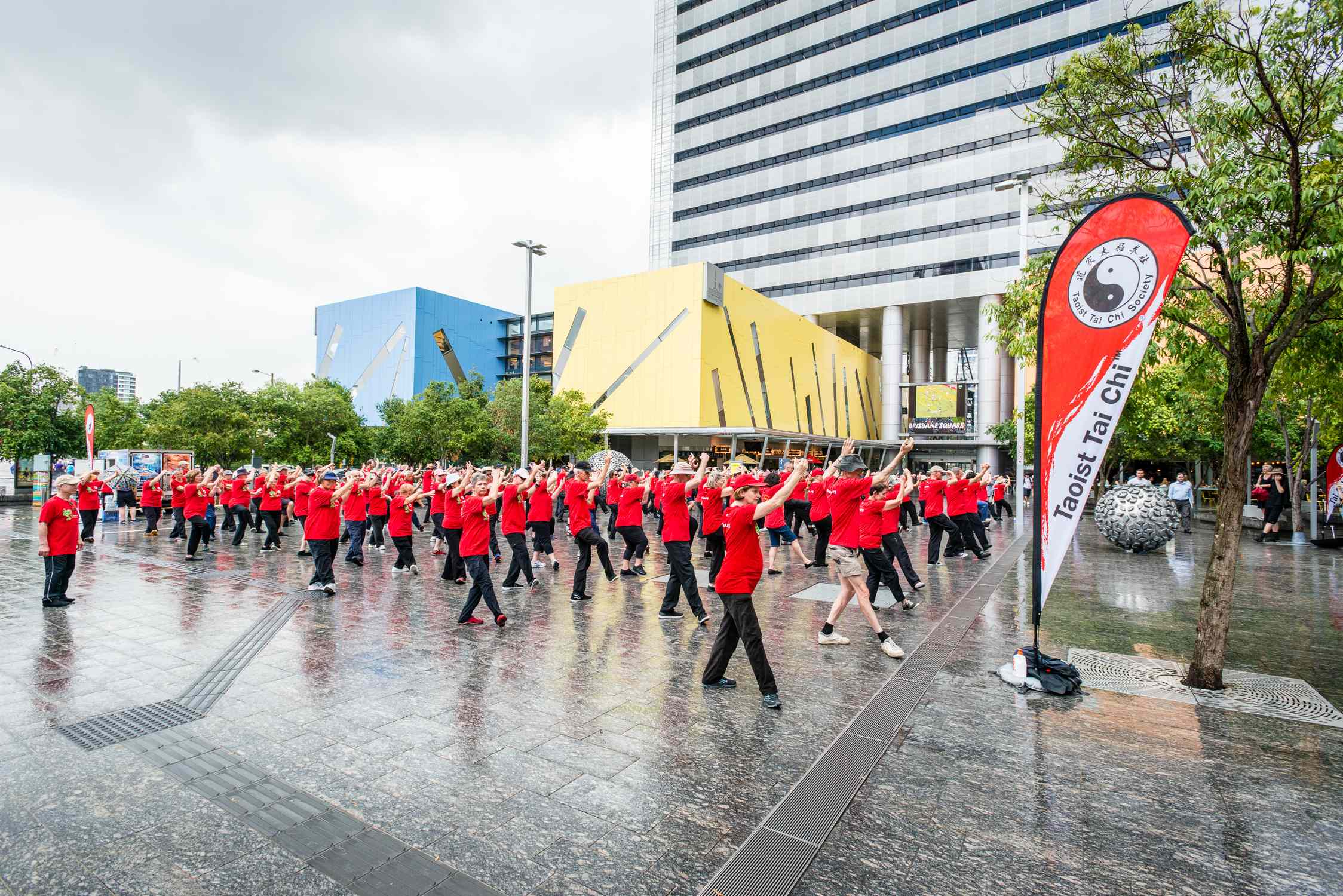 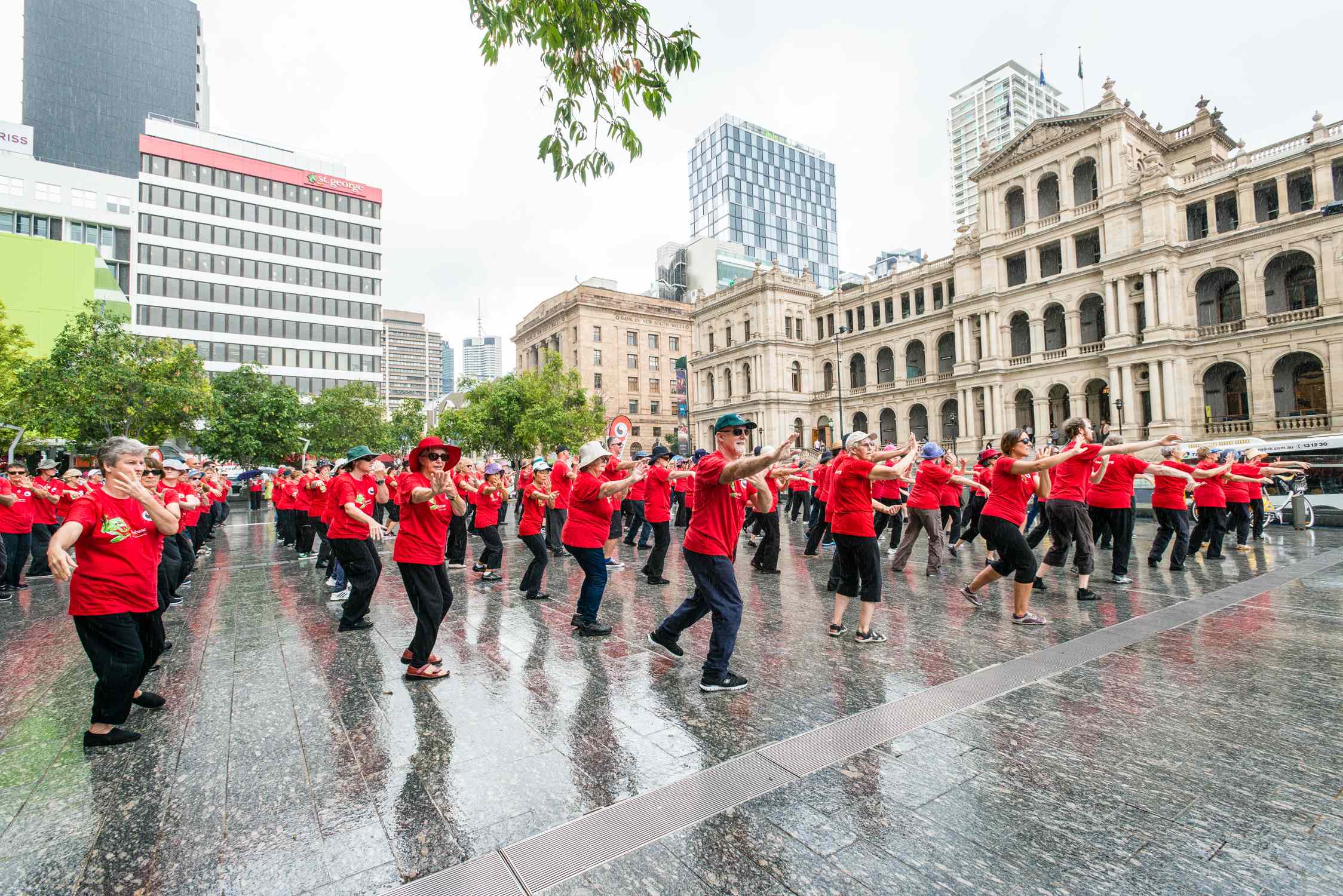 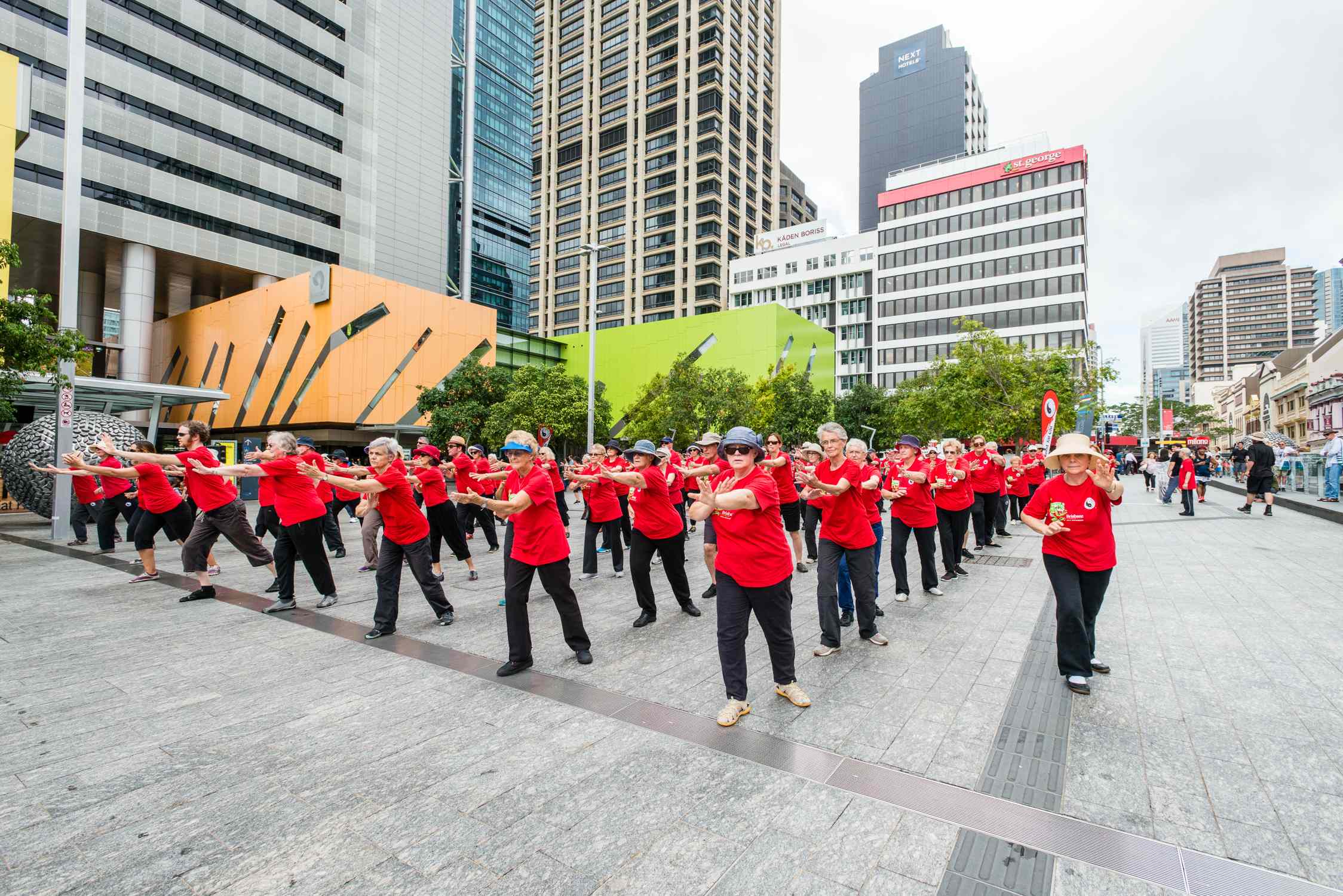 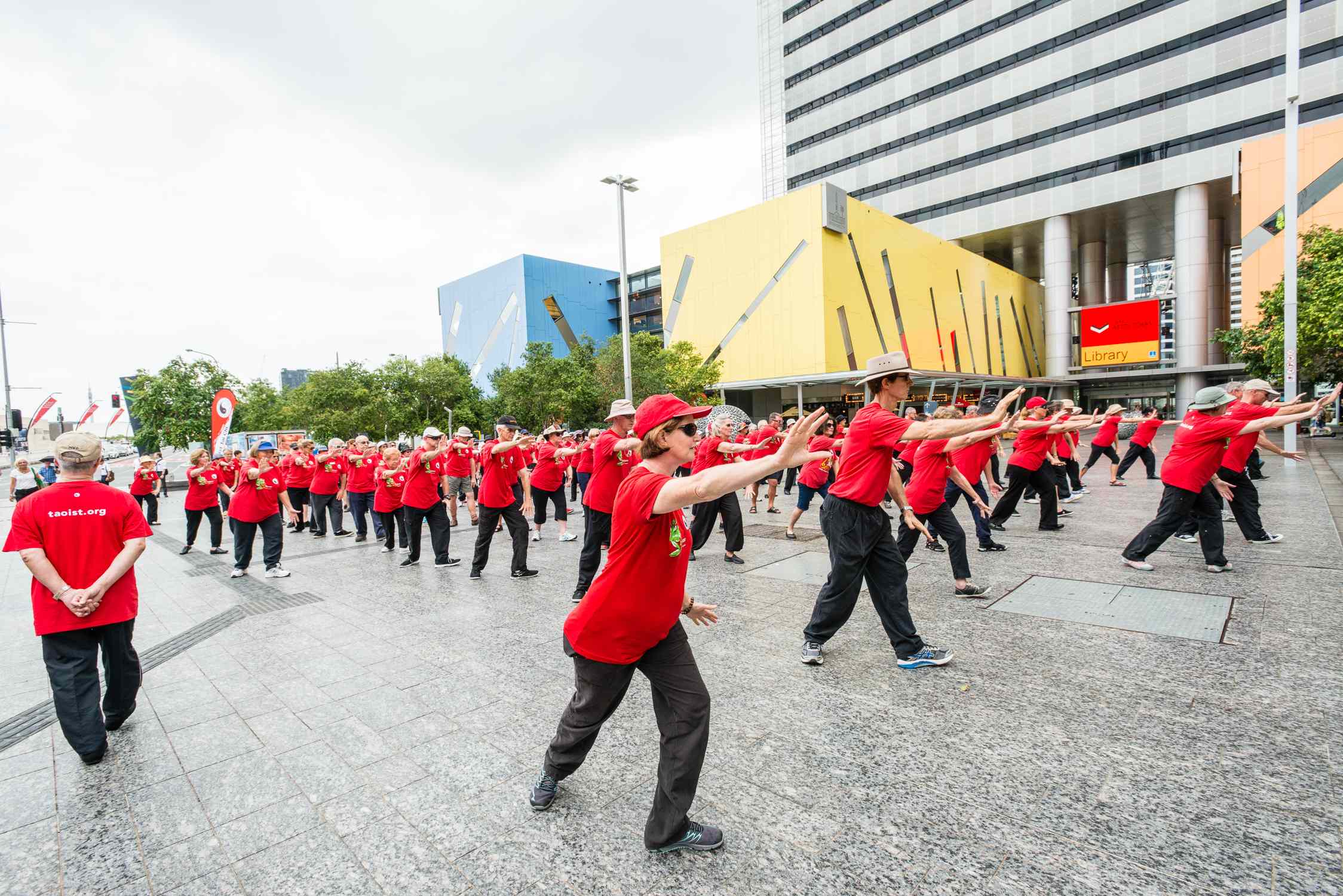 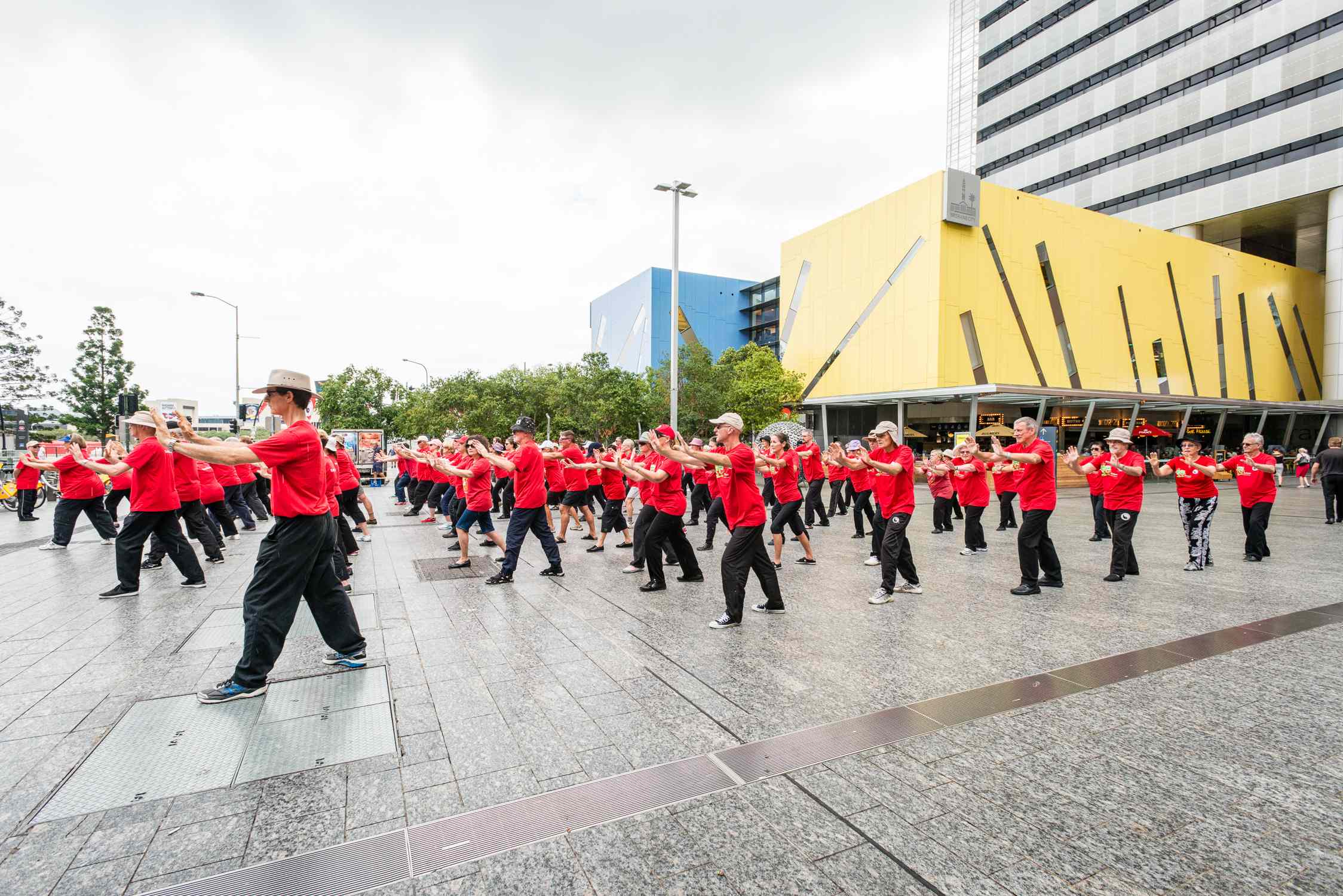 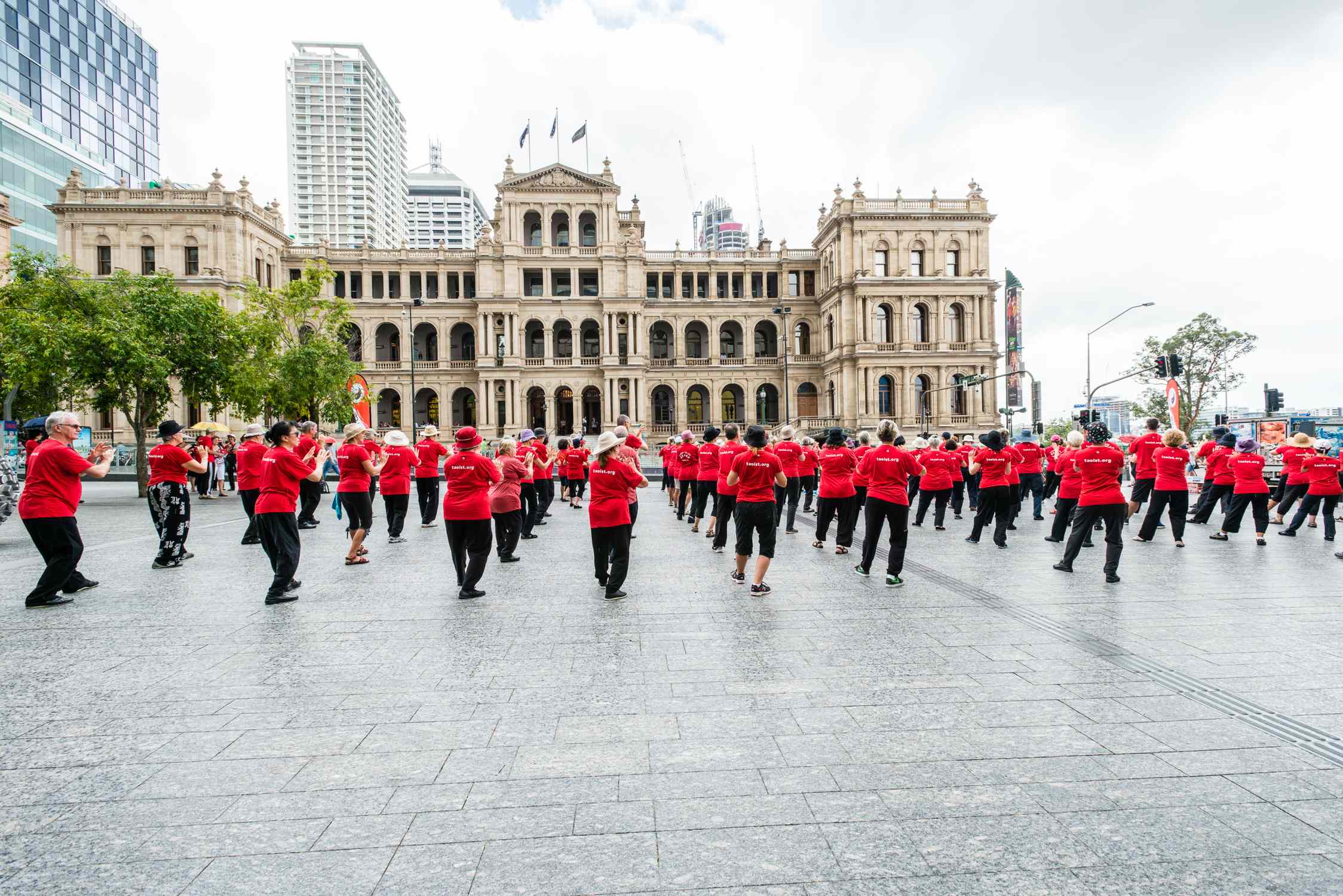 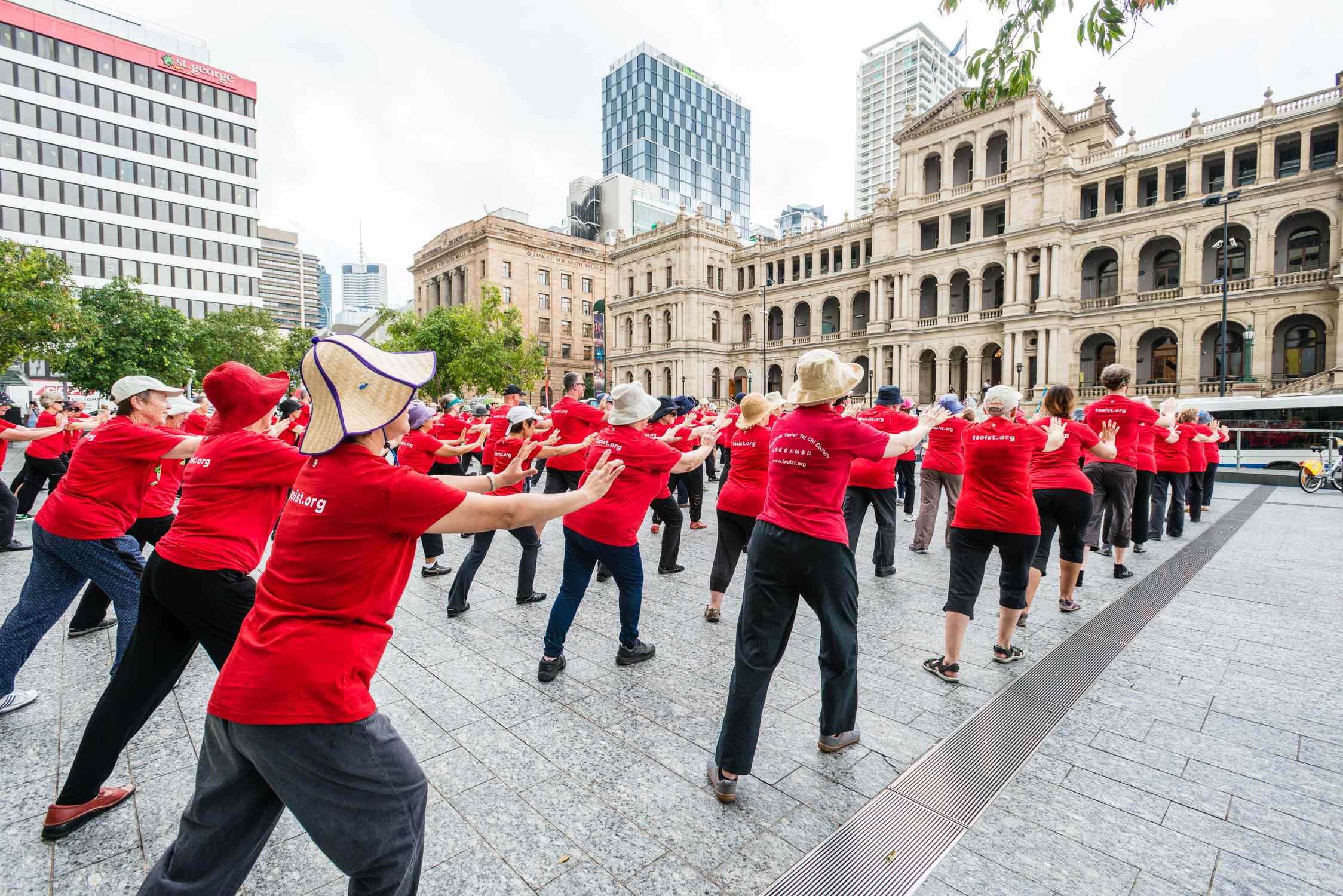 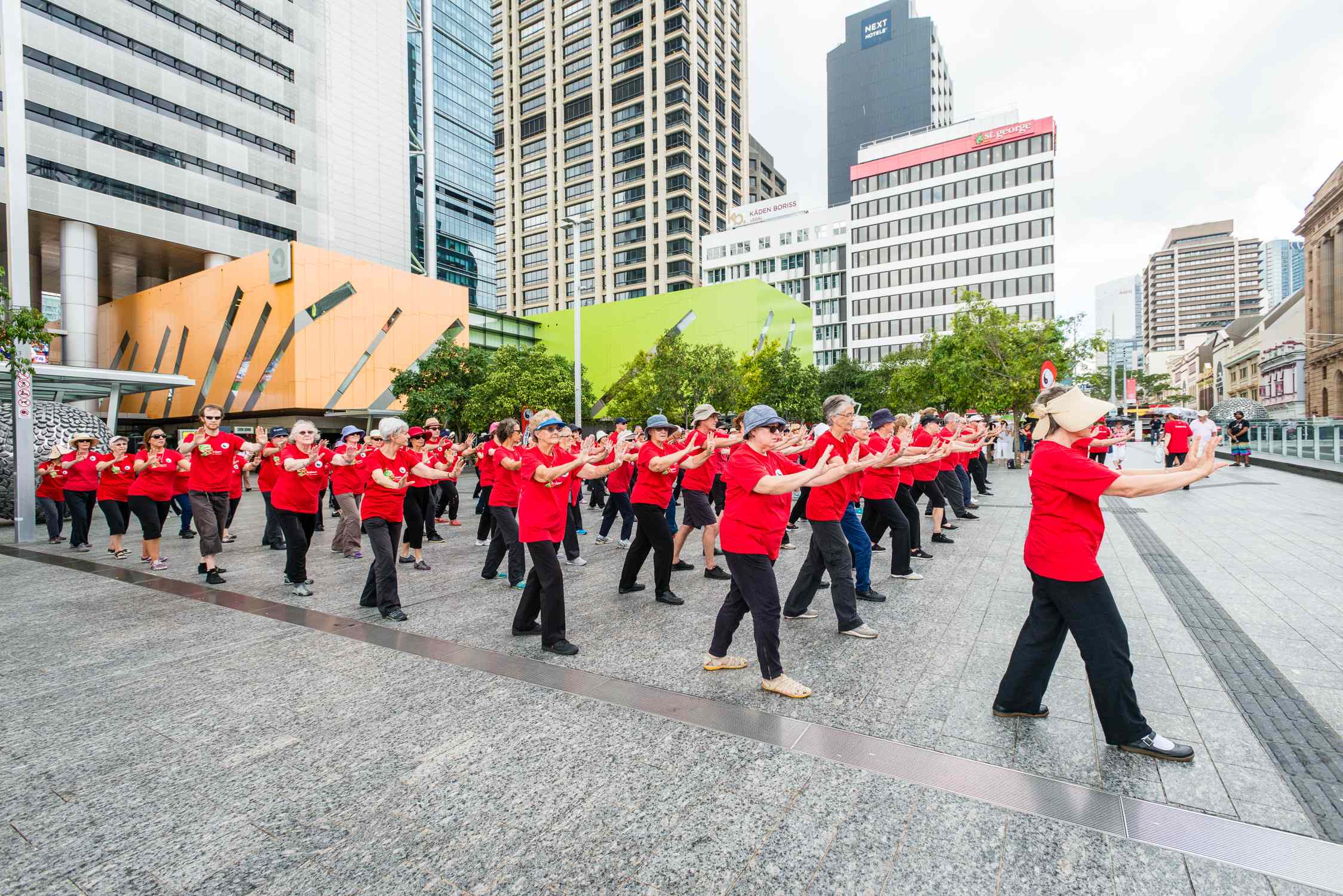 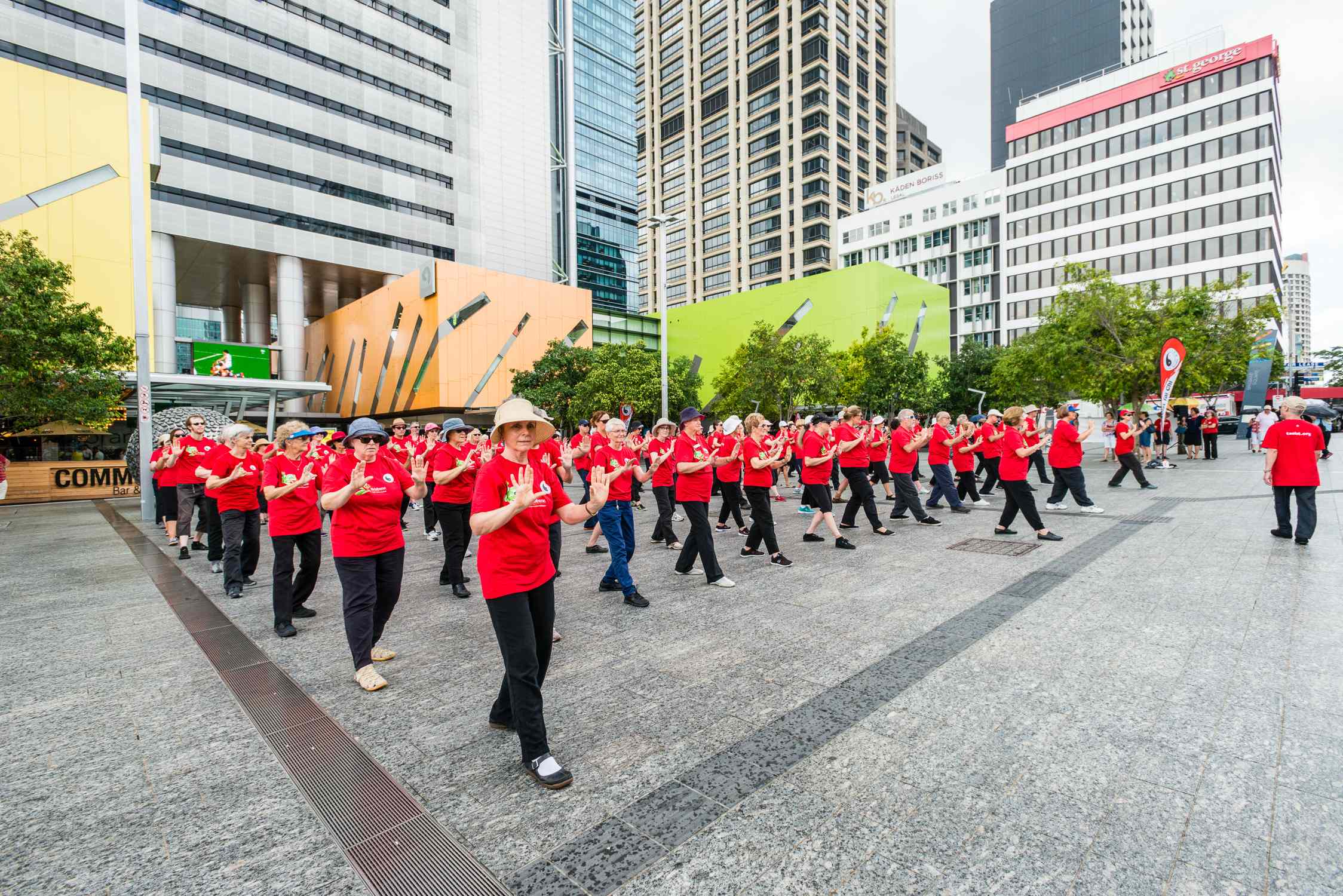 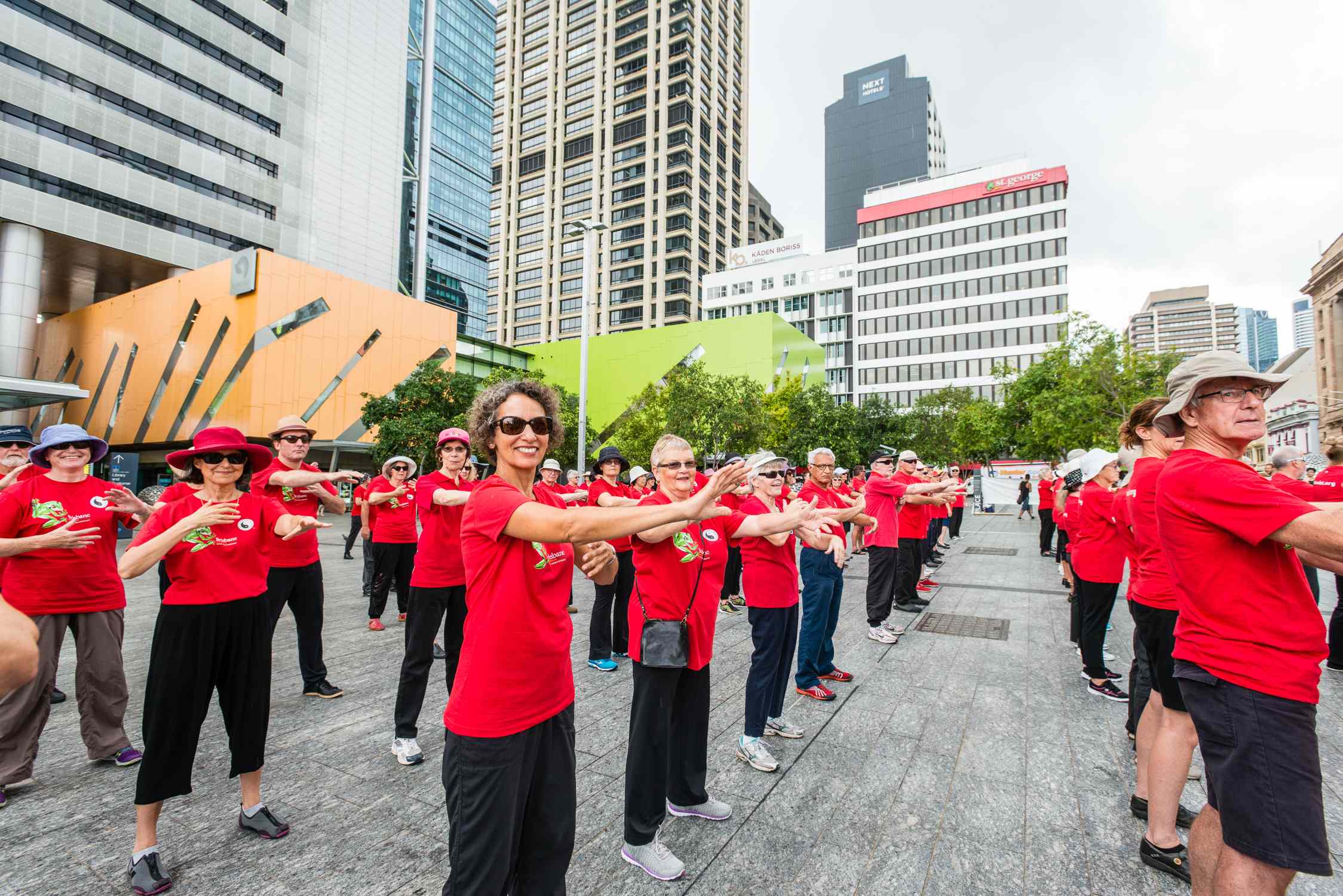 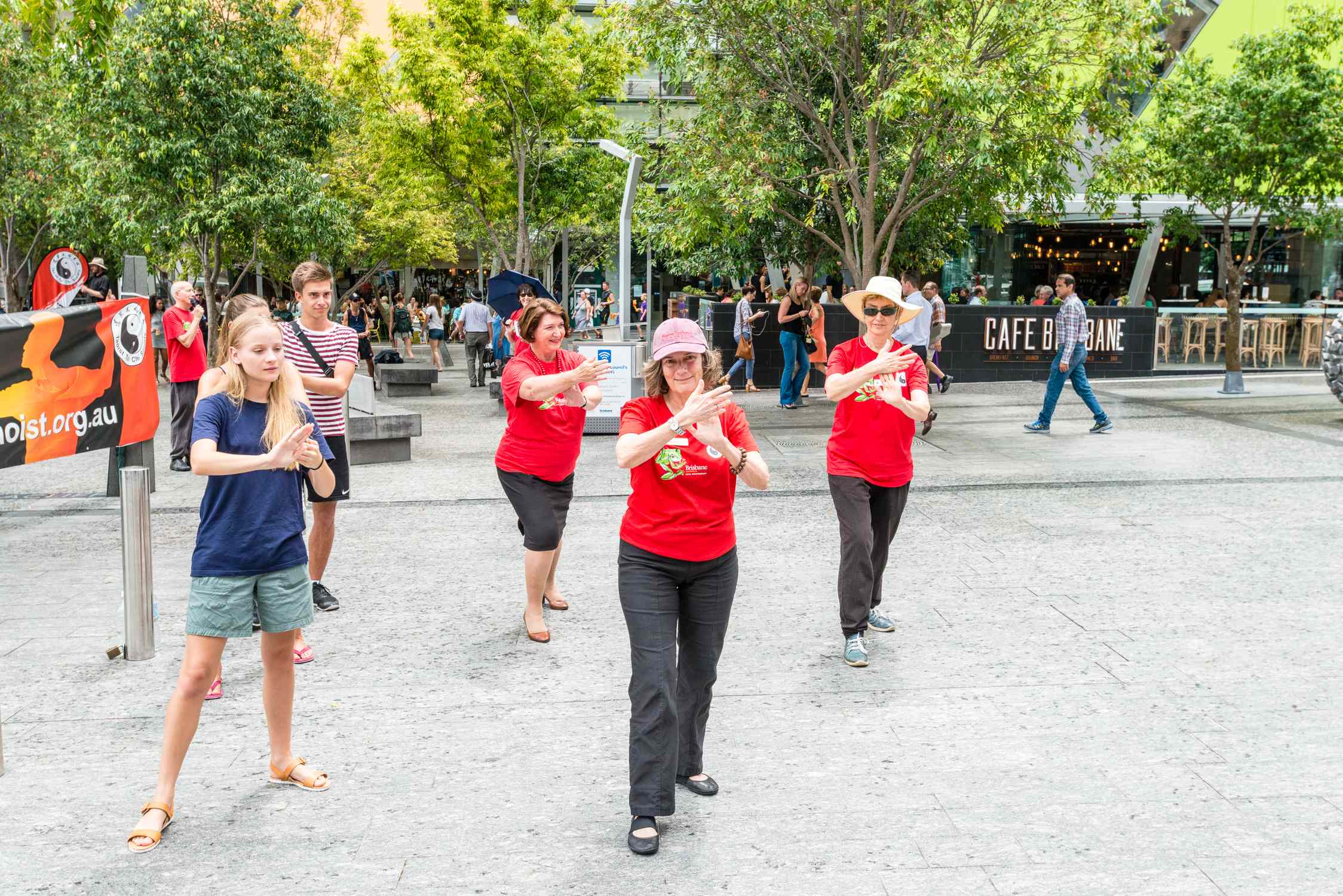 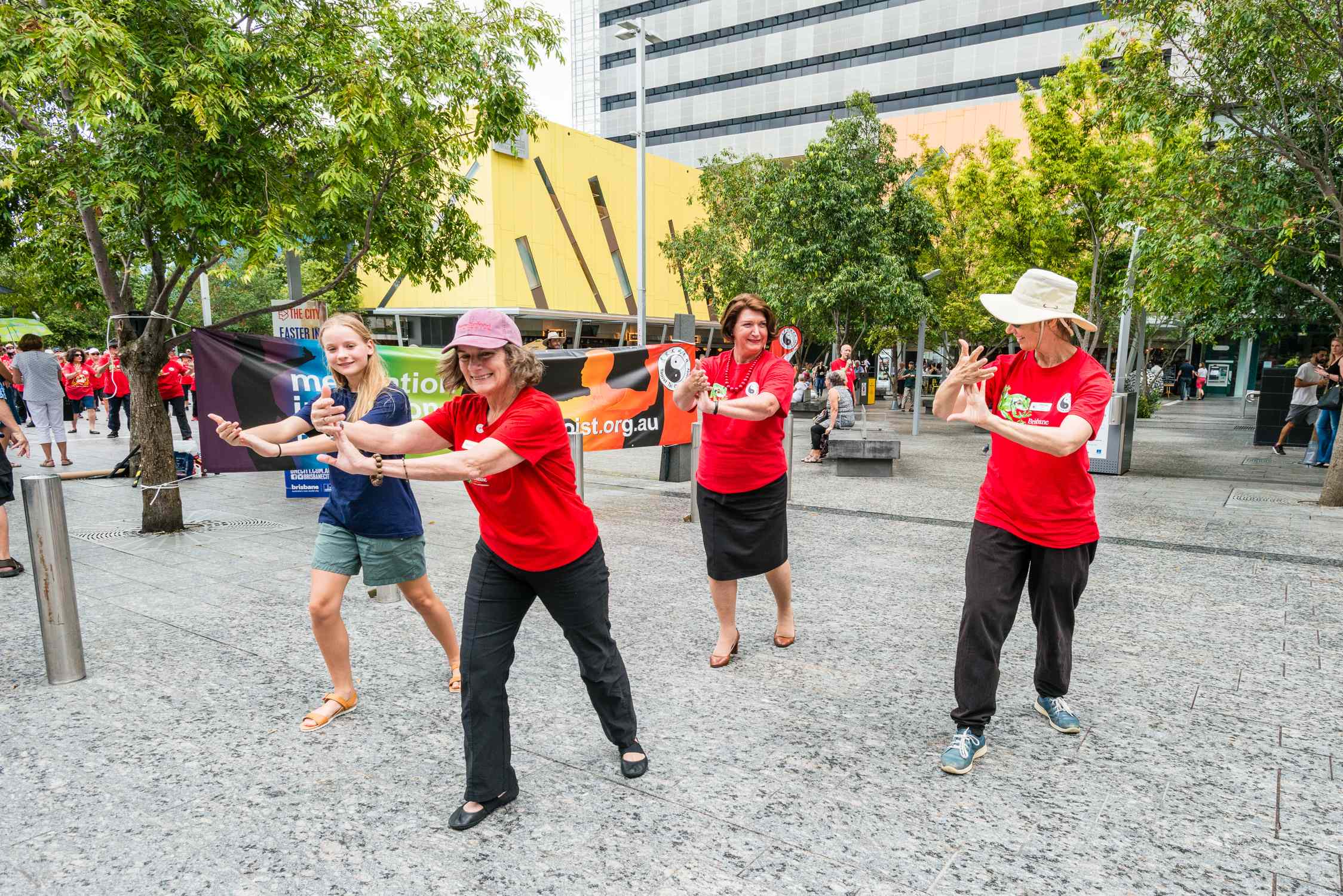 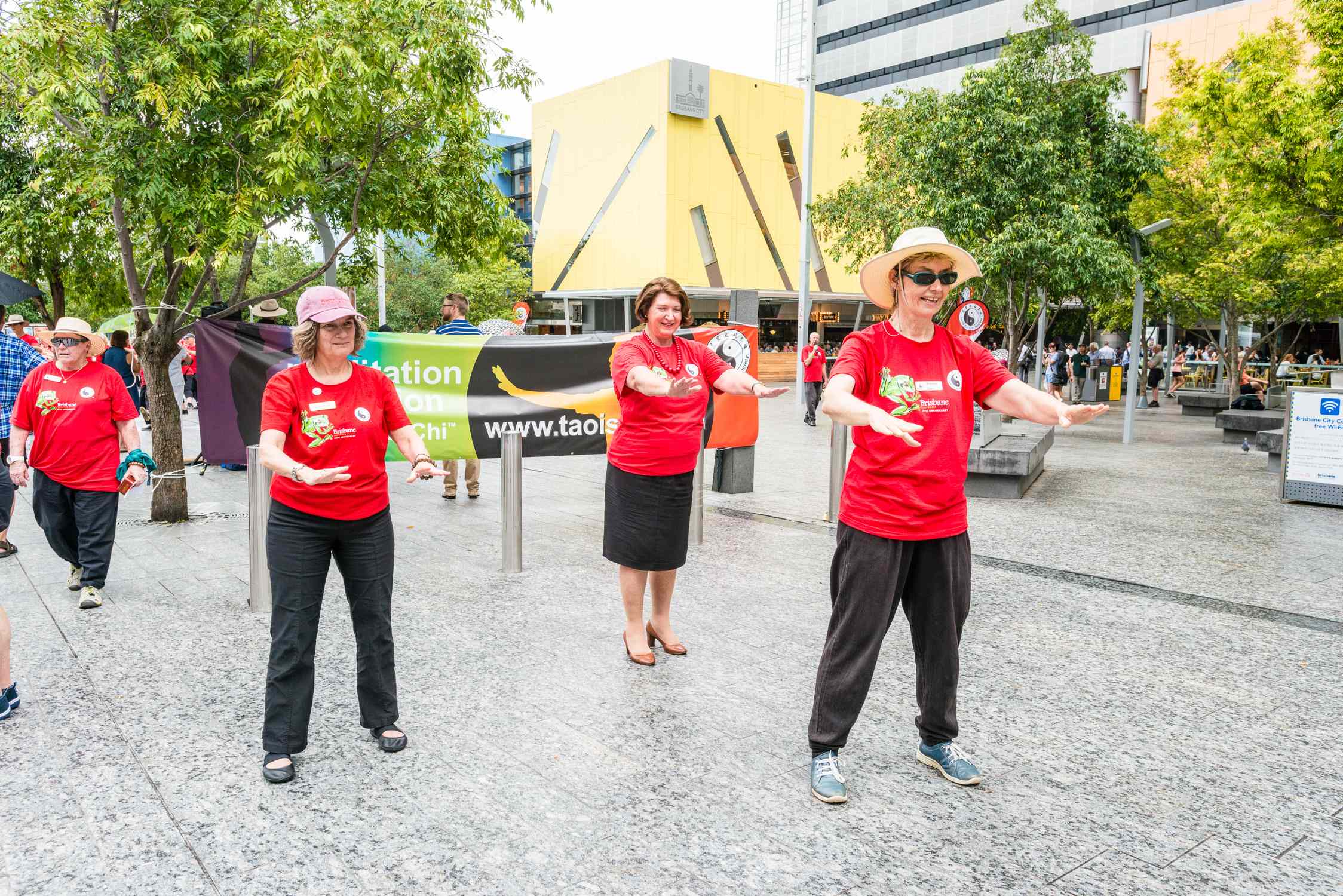 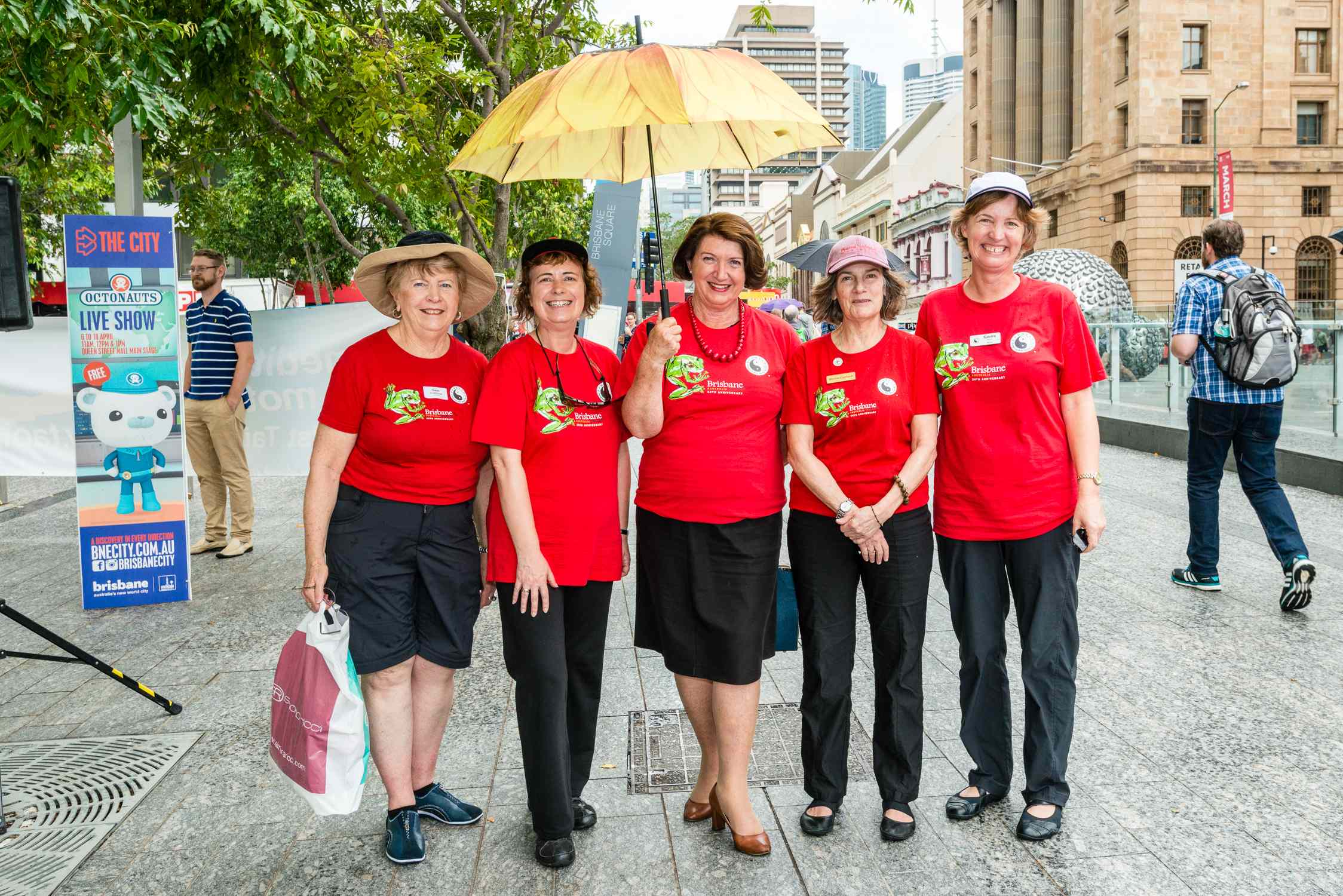 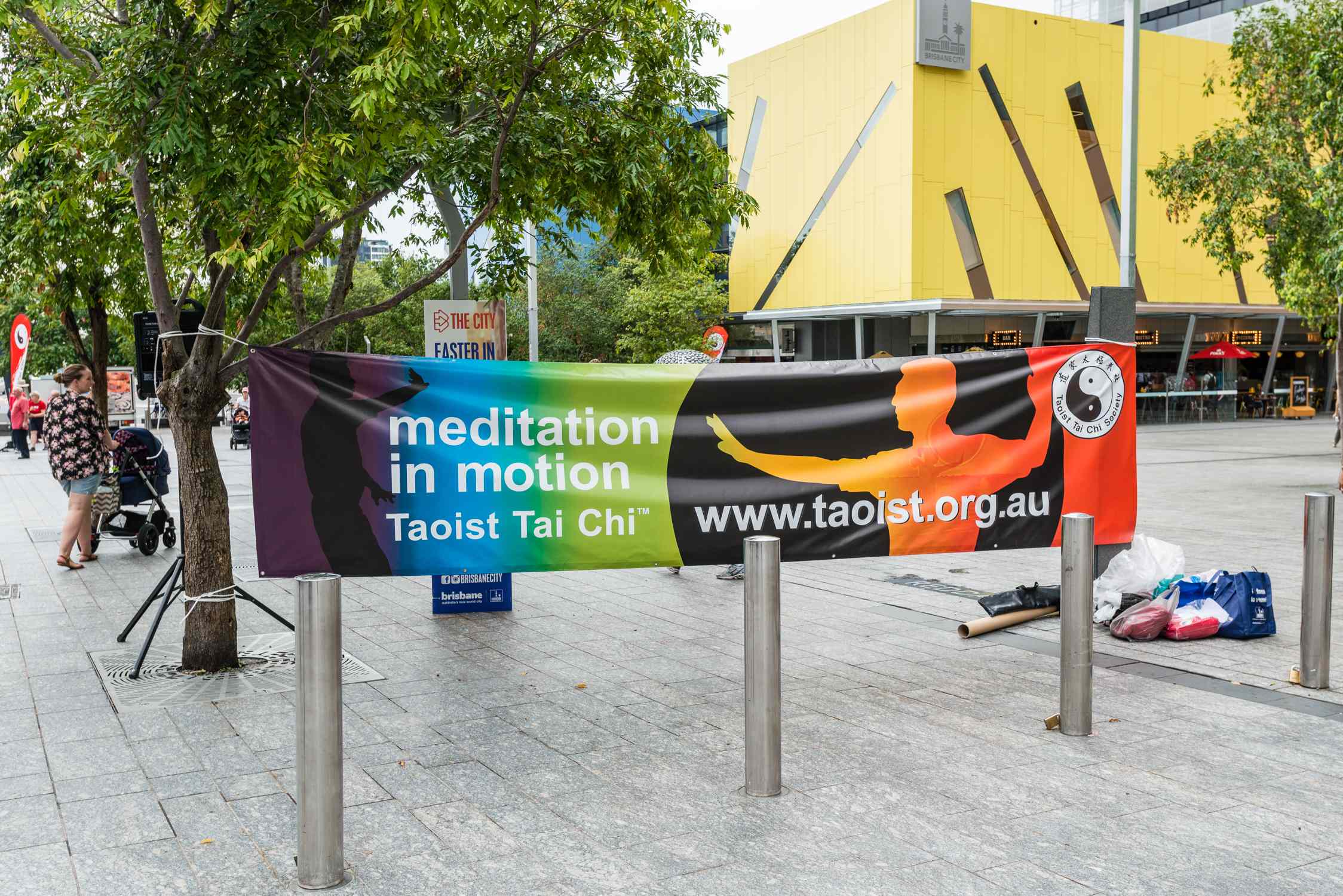 Among those trying a free tai chi class during the event was Brisbane City Councillor Vicki Howard who was also a special guest of the group at a celebratory dinner the previous evening.