The Kingston Heritage has reported on a demo tour by Kingston participants in Ontario, Canada, to celebrate their 40th anniversary. “We wanted to get out in the community and really show people what we are all about,”  Kingston branch leader Terry Kirkham told the news organisation. “We want to share what we do and the benefits of tai chi.” 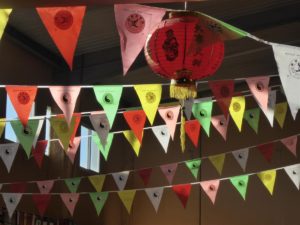 Margaret Little explained how she came to Taoist Tai Chi arts more than 20 years ago after being diagnosed with rheumatoid arthritis.

Originally, she was on harsh medication to treat her arthritis, including chemotherapy drugs.  “… I am looser and I am not in as much pain — and with the rheumatologist’s approval, I went off the drugs. Now I only take one Tylenol a day and do tai chi,” she said.  “It sounds cliché, but it really changed my life and it meant that I could take control of my health. As long as I do tai chi, I don’t need the heavy drugs.”