On Saturday I logged on to ‘Chanting for the world’ for the first time. I didn’t chant but just soaked up the feeling and followed one of the chants that I had printed out.
I found it very relaxing and enjoyed listening to the speakers. When the chanting was finished I realised that I was extremely hot and felt this could only be from the energy that was being sent around the world.
As I had put on a Taoist Tai ChiTM t-shirt, I thought it would be nice to go downstairs and do a set. However, when I reached 7 wave hands I had the feeling that there were a lot of people behind me, doing it with me, and actually turned around to check. Of course I could not see anyone but I knew they were there.
Maureen 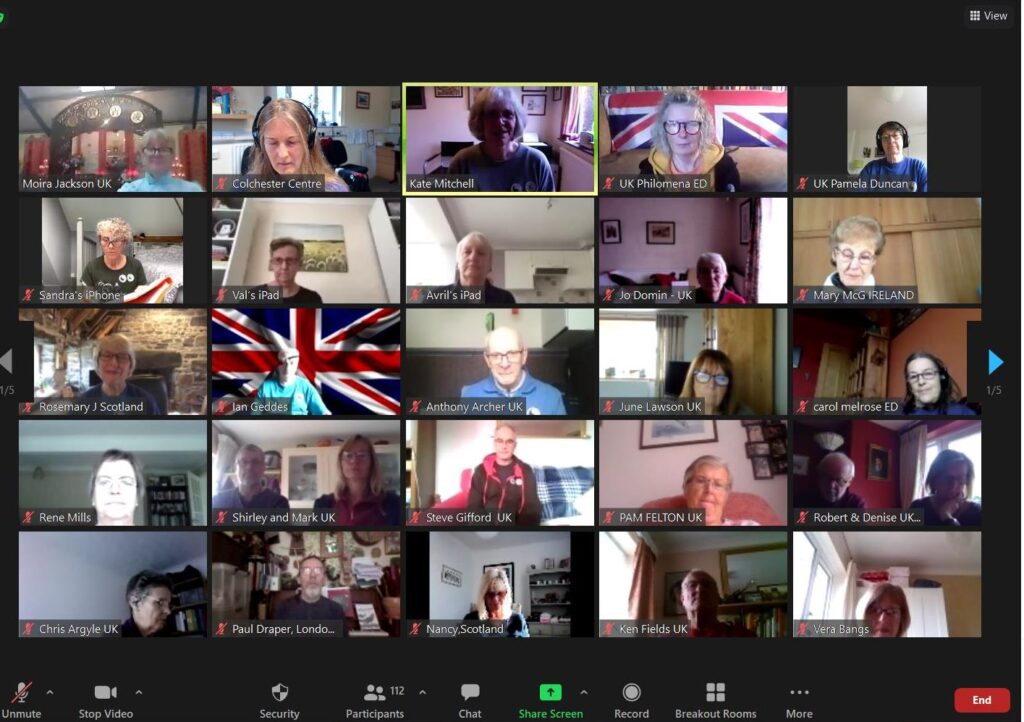