On October 5, 2017 over 150 participants from the Ottawa and Kingston branches came out onto the grounds of parliament in Canada’s capital to demonstrate Taoist Tai Chi® arts.  As we started doing the first set the Peace Tower clock on Parliament Hill struck noon, followed by several melodies including O Canada, Canada’s national anthem.  It made us proud to celebrate the 150th  anniversary of Canada and the 40th anniversary of following Taoist Tai Chi® teachings in Ottawa and Kingston. 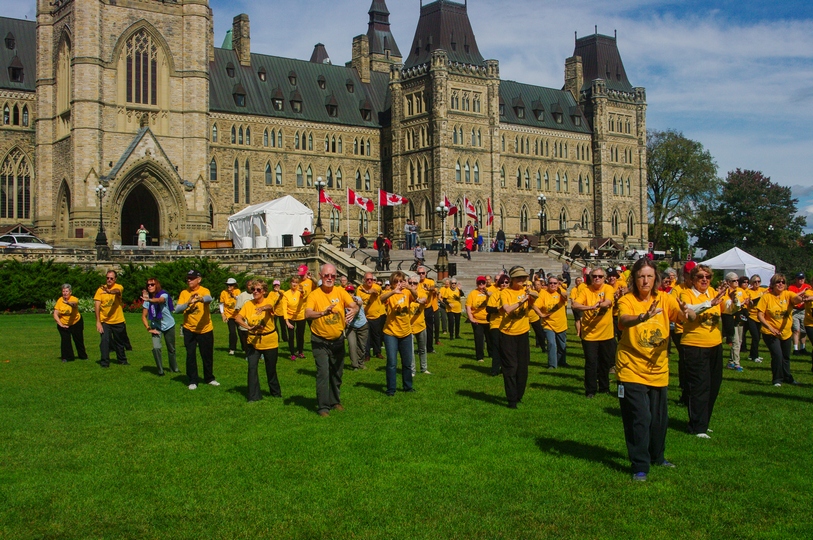 We attracted several tourists and local visitors coming to the parliament buildings, taking pictures and some approaching to ask questions. As we were doing the foundations and the set of tai chi, a couple of participants spoke about the benefits of tai chi, the recent celebration of International Seniors’ Day, and how we were able to maintain nice balance and flow as we did the set on a grassy area.

It was a great day with everyone enjoying getting together to participate in showing the benefits of their Taoist Tai Chi® practice. 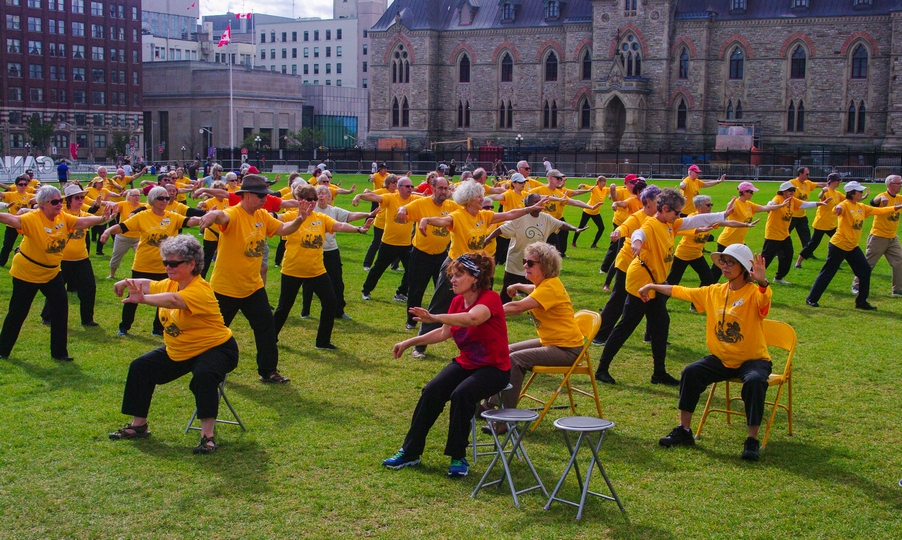