As we separate the address of the Fenway Hotel from the Taoist Tai Chi Society property to accommodate Mainsail activities, we have updated the buildings to reflect the new addresses acquired from the city. 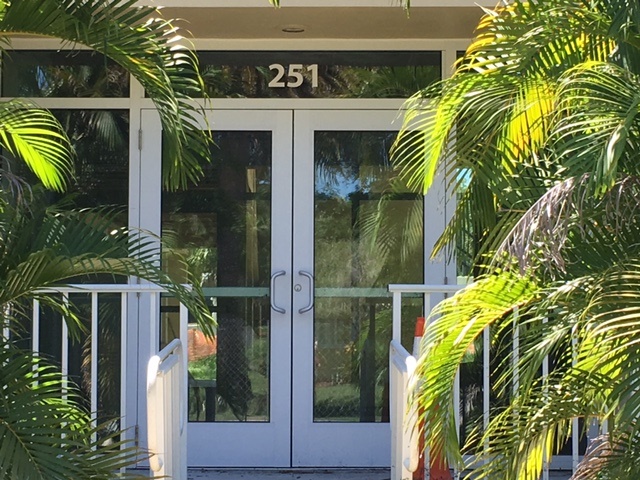 Building E
The center’s new address was placed on the storefront window and mailbox. 280 Locklie Street, Dunedin, Florida 34698, is now the official address for the International Center Florida.
Building A
In Building A structural rough framing is taking place.  Framers started the ADA restroom reframing on the first and second floors of the southeast wing for Mainsail changes.
Work is continuing on the stairway to the third floor from the second floor.
Fire blocking was completed throughout the building. 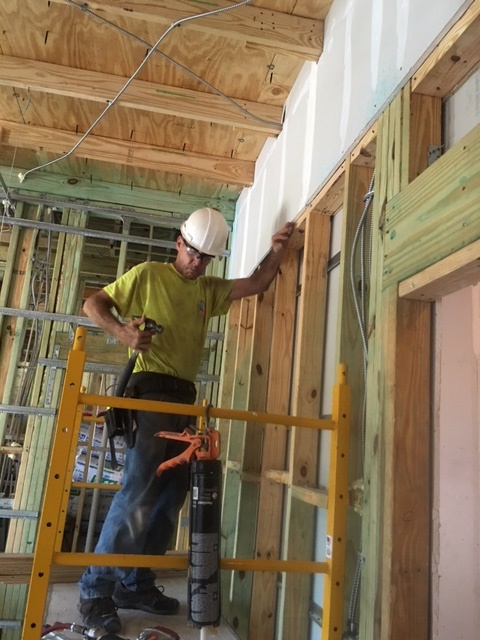 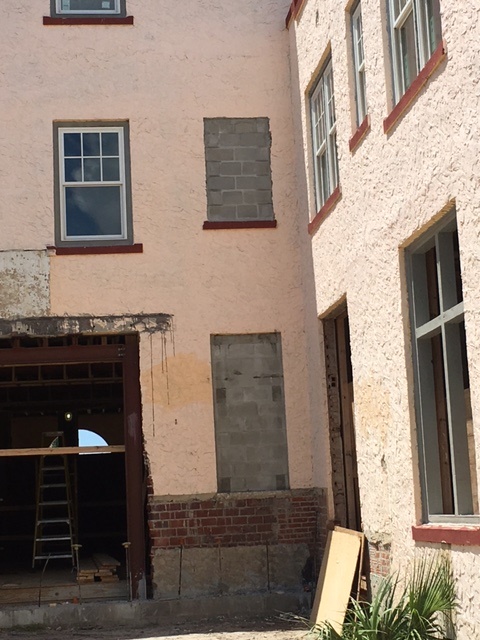 Plumbing work is also on the agenda.  Plumbing is ongoing in the southeast wing, both the first and second floors.
Electrical work continues as well.  Electrical rough-in is ongoing on the first floor of the southeast wing.
Besides these areas there are miscellaneous details to attend to.  Demo started on southwest wing interior framing. This wing was the most damaged of all of the wings in the hotel. It is being structurally rebuilt to support a rooftop bar.  Many members are asking if we could go to the rooftop bar for a beer after class to watch the sun set. All agreed that would be very nice.
Cow tongue drains were installed around the building replacing old rusting pipes. This is part of a secondary drainage system to prevent water damage to the building.