Many hands made light and beautiful work.   Our branch main location was polished, and draped in red and gold.  Volunteers created centerpieces of origami roosters, roses and tulips.

The upstairs practice space was transformed to a reception and silent auction space for the pre-banquet appie hour mingling.  Drums of the lion dancers called us downstairs for the feast. 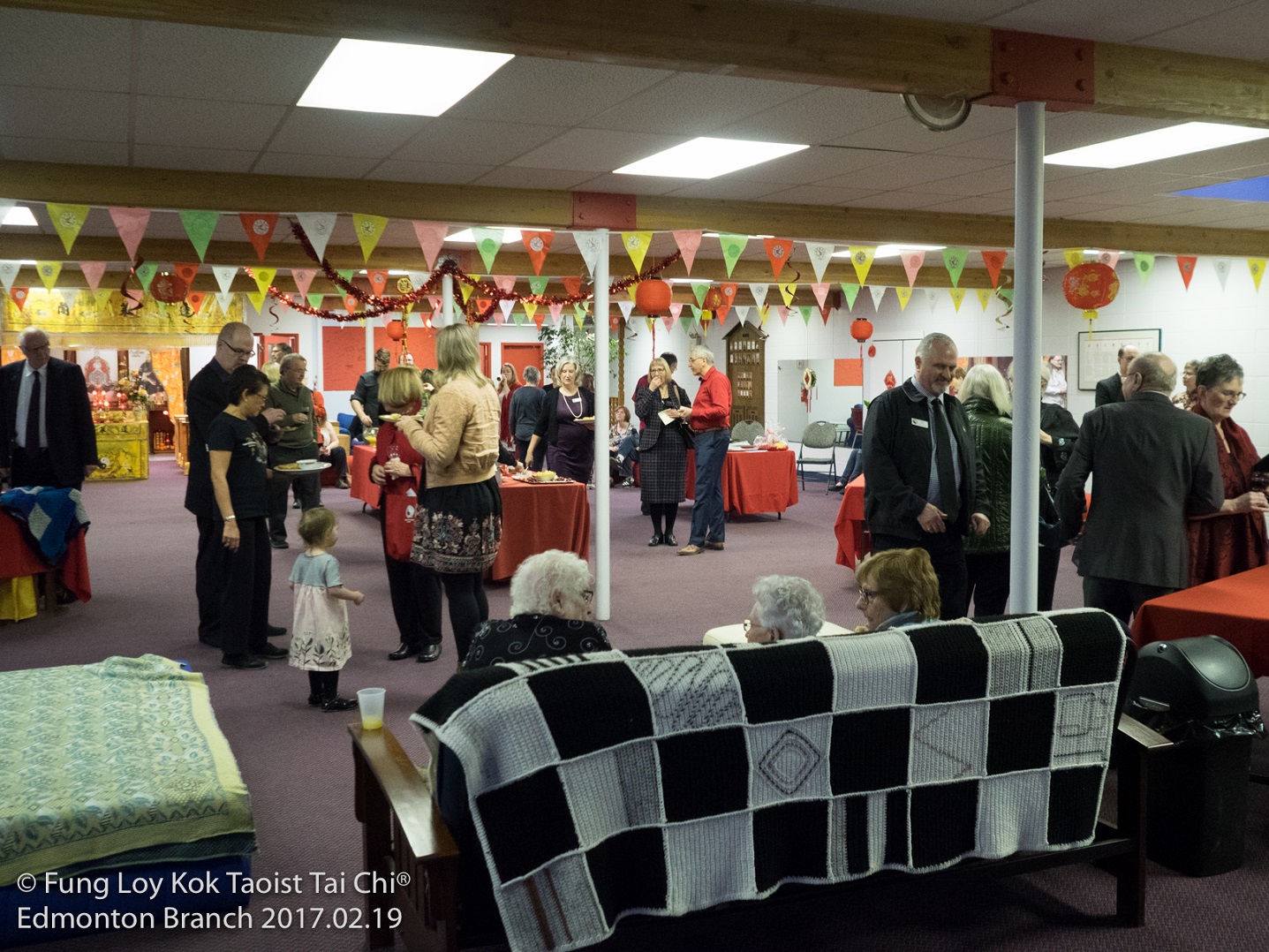 We joyfully celebrated prospects of a prosperous and healthy year of the rooster.  Eight tables of family, friends and our tai chi community were joined by honoured guests MLA Jon Carson, and Mayor Don Iveson.  The latter two brought greetings on behalf of the Alberta government and the city of Edmonton. 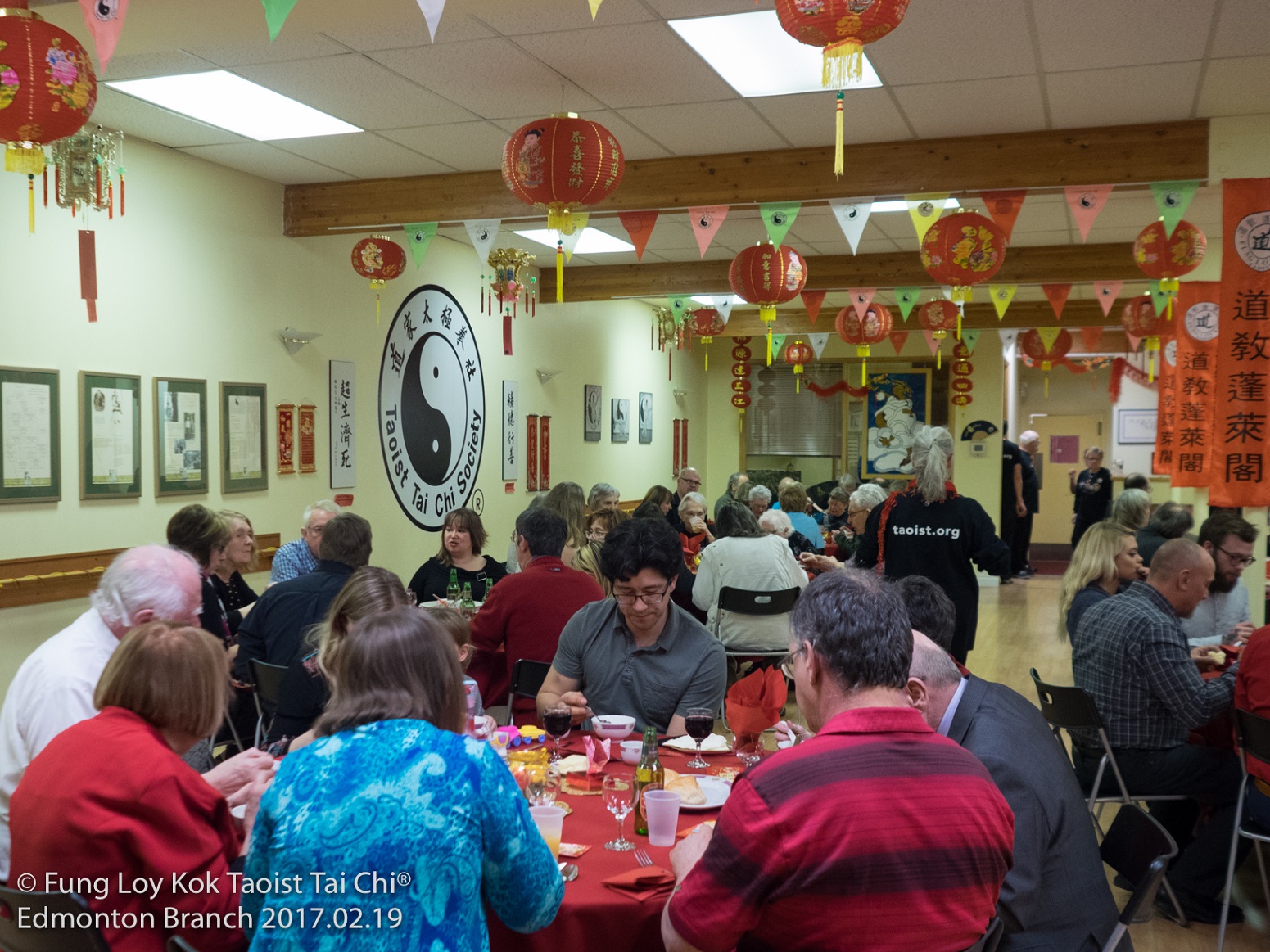