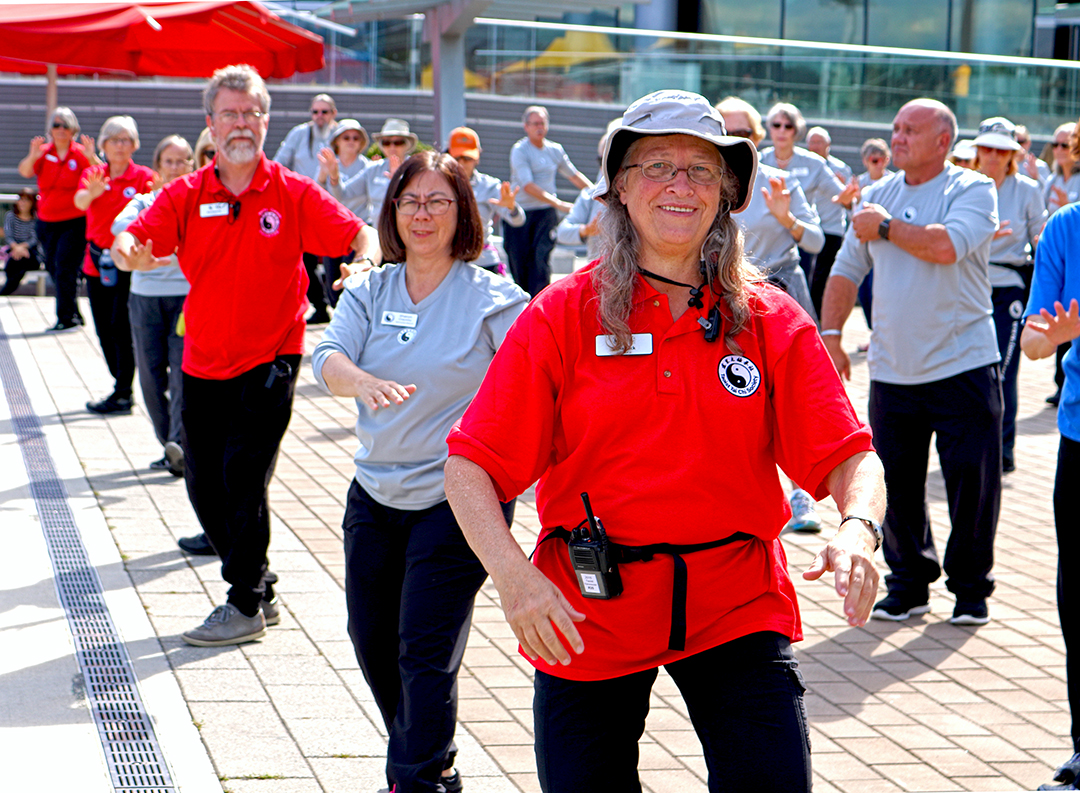 Hundreds of practitioners of Funk Loy Kok Taoist Tai Chi® arts came out Sept. 12 to celebrate International Awareness Day on the Vancouver, B.C. waterfront and take part in a Sabre program at our Pacific Region Centre.

More than 300 of us arrived by ferry, bus, transit and on foot at Jack Poole Plaza, overlooking Vancouver Harbour and the North Shore Mountains, and hundreds of residents and tourists stopped to have a look at our demonstrations of the 108-move set and the Sabre set.

Victoria instructor Rod Edwards told participants and onlookers that, as an academic, he spends a lot of time sitting in chairs, and he soon realized that staying fit is easier said than done. It wasn’t until he discovered Taoist Tai Chi® arts that he found a counter-balance for his sedentary profession.

But Tai Chi is not only for aging people who want to regain the flexibility of their youth. “We also have people who are young and healthy and want to stay that way,” he said.

“Workshop leaders Jim Nicholson and Verity Rolfe kept everyone well focused on learning to skillfully incorporate the movements of the sabre, and to use the sabre to learn more about balance in movement,” Conway said.

“Everyone agreed that they came away with more understanding about their practice of the Taoist Tai Chi® arts.”

As always, a small army of volunteers made the weekend a success by organizing every detail and keeping us well fed.