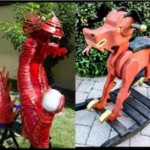 Inspired by the Dunedin Center’s dragon bike rack, James Mallory, working on Fenway’s construction, built a Rocking Dragon from wood reused from the Fenway and donated it to the Branch.  This was raffled as a fundraiser at Tai Chi Week in November and won by Steve Shaya of Dunedin.  He shipped it to Santa who […] 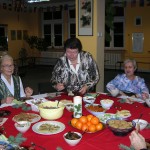 At a warm December evening, a week before the Christmas Eve, the door of our society house in Wroclaw were still been open towards the influx of following members. That is just tradition of common celebrate of Christmas at our beautiful centre, which at such moments gives to us special warmth. Everybody has taken the […] 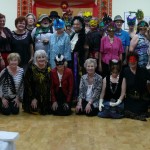 A Masquerade Ball in Sarasota, FL

The 8:00 am class took responsibility to plan a holiday party at the Sarasota, FL branch.  Afraid it would be difficult to lure people out of their comfortable homes during the holiday break, the class decided to do something different.  With Branch Council support, and a bit of skepticism – the idea was put into […] 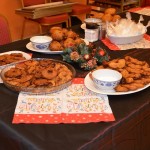 It is a tradition in the Netherlands to eat “oliebollen and appelflappen” on New Year’s ​Eve. People prepare them at home or buy them in special shops. Why ​not make them in our own centre in Helmond? So we did. A team of volunteers made hundreds of them. The quality was praised by those who […] 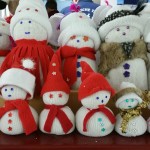 Fun and fundraise with snowmen

It started with a good idea. We bought a lot of white socks, started knitting and collected some other things. We then invited the participants of the Haarlem location to come on Thursday afternoons to make a family of snowmen. We had a lot of fun making them while Christmas music was playing […] 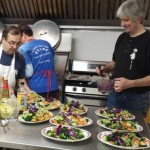 Participants from across the Atlantic Region assembled at the regional centre in Halifax on December 5, the weekend scheduled for the holiday season program. We practiced and learned together Taoist Tai Chi® arts throughout the day.  In the evening the participants were joined by their guests to enjoy a wonderful ten-course banquet. Our dynamic emcee […] 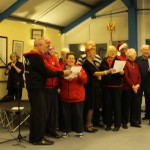 Seasonal Celebrations at the European Centre

On Friday evening at the European Centre in Colchester the weekend’s activities began with chanting the “Ten Thousand Bhuddas” sutra for the Autumn Moon Festival. This was followed on Saturday morning with over a hundred participants taking part in our last intensive of the year. Everyone joined in with the karaoke dan-yus singing “Jingle Bells” […] 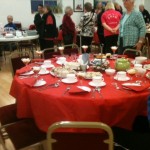 The Western Region Centre in Newport, South Wales, held a Christmas party with an unusual twist this year. A High Tea was organised with finger sandwiches of ham, egg and cucumber followed every possible type of cake, including mini eclairs, lemon drizzle cake, Christmas Cake, mince pies and lots of mini chocolate cakes along with […] 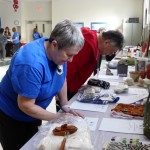 December 5, 2015, 47 participants and guests of the Newfoundland Branch hosted our annual Silent Auction and Cake Walk fundraiser. After the regular continuing Ssession, we enjoyed soup together, all the while bidding on the multitude of silent auction items. Sprinkled throughout the event were ‘cake walks,’ where people paraded in a circle to the […] 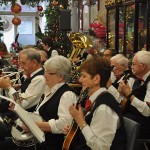 After a morning of practicing Taoist Tai Chi® arts 130 Windsor branch participants and families shared a potluck lunch and holiday season celebration.  Music supplied by Windsor Banjos provided a festive background for lively conversation, dancing, and children’s crafts, as we waited for the much anticipated visit by Santa Claus.  The annual food drive for […] 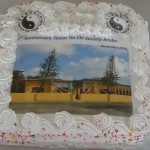 After attending the the Lok Hup workshop at the Fenway, I travelled, via Miami, to the Caribbean island of Aruba for the First Anniversary of the centre there. Irena the President and other members told me about how they had raised funds for the new building over the last 17 years. They all seemed so […] 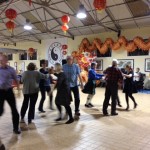 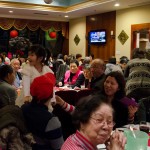 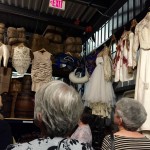 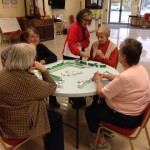 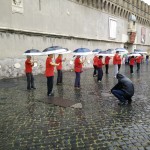 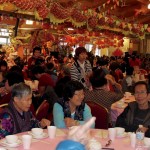 The first annual Autumn Jai Festival was a great success!  On October 17 at the International Centre near Orangeville, FLK hosted just under 1300 guests, mostly from the Chinese community, (most of whom were not familiar with our organization), for one of our biggest Jais ever. it was a sold out event and guests were not deterred […]
Showing results: 421 of 20
Showing results
Our use of cookies