To ponder:  What is it that makes the “culture” of Fung Loy Kok Taoist Tai Chi® so special and enduring? 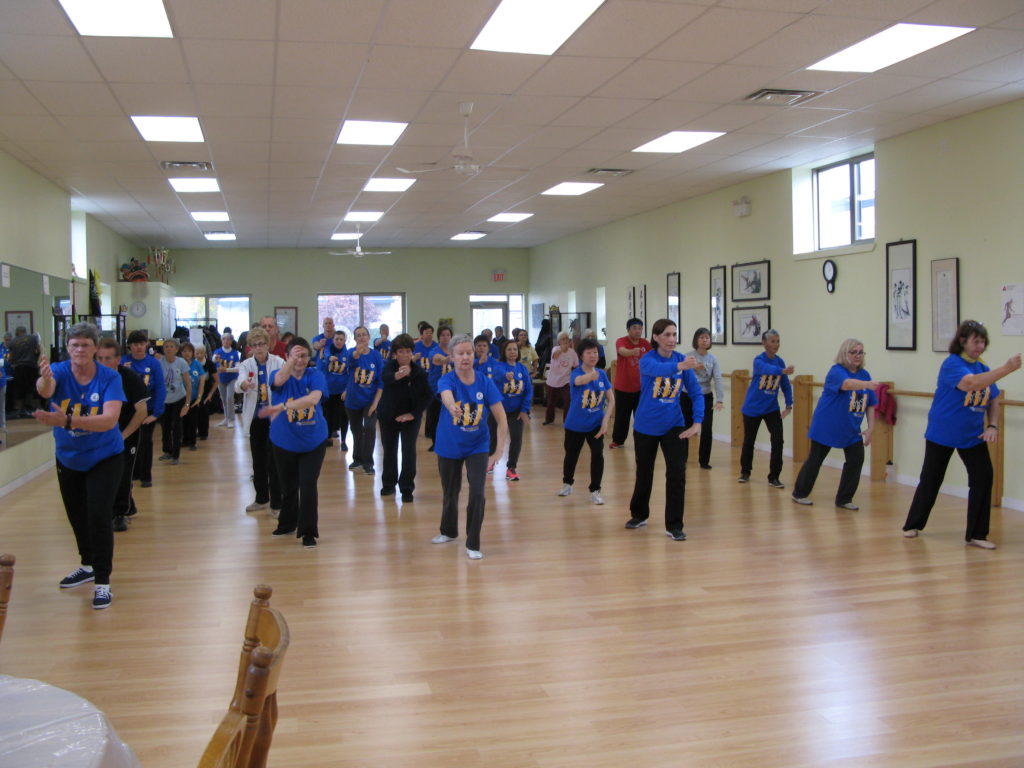 The Saturday morning beginner and continuing classes conclude with one last set “to just enjoy it”.  The room goes from the peaceful silence of a class playing tai chi to a slowly rising tide of the sounds and sights of a large group of people busy at setting up this party. 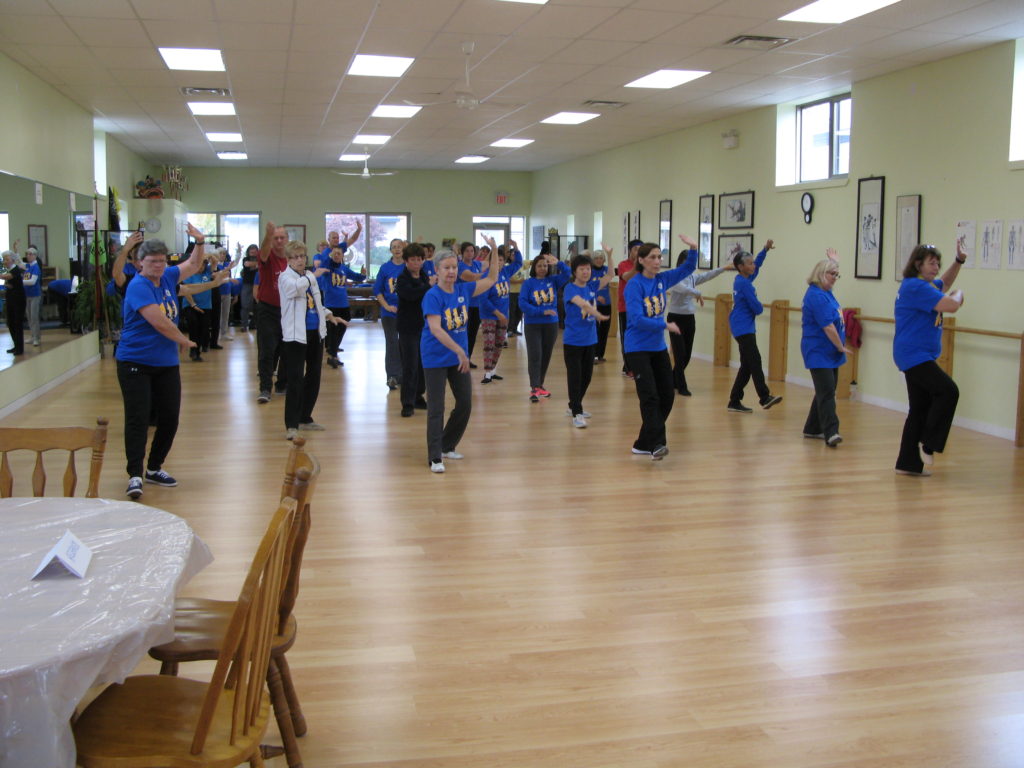 People move through their tasks with harmonious motion and cheerful intent.  Some have signed up for jobs ahead of time while others have walked in the door and seek to assist in the preparations.  Someone asks: “What can I do?” and the response is: “Eyes see, hands do” and smiles are exchanged.  Everyone is busy and the room fills with eager anticipation.  Don-yus can make you very hungry. 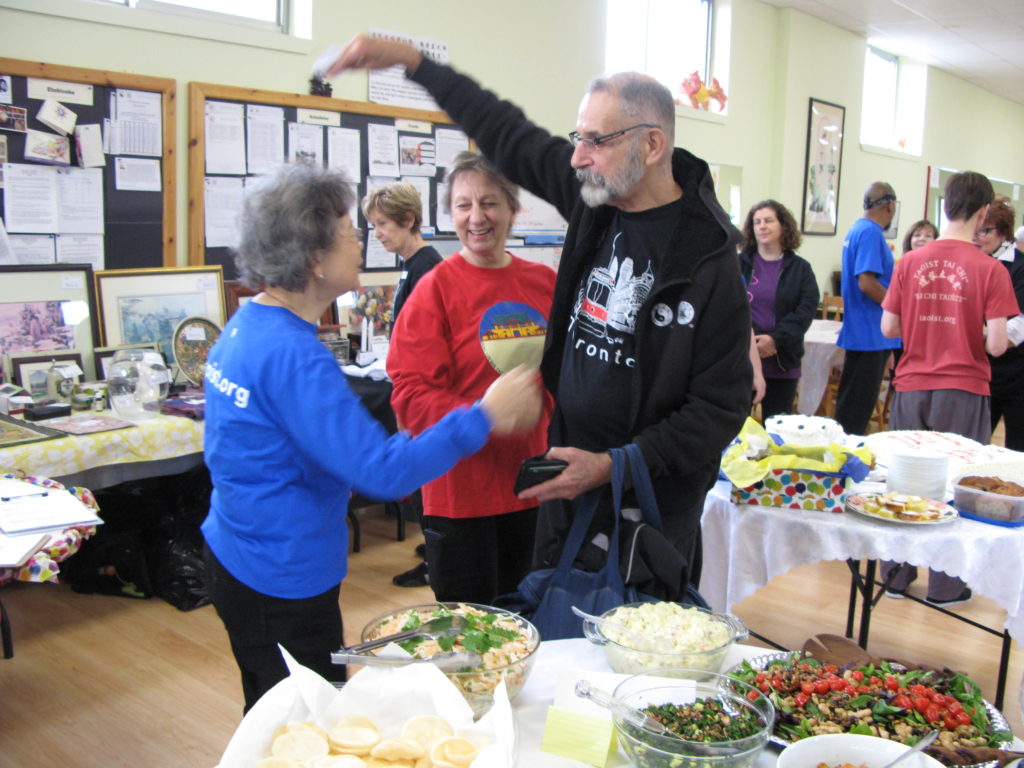 After 47 years of experience FLK really knows how to throw a party.  Within a remarkably short time a feast of luscious looking dishes are arrayed across a number of tables ... rarely the same thing twice and always delicious.  One can choose from a selection of sandwiches, salads, finger foods, fruits, veggies, beverages and desserts.  Not one, but three, beautiful and tasty cakes were created to mark the 30th anniversary of practising FLK Taoist Tai Chi® arts in Etobicoke.We are honoured to have over a hundred celebrants, including international directors Susan Lundy and Jim Gazzard and his wife Jackie attending.  The Etobicoke location has some very good neighbours.  Many folks celebrating with us have come from Brampton, Mississauga, Bathurst and other locations.  New members, regulars and even lapsed members who appreciated their time playing tai chi have come to celebrate with Etobicoke today.  One of the wonderful things about being in the Toronto branch is the abundance of resources.  There are many locations, events, classes and instructors to which participants can avail themselves.  Many Toronto branch participants take classes regularly at more than one location.In the thirty years since FLK Taoist Tai Chi® came to spread the many benefits and joys of playing tai chi, Etobicoke has had many homes.  First we ran classes one evening per week at a local church.  In that evening four classes were run.  Later classes were run through a rental space in a strip mall on Dundas Street.  Later still, another spot in that strip mall was required due to growing membership.  Eventually the location moved to a rental unit in a different strip mall, further west on Dundas Street.   Finally in 2009 we purchased a former fishing bait storage facility at 35 Chauncey Avenue to house the activities of the Etobicoke location.  And this is where the party is happening today.

And what a party!  Members have shared their talents to provide a wonderful feast, music, dancing, demonstrations of sword, saber and Lok Hup Ba Fa sets.   There was a silent auction of a wide variety of pleasing items donated from participants that brought in donations of almost $500.00.  Donations at the door were over $700.00.  And from the laughter, good stories and light-hearted conversations buzzing throughout the room, a good time was had by all. 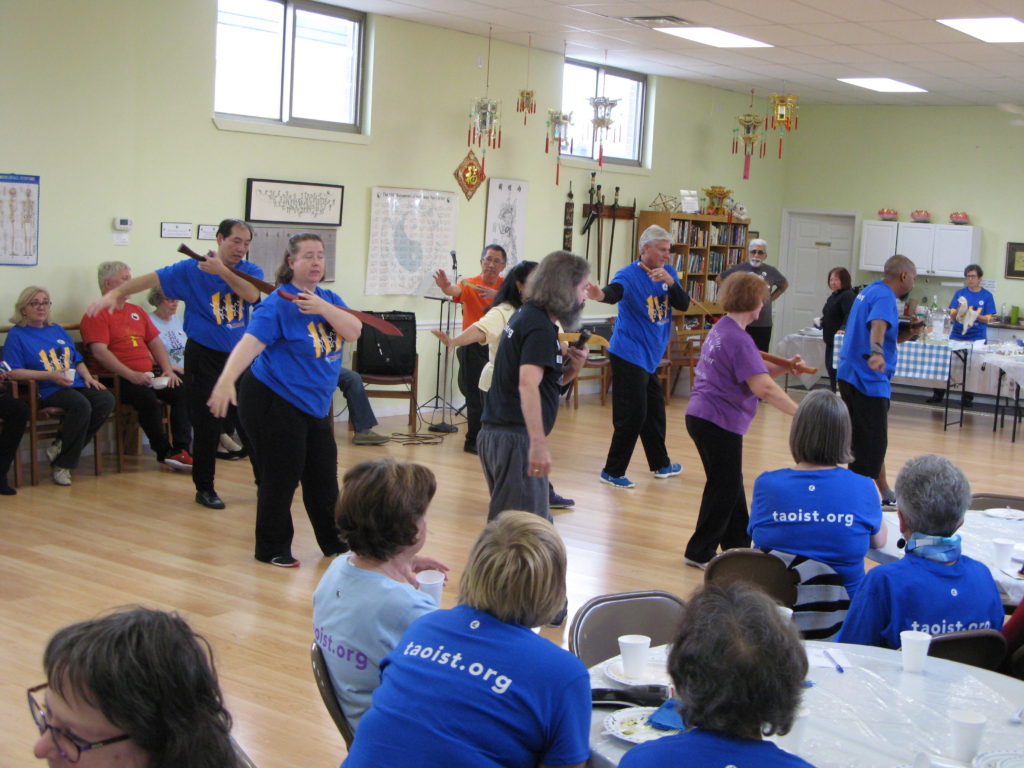 And like magic, when the entire feast had been consumed, when all the prizes had been claimed, when the tea pots all had run clear and it was time to depart, well then like magic, all the room was cleared as quickly as the party was created.  This was done with the same harmony of motion and with the same cheerful smiles and energetic caring.  We all cleaned up, embraced one another, shared good wishes and departed. 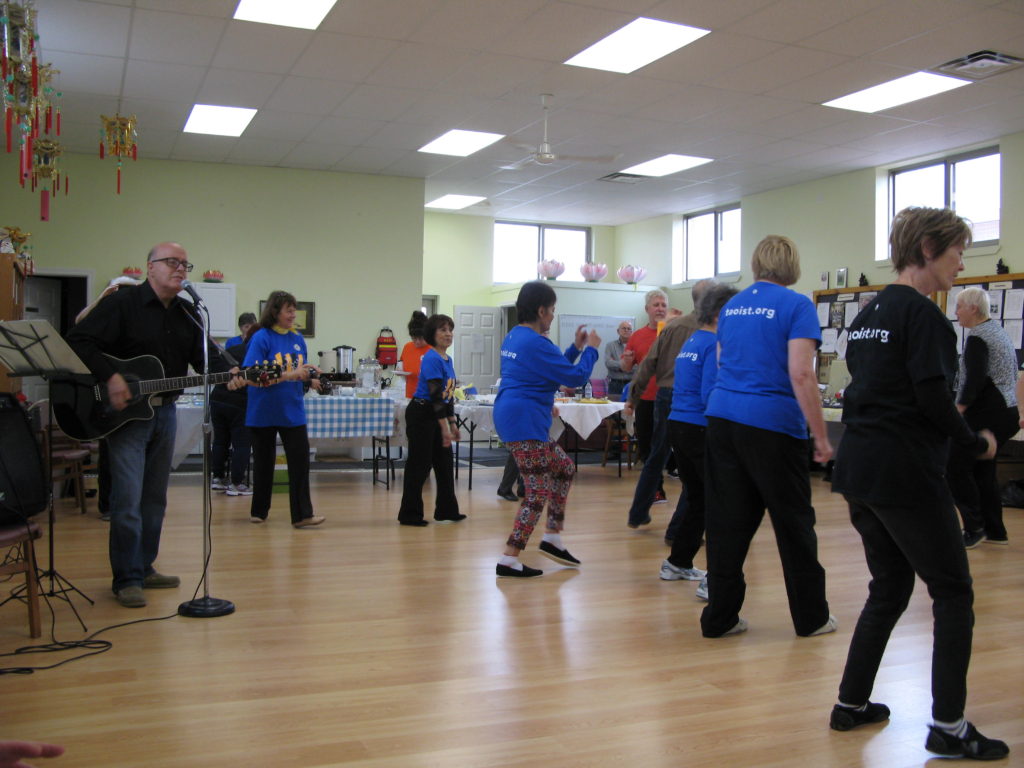 So, what is it that makes the “culture” of Fung Loy Kok Taoist Tai Chi® so special and enduring?  From what occurred here today one must conclude:  a powerful healing meditative and ancient internal art that is tai chi, plus people who are open to embracing that art and the culture of this organization — one which embodies positivity, sharing, a desire to improve ourselves and make the world a better place — as well as a huge pool of compassion and enthusiasm.  All these things have served to create this wonderful movement that is Fung Loy Kok Taoist Tai Chi®.  No wonder that after 30 years the membership is still growing at the Etobicoke location and around the world.We eagerly await the next party:  Bathurst location’s 40th anniversary.  We look forward to seeing you there. 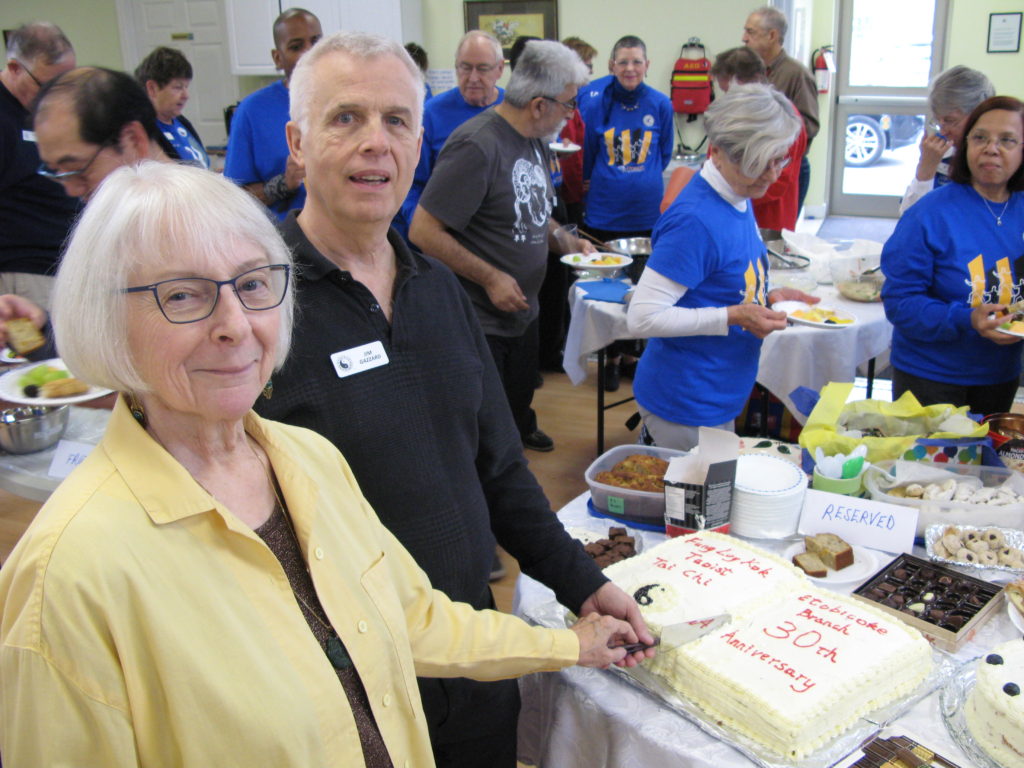