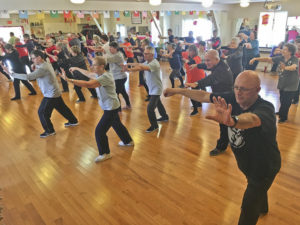 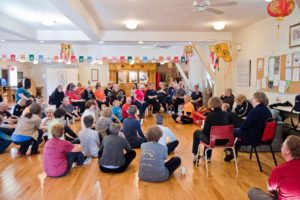 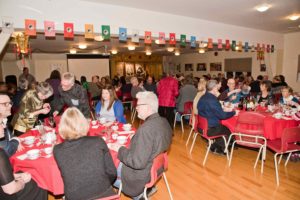 On February 17/18, the Atlantic Region in Canada celebrated the Year of the Dog with a workshop and a banquet. Participants worked hard on don yus, tor yus and segments of the set during the day. Members of the Nova Scotia Legislative Assembly, Tony Ince, Larry Harrison, Brendon Maquire and Halifax councillor Shawn Leary joined us for the banquet and brought best wishes for the new year. Mrs. Jeanne MacDonald, mother of Brian MacDonald, member of the New Brunswick Legislative Assembly, who was unable to attend, also took part in the event. She read her son’s complimentary letter celebrating the Chinese New Year. Two testimonials were given followed by a presentation by Steve Dingwall, our regional president, reviewing the article Health Benefits of Tai Chi published in the Canadian Family Practice Journal in 2016. Participants played guitar and sang during the evening. Draws for prizes of mini-sweeps during the banquet added another element of surprise.