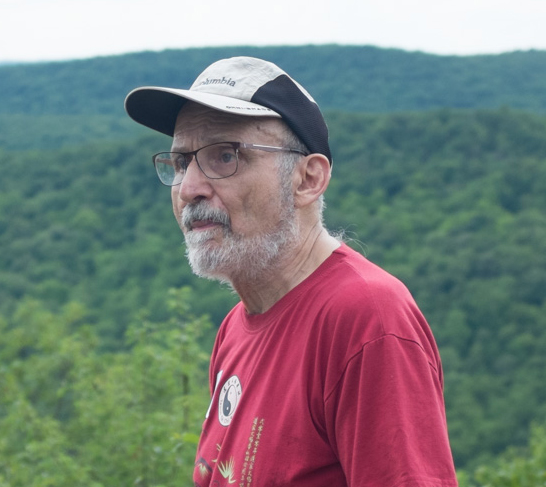 „I don’t know what I look like to other people, but I don’t feel 84. And that’s because of tai chi.” — Leon Ablon, Volunteer Instructor, Taoist Tai Chi Society of the USA.

At age 84, Leon Ablon is the oldest continuing instructor (advanced teacher) in the Tri-State Branch of the Taoist Tai Chi Society of the USA. He’s not, however, the oldest member. That honor is reserved for Irene Weissmann, aged 97, a frequent participant who always takes public transportation to class.

Judging by chronology, Leon has been a “senior” for almost 20 years, but judging by the way he feels, he doesn’t qualify. Ten years of tai chi practice have stopped the arthritis that crippled his aunts’ and uncles’ hands and have kept his home free of canes, walkers, and wheelchairs.

And he’s taller than he used to be. The gentle movements of the tai chi set have altered Leon’s internal structure for the better.

Practicing tai chi is valuable, but, for Leon, teaching tai chi is even more so. Teaching comes naturally to him—education was his profession for decades. But teaching tai chi is special. First, in the Taoist Tai Chi Society, all the instructors are volunteers. Second, the instructors are committed to sharing the health benefits of tai chi as widely as possible—one of the Society’s essential aims. Third, as Leon says, “I never really felt I knew tai chi until I taught it and that’s why when I teach I still discover new things. I notice as new students come in, the hardest thing is to realize that whatever you happen to be doing in that particular moment in that particular class is your tai chi. It may not look like anybody else’s, but you’re moving and you’re doing tai chi and that’s all that’s really important.”

Through teaching and practice, Leon has also discovered an international community. The Society has more than 40,000 participants in 25 countries around the world. A participant of one club is a participant of them all. It’s not everywhere that a New Yorker can walk through a door and be received like a long-lost cousin. But it was that way, Leon says, even in Costa Rica where he couldn’t speak the language.

Leon joined the Society with his wife, Dixie Piver. They became instructors together, practiced together, and endeared themselves to the Tri-State club together. When Leon lost Dixie to cancer, the tai chi community mourned, and the club became a survival anchor for him.

As Leon says to all his classes, “Yes, you can make a mistake, but there’s only one you must avoid: to stop coming.”