Since 2009 the Tri-State Branch of the Taoist Tai Chi Society of the USA has been an official partner of New York City’s Summer Streets program. During the mornings of the first three Saturdays of August, some 30,000 New Yorkers take to the streets to walk, jog, ride, skate, dance and otherwise move along Park Avenue from the Brooklyn Bridge, through the Financial district, into SoHo and the East Village, through Flatiron and Murray Hill, atop Grand Central Station, past the Waldorf Astoria, the Seagram Building and Lever House all the way up to Central Park. This year, from 8:30 to 9:30 am at the Park Avenue and 51st St. rest plaza, they also watched and learned Taoist Tai Chi® arts. Although rain literally dampened the crowd (if NOT our enthusiasm) on the first two mornings this August, last weekend the weather gods were on our side. Branch members demonstrated the set while instructors taught the first few moves to enthusiastic passers-by. A little urban meditative respite from the bustling city. Until next summer. 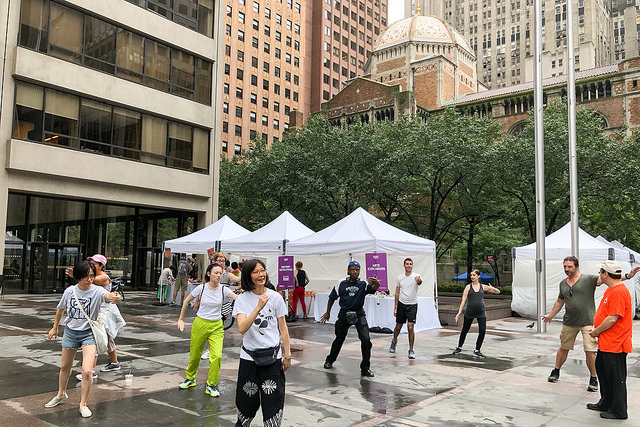 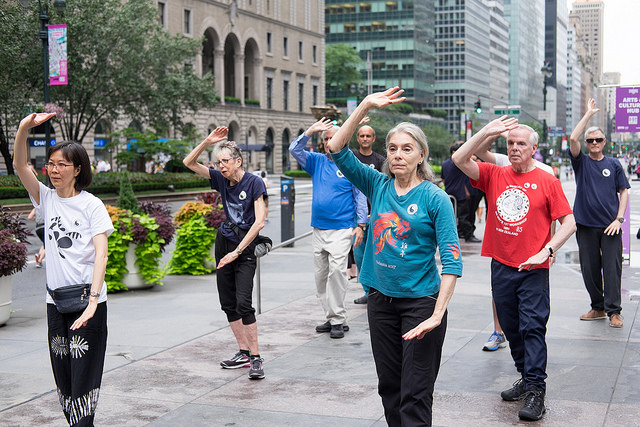 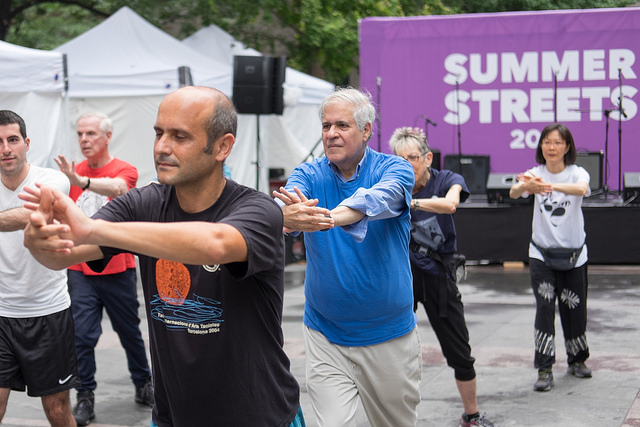