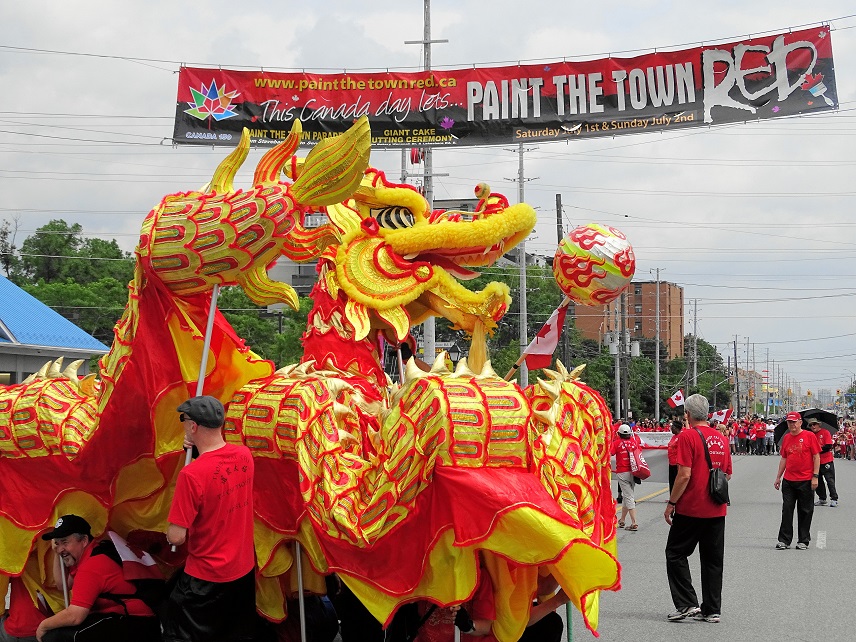 The Canada Day Parade (part of Port Credit’s Paint the Town Red event) in Mississauga got a boost for the third year in a row with the appearance of Fung Loy Kok’s 22-leg dragon, enthusiastically enlivened by more than 40 FLK volunteer dragon legs, followed by a brigade of participants twirling umbrellas and waving Canada’s flag on the nation’s sesquicentennial. 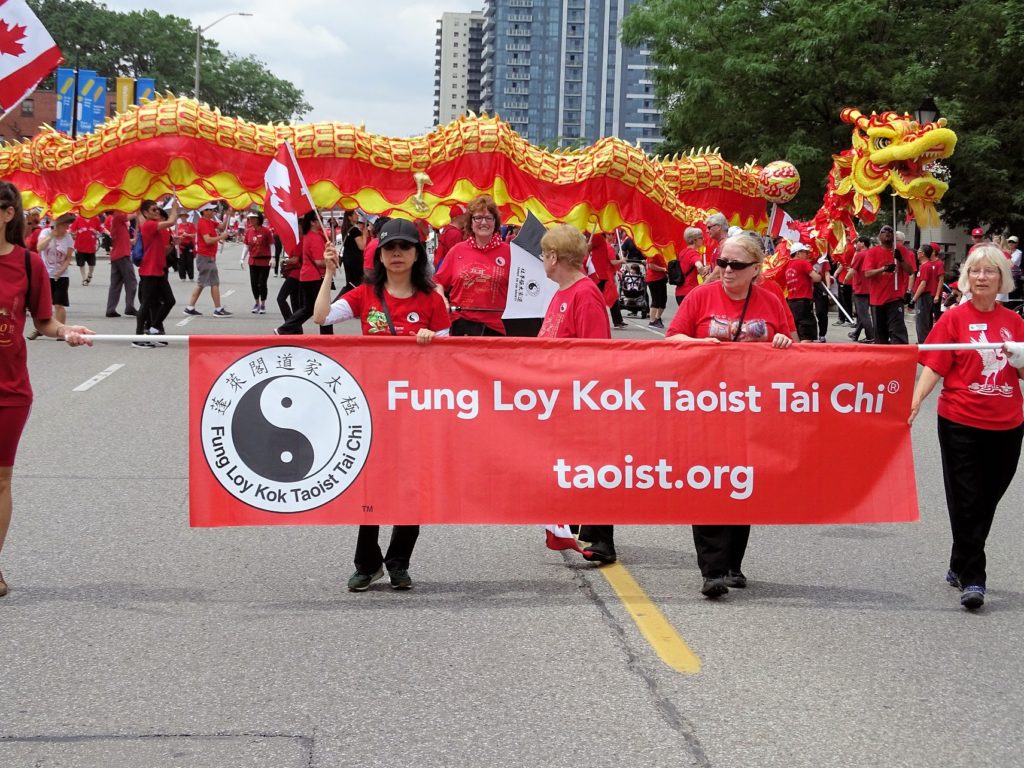 Over 90 participants representing many locations in the Toronto branch sported red and joyously joined in the festivity.

In the central position of an hour-long parade the dragon was cheered by thousands of residents packed along the storefronts of this charming port town forming Mississauga’s waterfront. 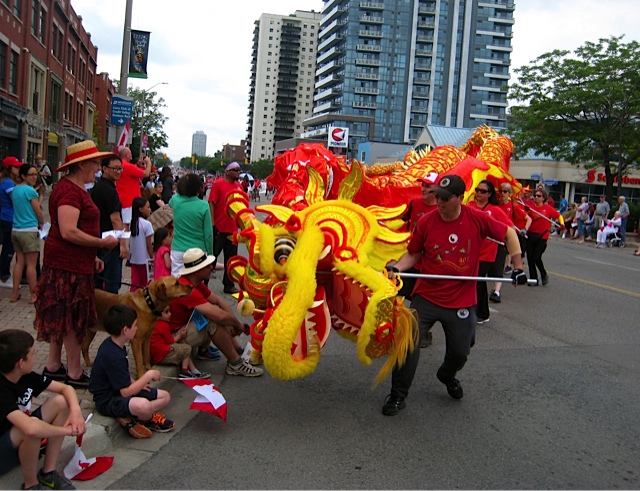 Forming the spiral at major intersections, 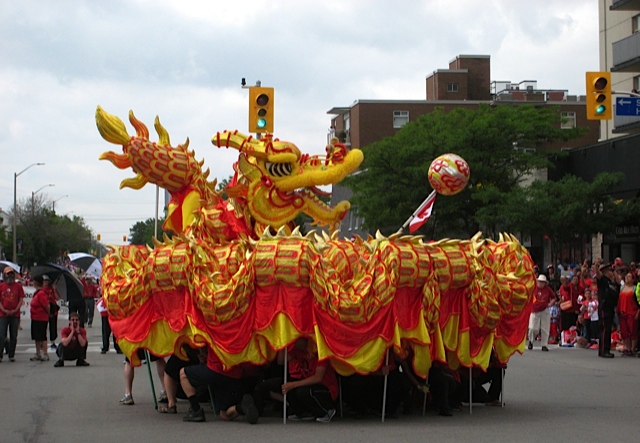 and performing tor-yus while dipping the wave to delighted onlookers at the curb, 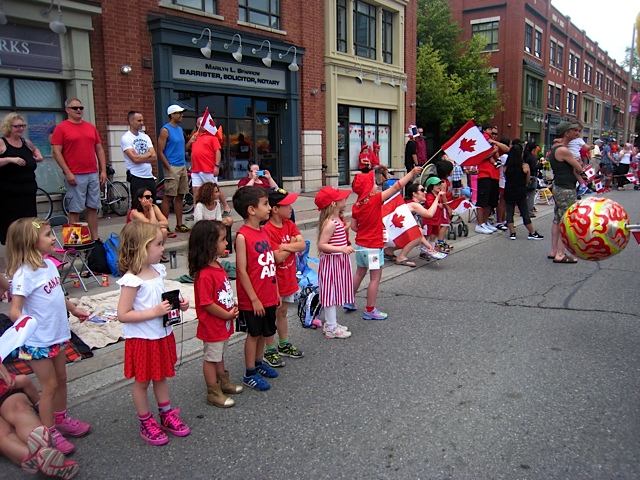 the dragon zigzagged its way along Lakeshore Boulevard, 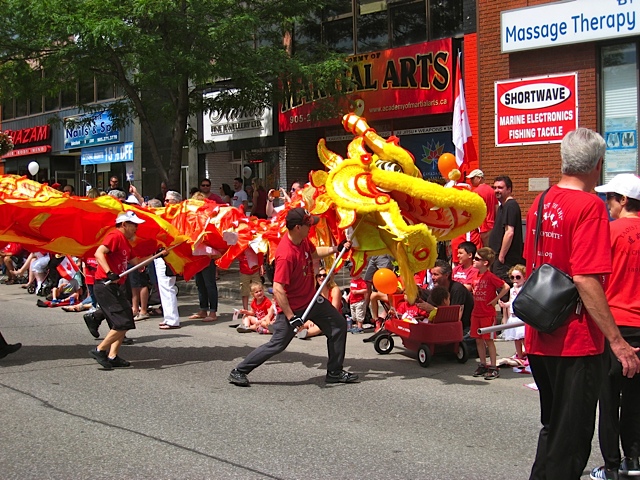 stopping for a photo opportunity with Mississauga Mayor Bonnie Crombie. 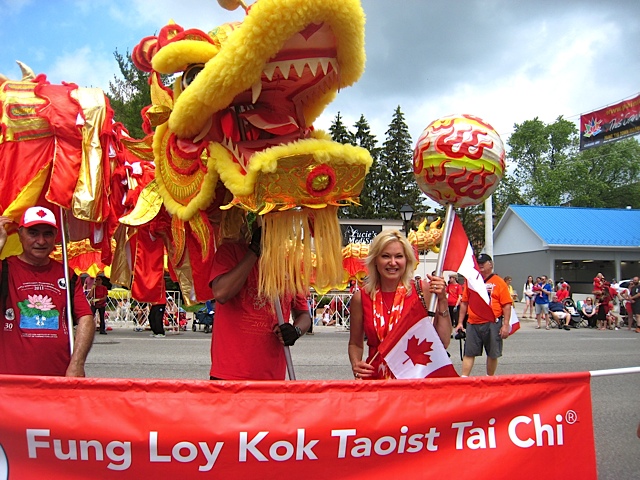 Later, at a celebratory potluck at the Toronto branch’s Mississauga/Cooksville location, 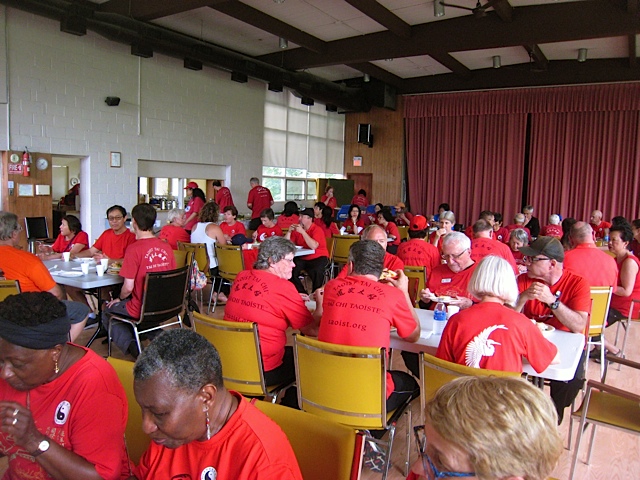 the tired, but still joyful crew filled the large auditorium. All agreed wholeheartedly that it had been a fabulous day and look forward to the next dragon events. 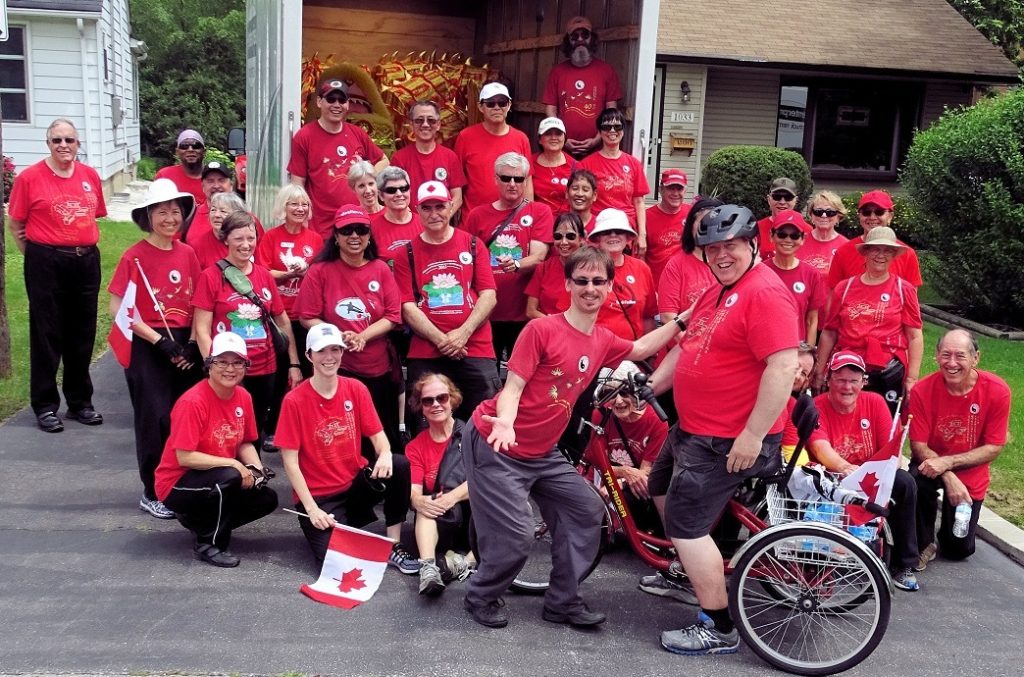 The dragon will certainly appear on August 3 at the International Centre’s 10th anniversary celebration as well as August 10 at Yonge-Dundas Square for International Awareness Day.  The dragon may appear at other events as well this summer.  We look forward to more than doubling our numbers as we frolic with even more happy dragon legs from all over the world for these upcoming events. 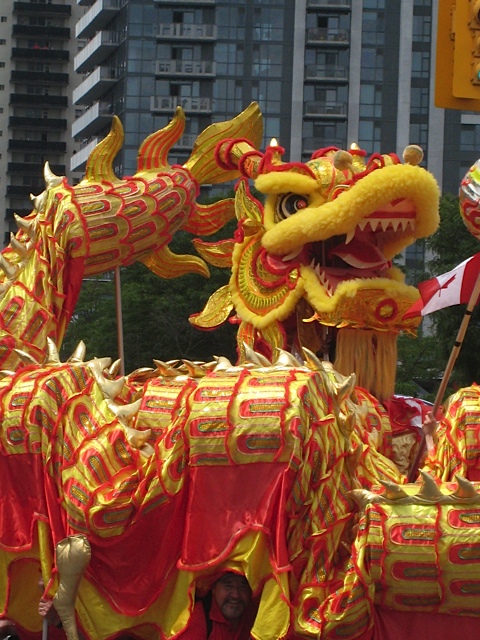