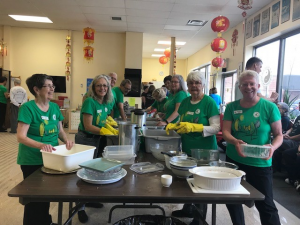 One hundred people participated in a Central Region Program held at the Southwest Centre in Stratford in honour of the 40th anniversary of the London branch.

There was a lot of laughter sprinkled among the learning. Participants focused on increasing the elasticity of the spine and letting it drive the moves.

The London Branch Council was especially pleased that a good number of Londoners who attended were beginners who had never experienced a program until then – the anniversary program was a well-received introduction to the wider scope of available training.