We welcomed a  second group of people to the Centre in Colchester who are living with tinnitus, last Thursday. All came along, invited by their hearing therapist at Colchester General Hospital, a strong believer in the power of Taoist Tai Chi® arts for improving health. We had an enjoyable morning introducing them to the first few moves of the tai chi set.

We already have quite a few long time members who experience tinnitus, some who report that it disappears while practising and others who say that over time they have found that Taoist Tai Chi® arts has either reduced the tinnitus to nothing or they no longer notice it. Two members had actually forgotten they ever experienced tinnitus until we talked about the group coming to visit. No-one seemed to know how long it took before it wasn’t noticed but the long time members felt that it had just faded away over time. Certainly, those who came last week and in our previous session told us that they experienced no tinnitus while engaged in the practise.

One person who took part in two consecutive sessions said, „I came back because the first time I found the tinnitus stopped almost immediately. I didn’t have any tinnitus while doing tai chi and that lasted for several weeks after.”

Another told us, „I know my tinnitus is stress related and I was surprised how it died down as soon as I came into the centre. I think I was a bit apprehensive but there’s such a peaceful atmosphere here I felt instantly at ease. The people are so friendly too which helps, and doing tai chi just chilled me out even more.” 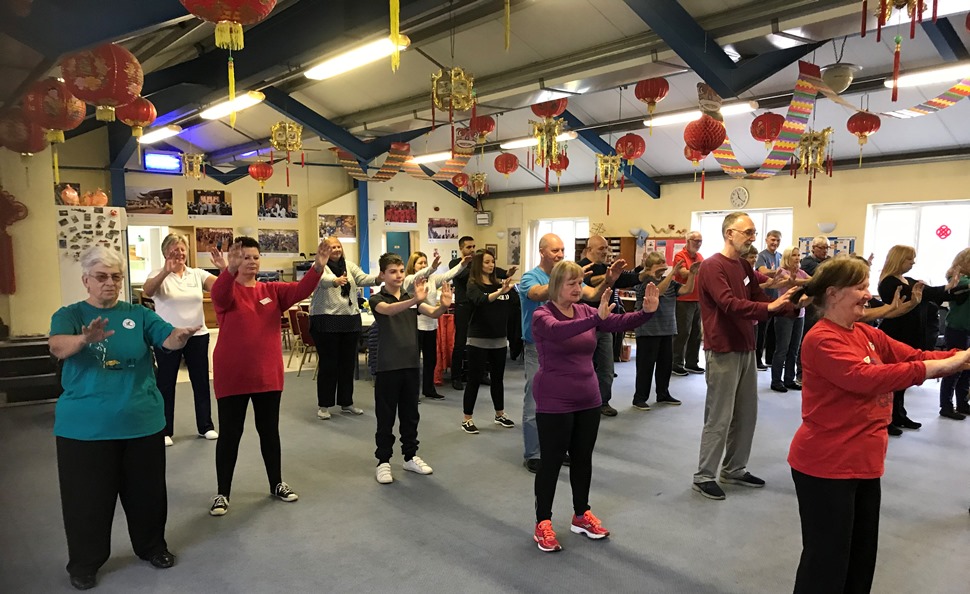 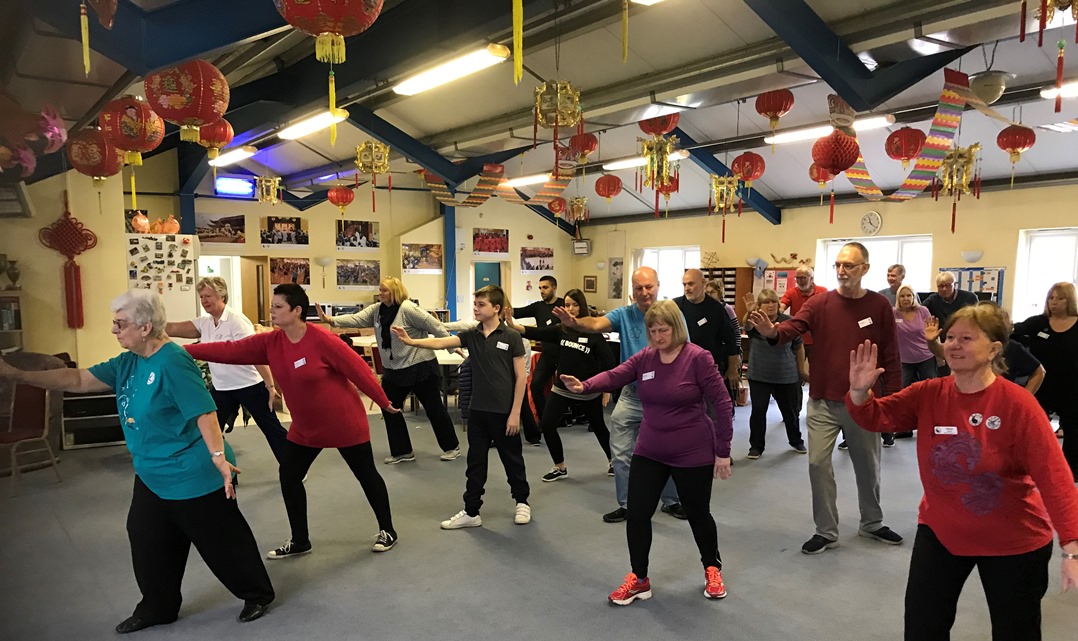 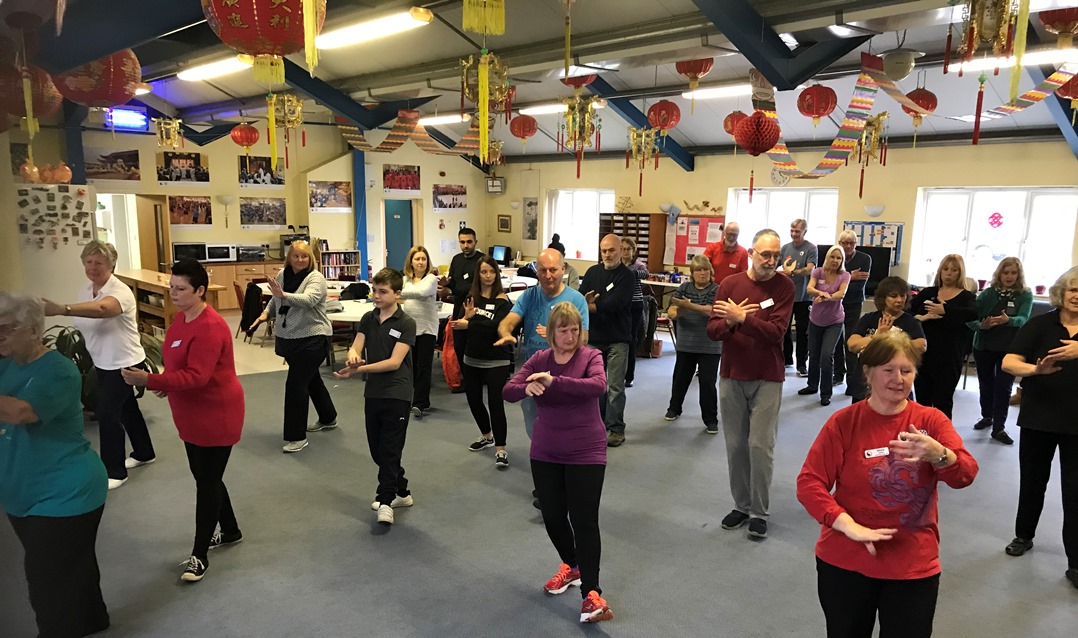