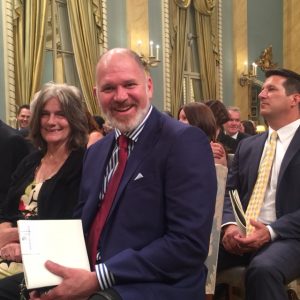 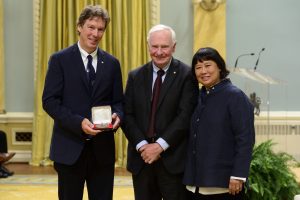 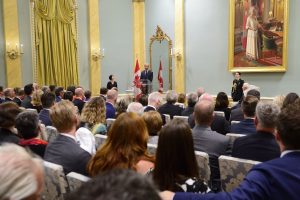 The prestigious Governor General’s Medal for Architecture has been formally presented in a ceremony in Ottawa for Fung Loy Kok’s Wong Dai Sin Temple in Markham, near Toronto. Fung Loy Kok Institute of Taoism president Marsha Eberhardt and manager Chris Farano were present. 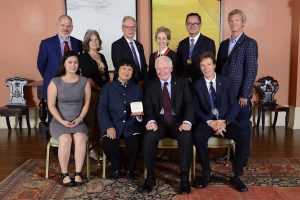 The jury appreciates this project for its conceptual clarity. It is a pleasure to see such a unique building that celebrates structural form and materials.

The relationship between the form and function of the Temple demonstrates a strong and considered composition. For example, the Temple gives the appearance of being both heavy and light; the major volume hovers above the ground, providing a protected space below for collective activities.  Similarly, the striking façade modulates natural light while controlling views of the surroundings.

This is a beautifully crafted and designed building that the jury feels raises the bar for architects working in the domain of new spiritual buildings.