The activity in Building A, The Historic Fenway,  is increasing. The original elevator was removed this week from the roof of the building. The elevator was locked on the third floor and was not operable. 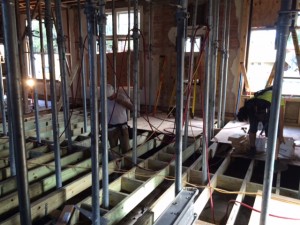 Workers on first floor SE wing install floor joists. Floor jacks are installed to support the floors above during construction. Termite damage was extensive requiring the removal of all supporting walls in this wing. 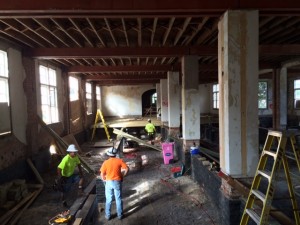 The lobby main support column was constructed on a large tree root. Much of the tree root has since decayed resulting in a separation between the column and the floors above. Repairs are underway to repair the main column and have it once again support the floors above. This will be done by first de-watering the area. Pipes are inserted into the ground around the area and water pumped out so concrete support work can begin. 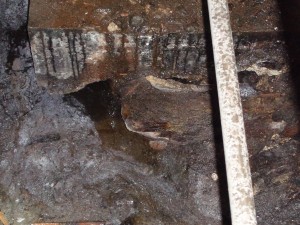 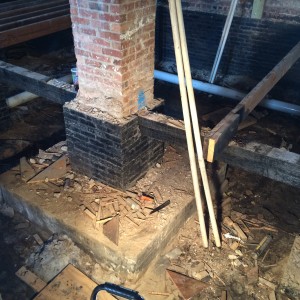 Framing is mostly completed on the second floor. Below is a photo of one of the rooms with closet and restroom framed out awaiting window installers to install a new hurricane rated window.  All windows will be replaced with hurricane rated windows. Most of the original windows have been destroyed either by age, vandals, weather or termites. The new windows will look like the originals used in 1928. 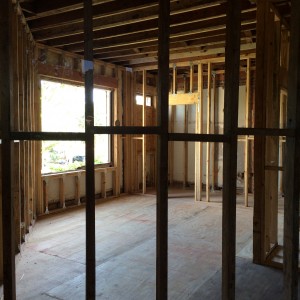 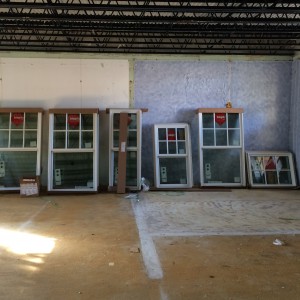