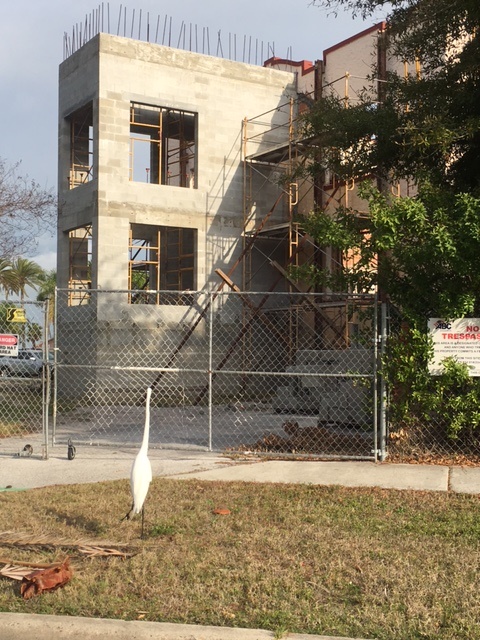 Work has begun on the southwest wing.  Locals are watching with interest.

Structural work has begun on the southwest wing. The steel supports have been ordered since they have a six-week lead time to construct and deliver. The concrete footers are being dug by hand to reduce stress on the surrounding original walls. The interior of the southwest wing had severe water and termite damage and was unrepairable. All old lumber was removed and the walls braced. New footers are being poured slowly and in stages for minimum effect on the original structure. Half of the interior footers are poured and, once set, the other half will be poured. The southwest wing, when completed, will have guest rooms and a rooftop access for sunsets after a long day of practice.

Drywall is being installed in the bathrooms and guest rooms on the first floor of the southeast wing.

The fire sprinkler system is being installed throughout the building.

The front porch roof and decking has also been replaced. Cedar will be placed on the ceiling of the front porch to match the underside of the building’s eyebrows and stair tower ceilings.

Check back for more updates.