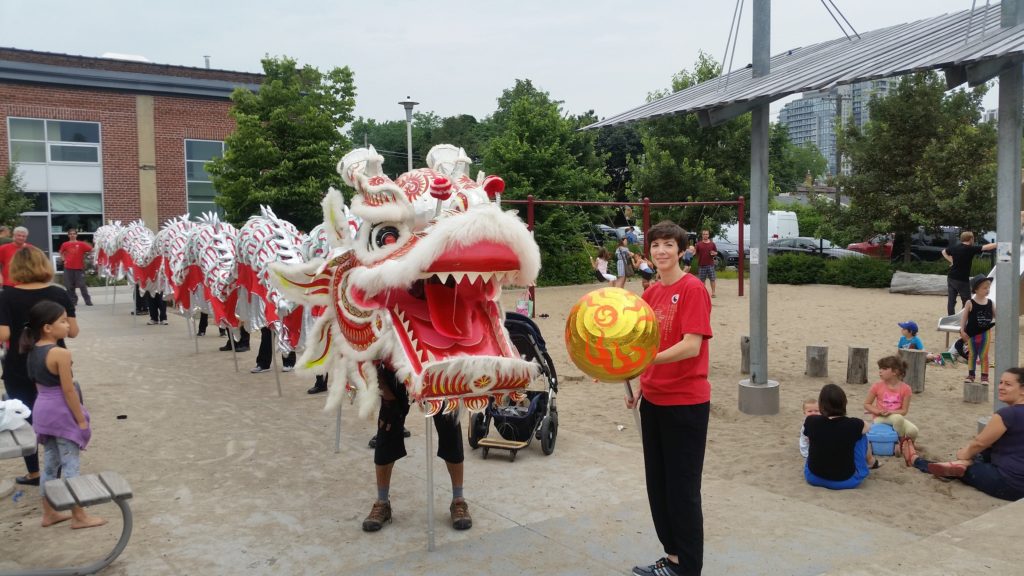 On an overcast day in Canada’s most multicultural city participants from the Bathurst location of the Toronto branch, ably abetted by fellow participants from other Toronto locations, came together to parade the nine-person dragon at two events on July 22, 2017.

First we gathered at the Bathurst location and walked to a nearby park, Wychwood Barns, where we intrigued children and adults alike who were attending the weekly market. 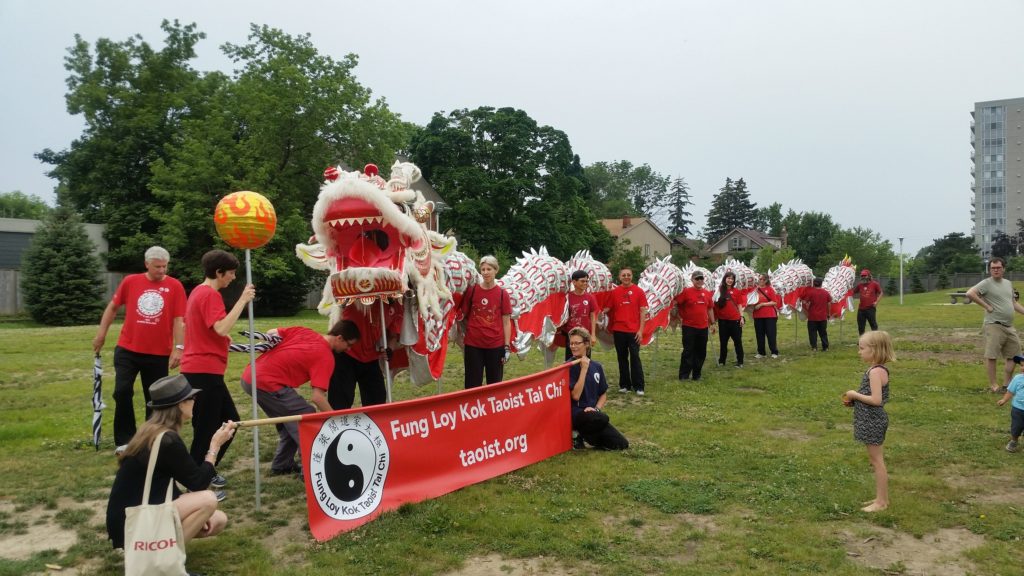 After the market we returned the dragon to its lair while we refreshed ourselves in preparation for a second foray at Big on Bloor, a local street festival promoting cultural diversity and hospitality in their community.  For two days we had a tent set out on a major street that was closed to vehicular traffic.  There we demonstrated Taoist Tai Chi® arts and got the word out about who we are and what we do. 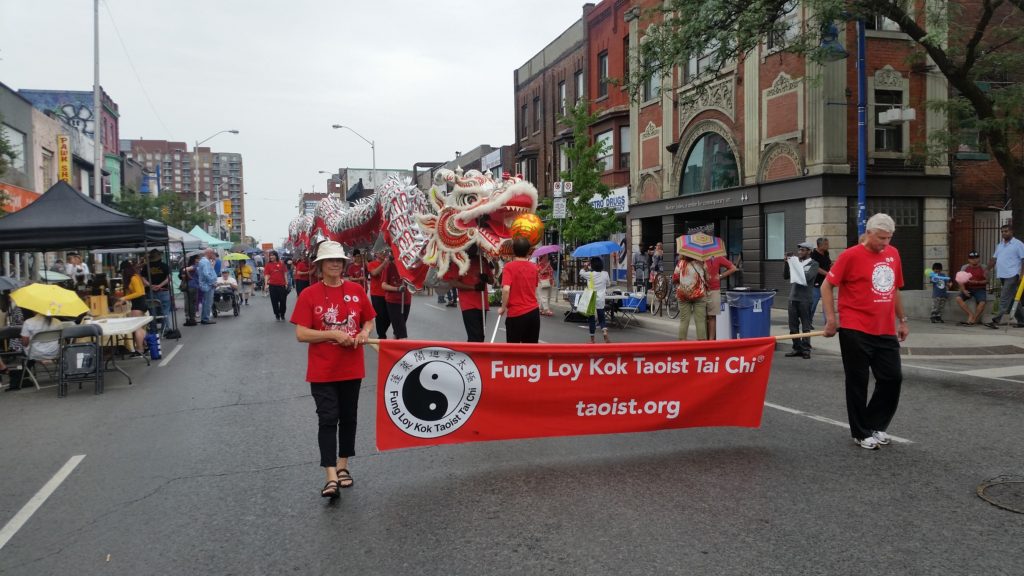 The Bathust group is grateful for the support provided by the participants from other locations in Toronto who donated their time to help promote the Taoist Tai Chi® arts in these communities. 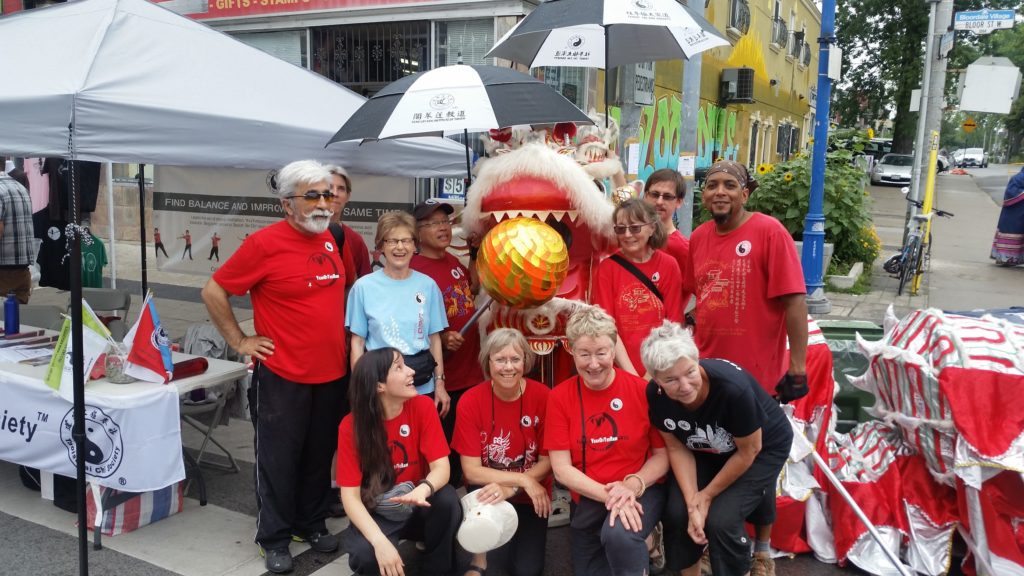