Members and special guests in Brisbane, Queensland (Australia), celebrated the 20th anniversary of the Brisbane branch at a dinner on March 10, 2016.

The 180 guests enjoyed delicious food, good company and stimulating talks by our guests. In addition three participants spoke movingly of the benefits they had received from the practice of Taoist Tai Chi® arts. Everyone was also delighted to hear greetings delivered by visitors from Ireland, Canada, and New Zealand — each presented in their two national/traditional languages!

Participants also enjoyed a slide show of archival photos of the Brisbane branch’s activities over the past 20 years and they viewed display boards of comments and memories contributed by local members about their journey with Taoist Tai Chi®.  See photos below for examples of these testimonials of the power of the Taoist Tai Chi® arts.

The visual theme for the 20th anniversary was based on the Graceful Tree Frog, which is the faunal emblem for the City of Brisbane. This theme was used for table decorations and the anniversary t-shirt.

The following day at the International Workshop special presentations were made to the Brisbane branch by New Zealand representatives and by the nearby Toowoomba branch.  The latter presented a gift of a set of Fuk Luk Sau statues.  See photo below. 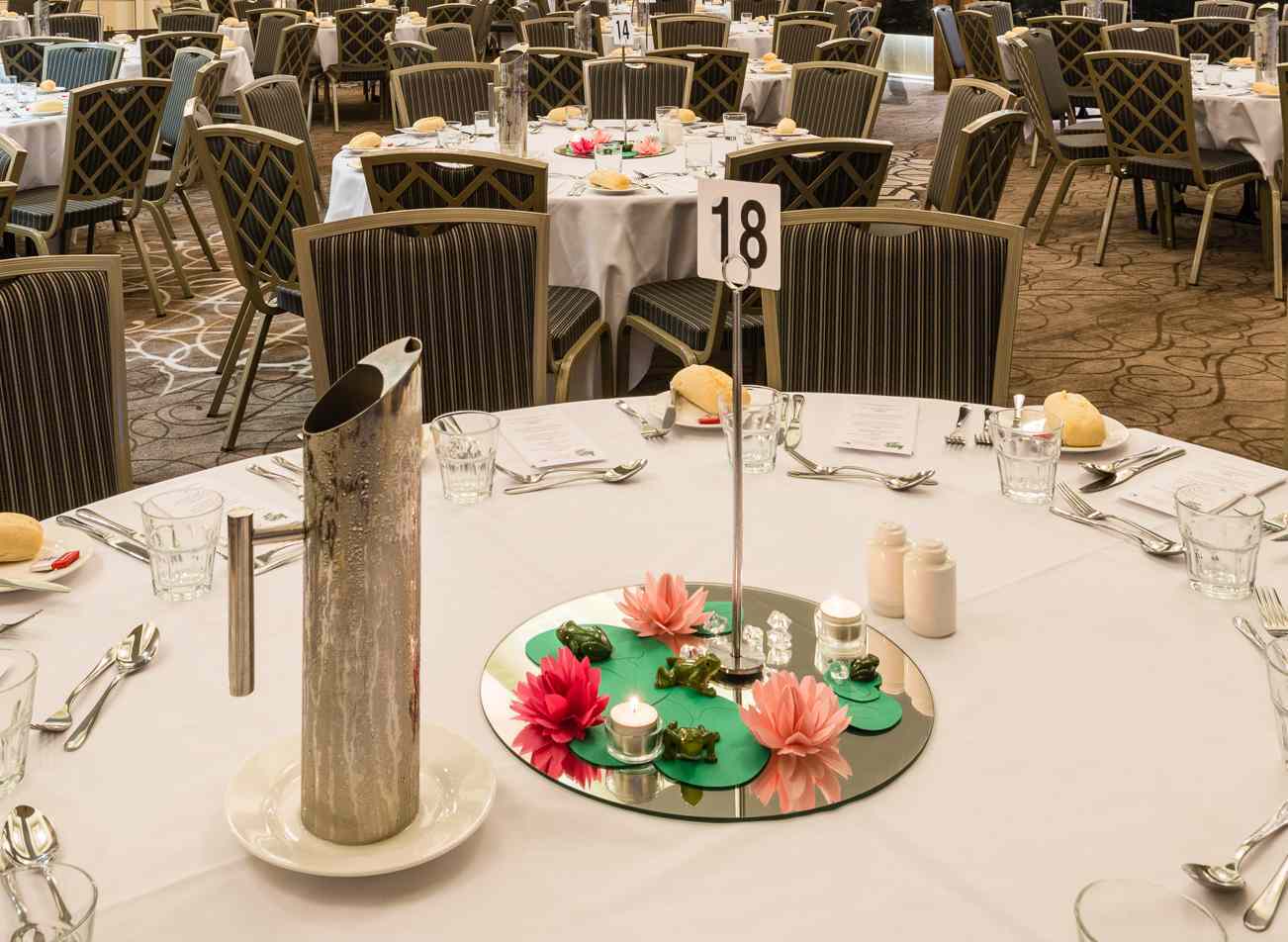 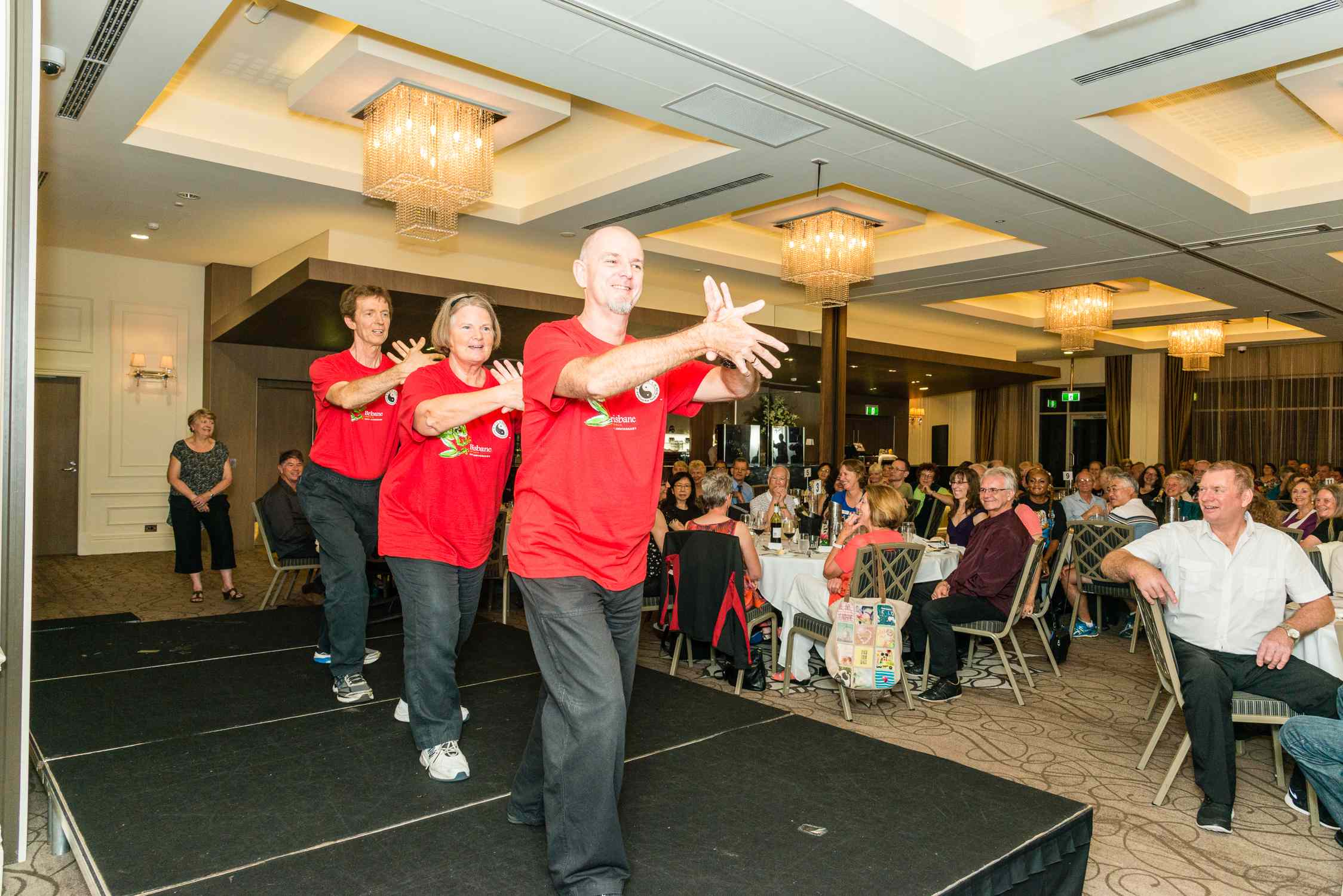 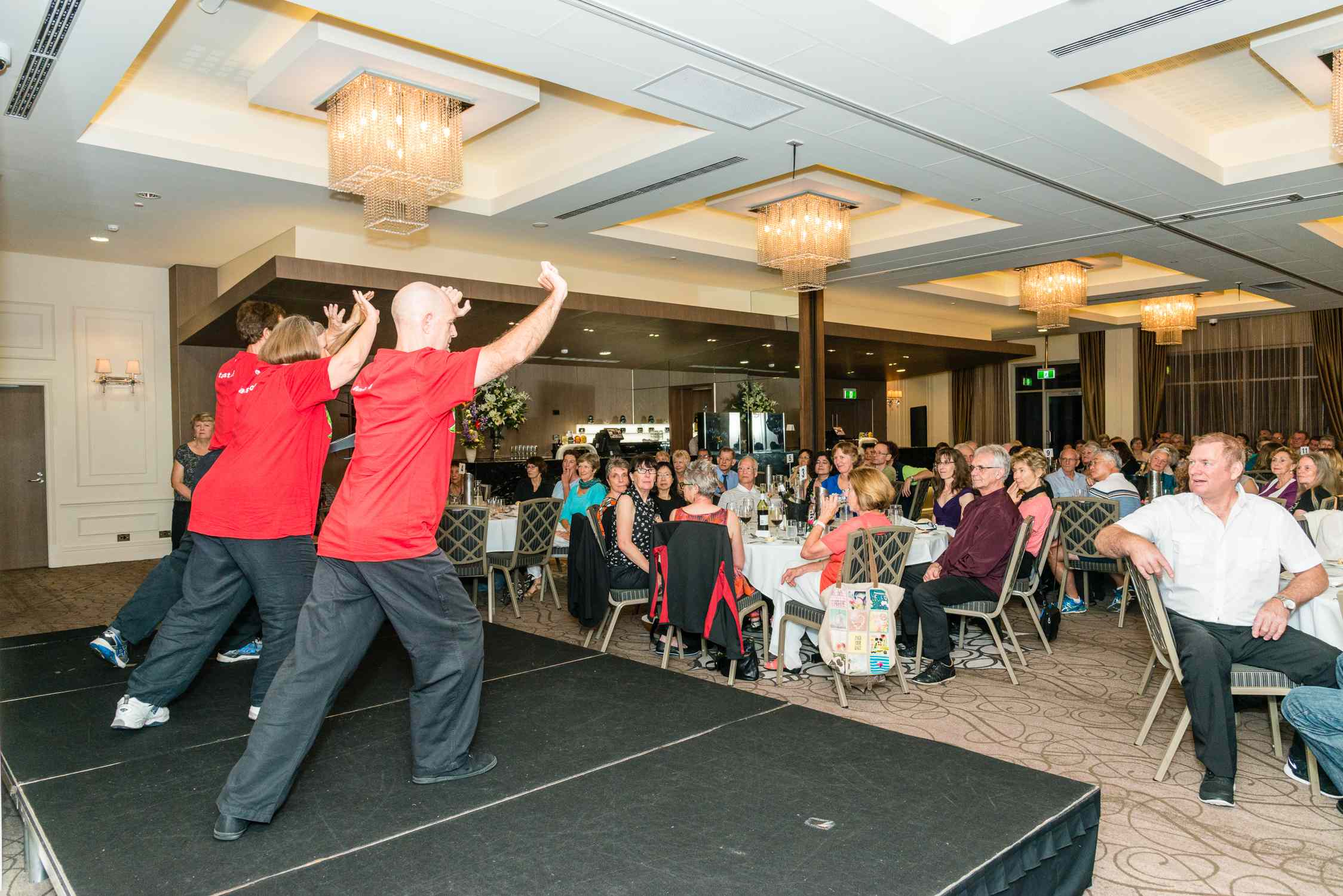 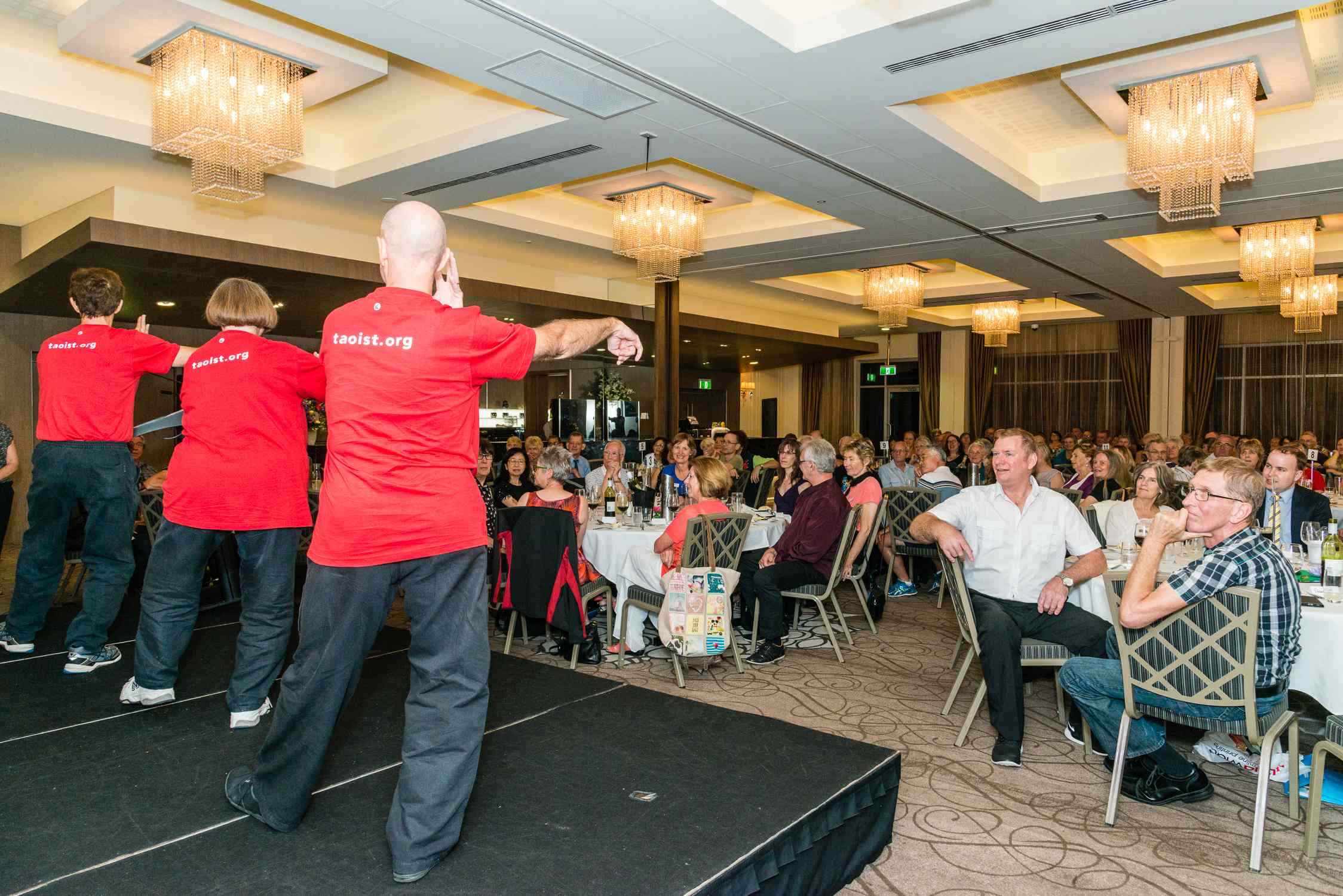 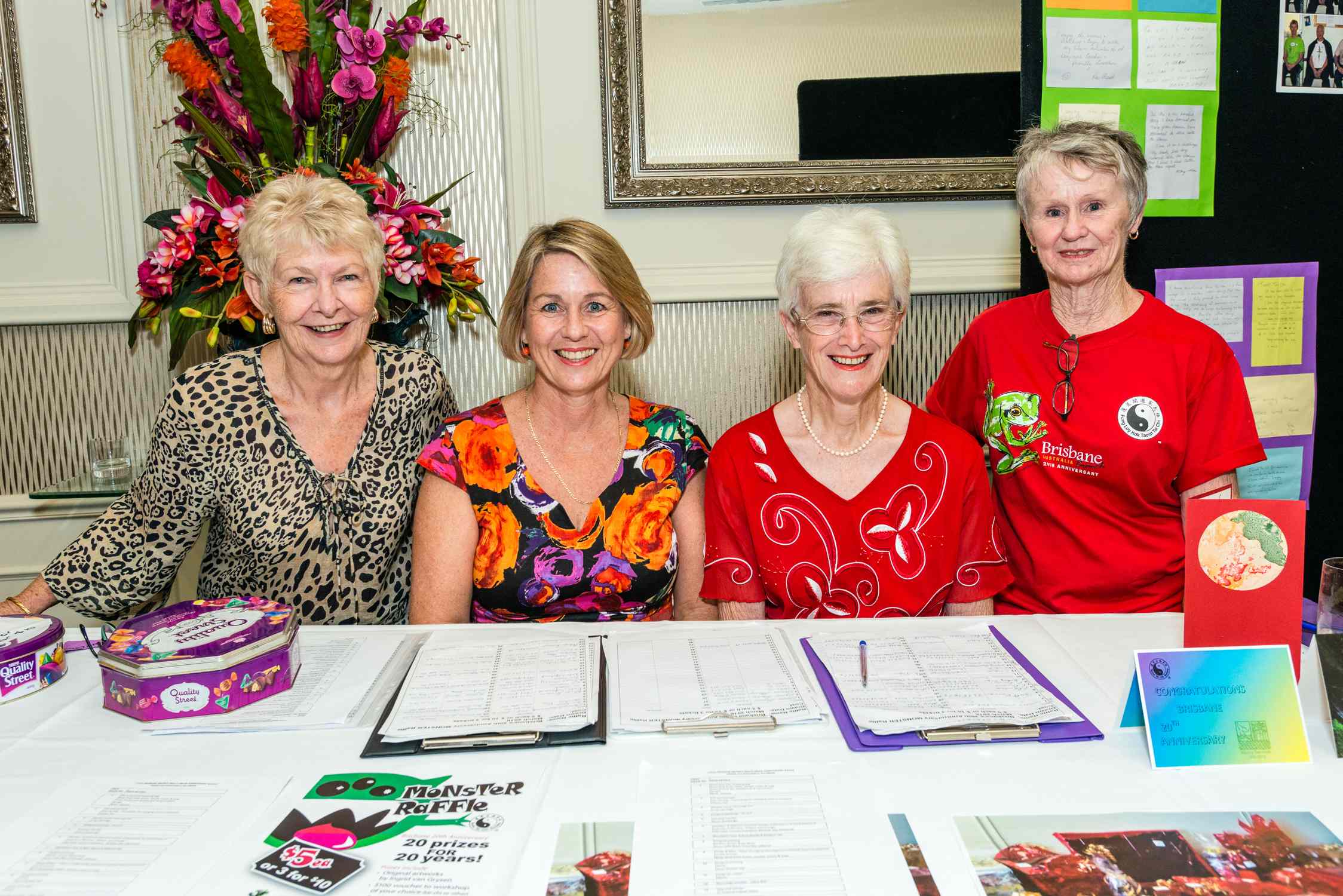 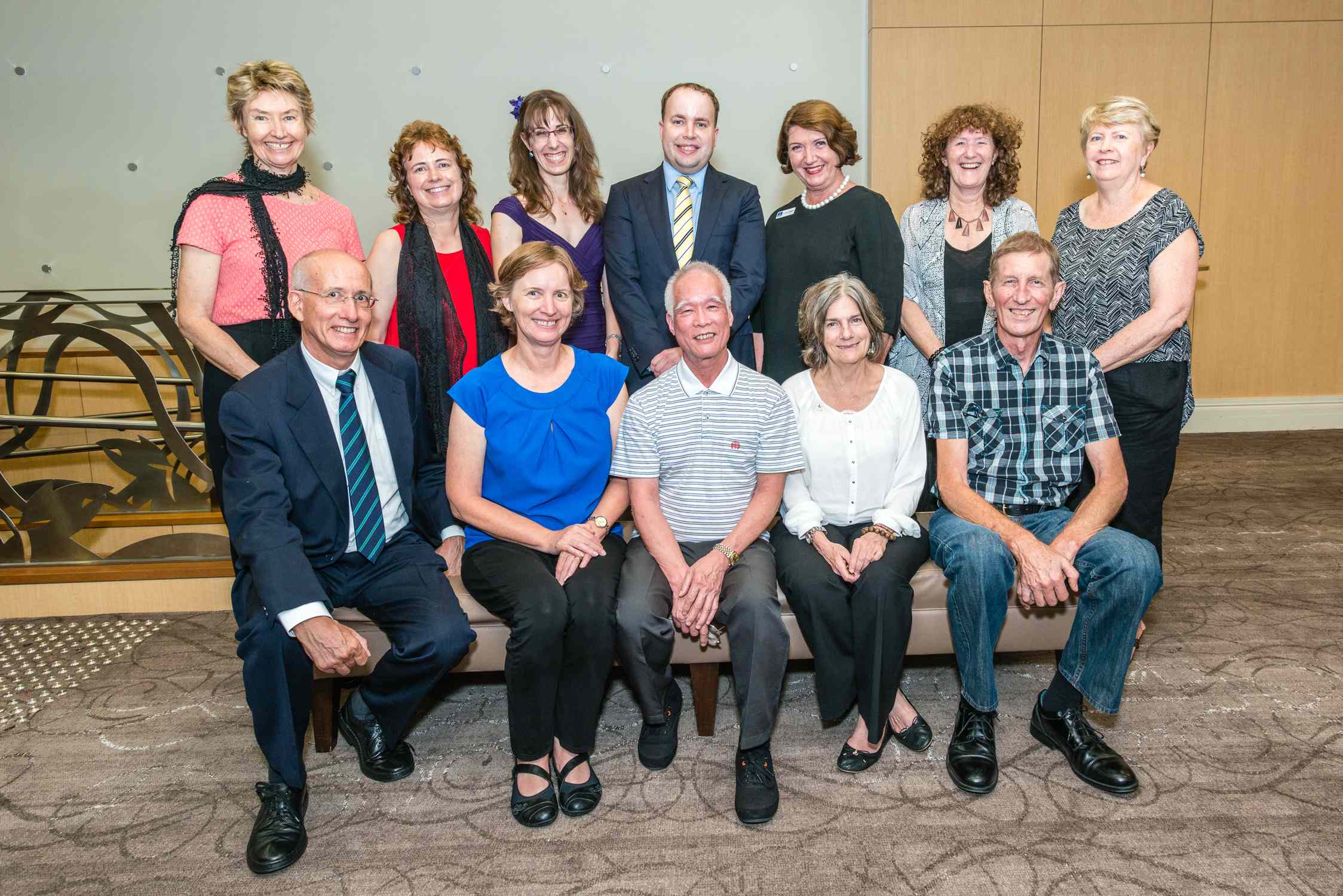 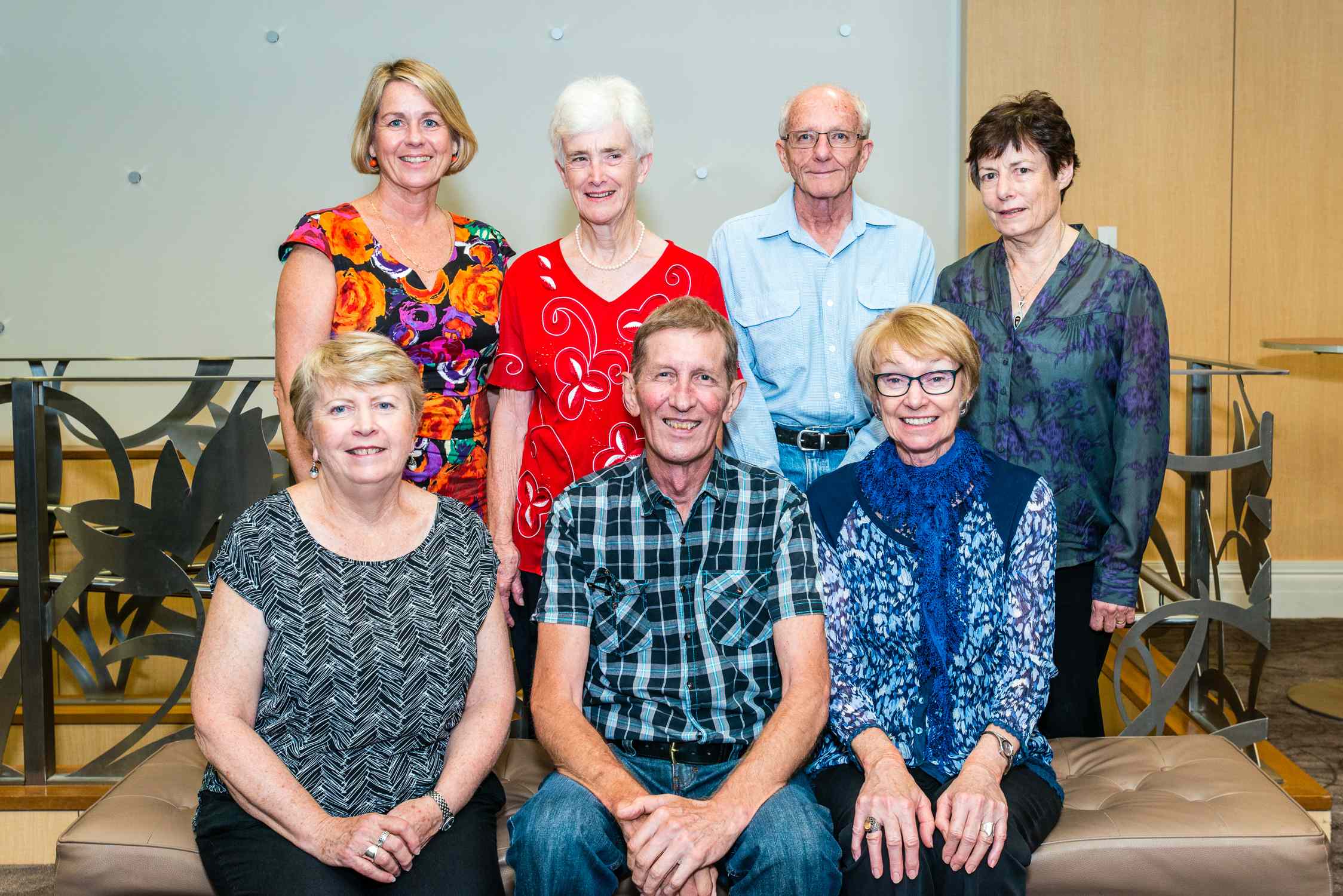 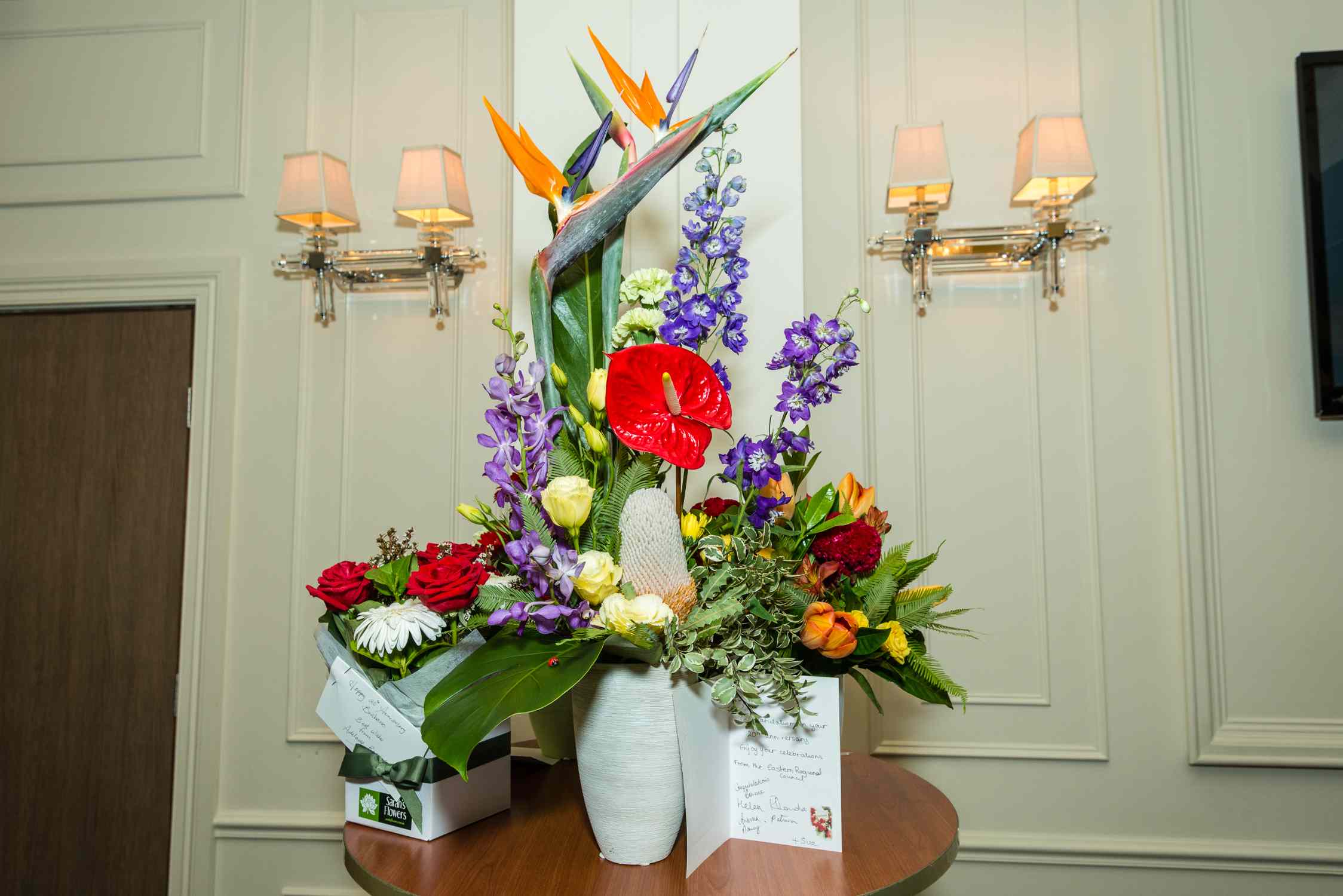 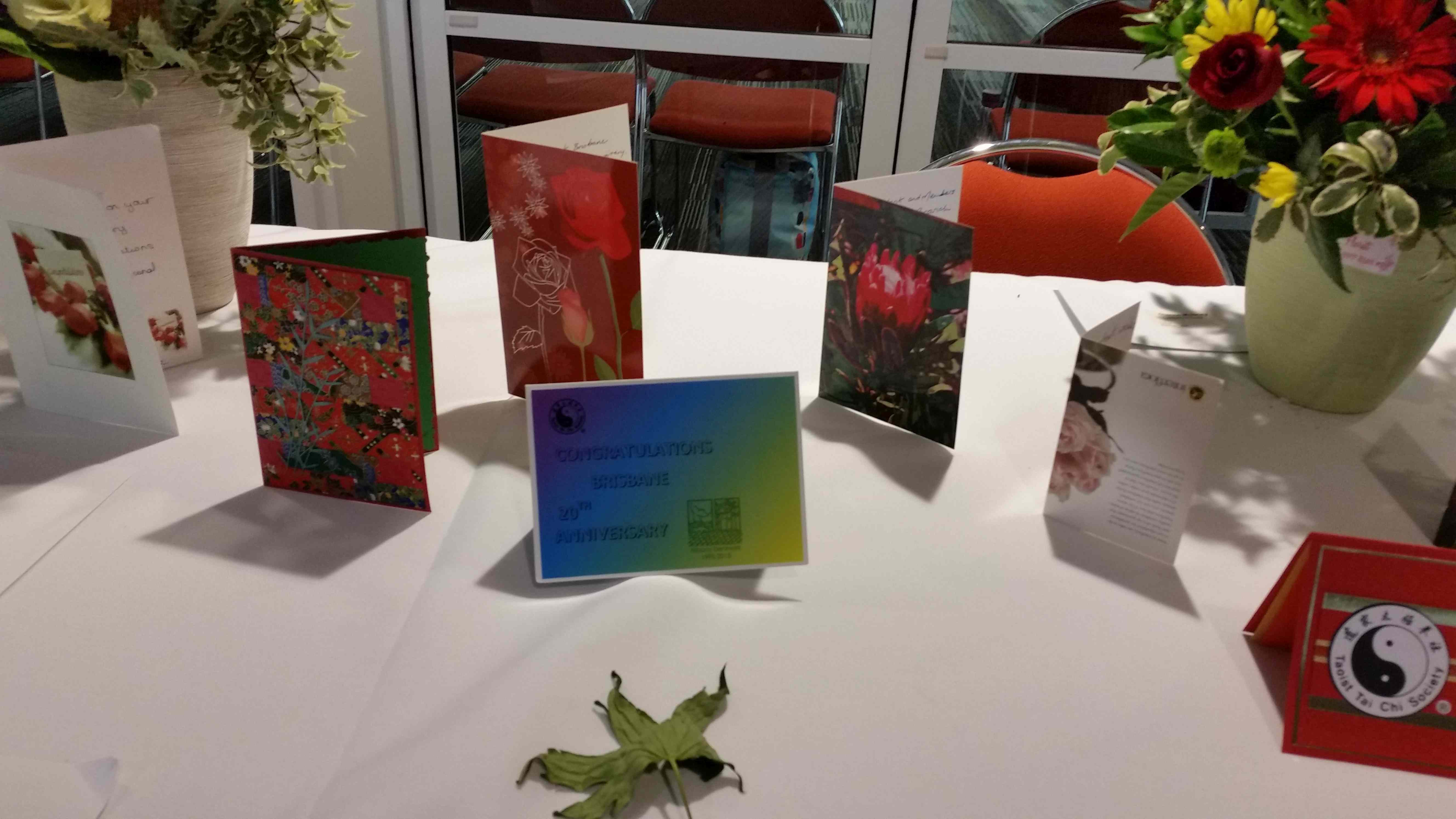 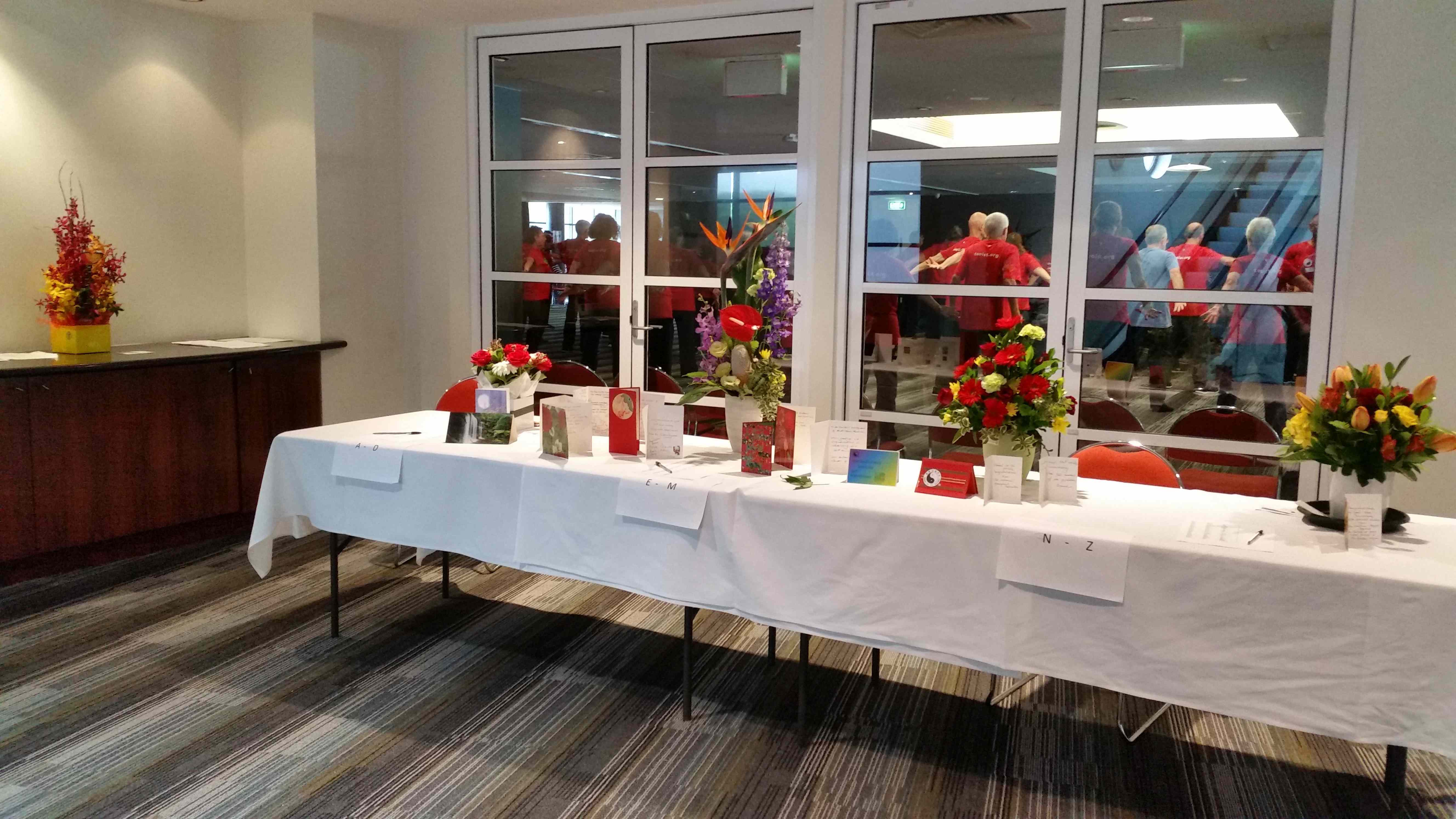 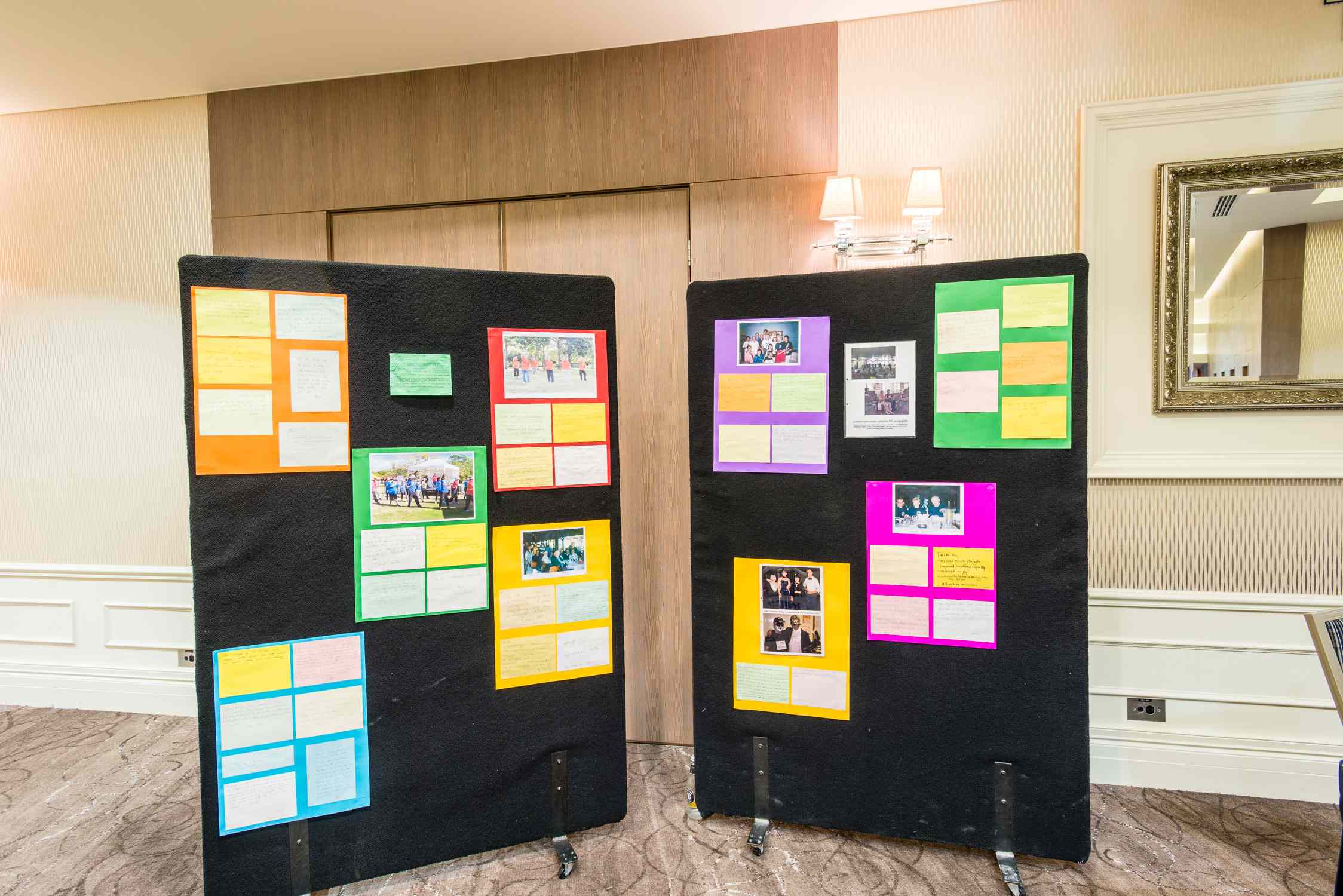 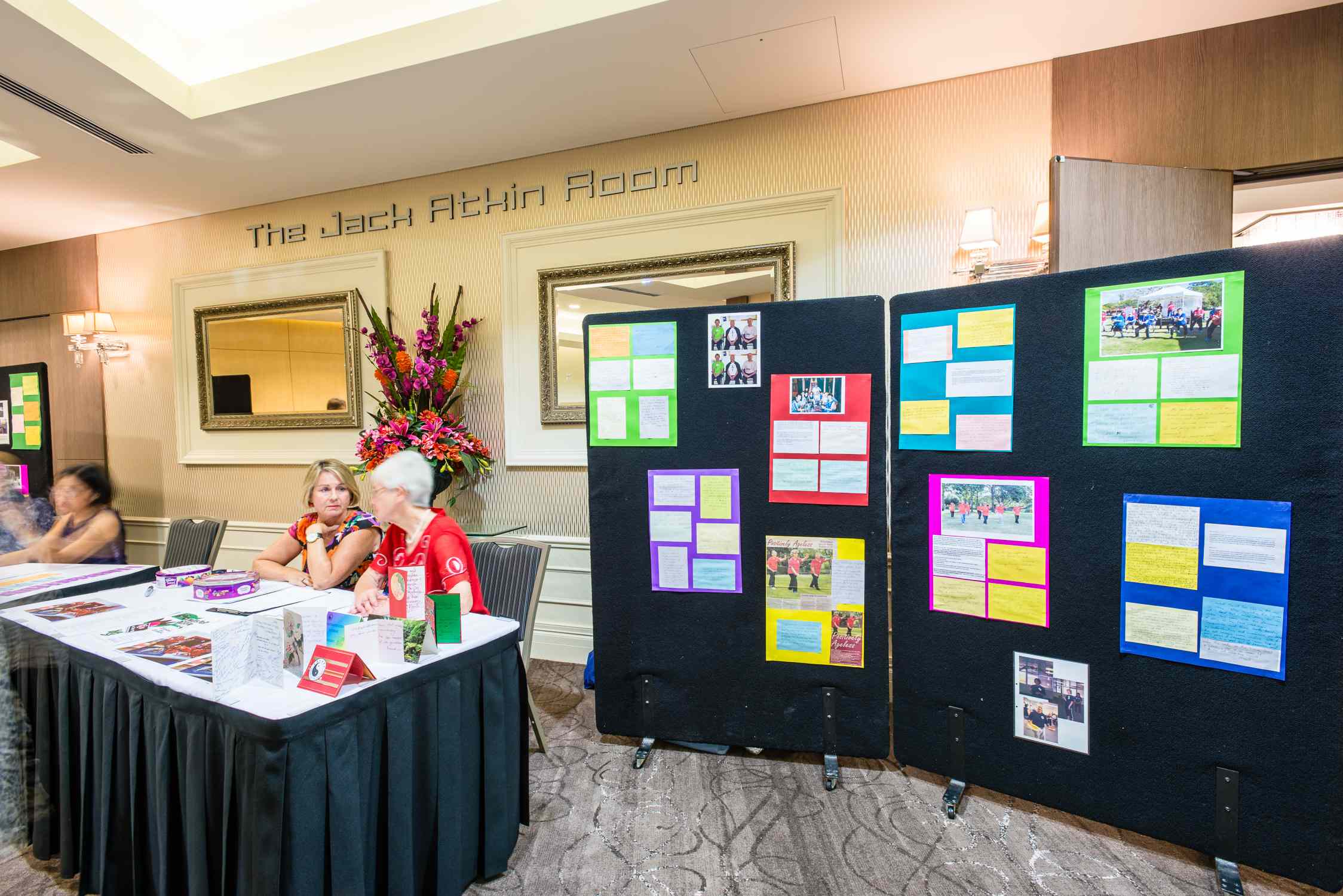 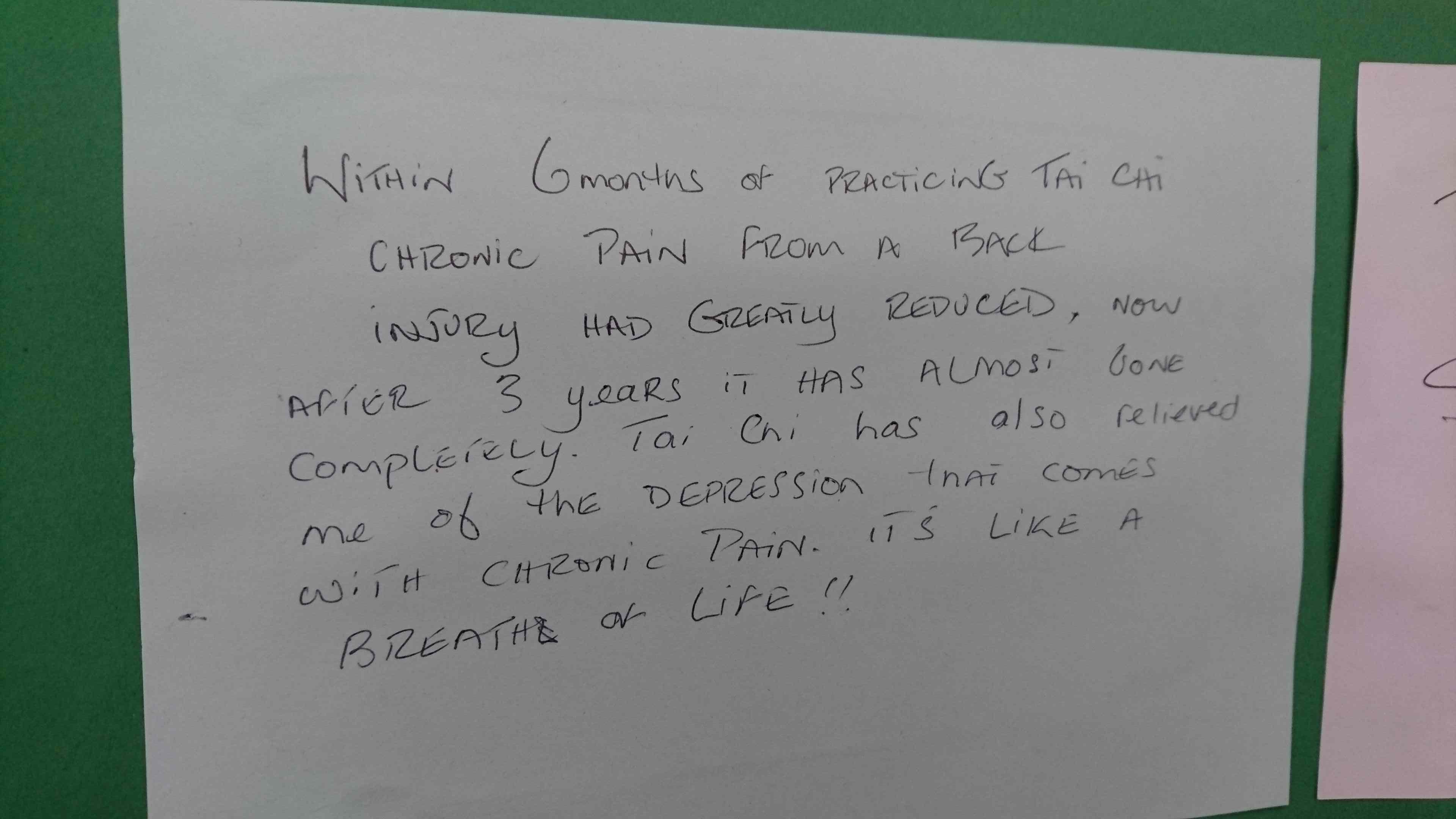 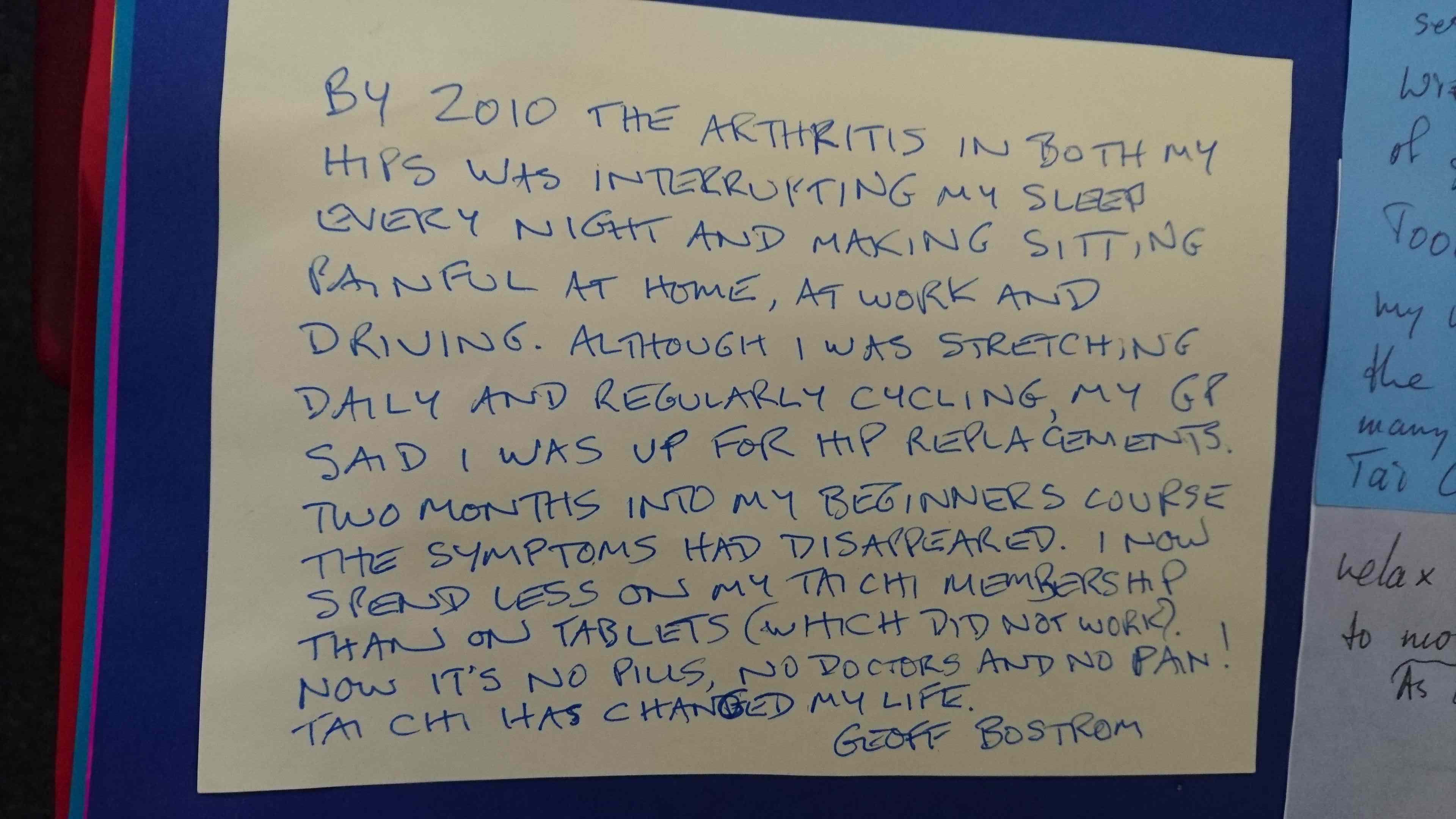 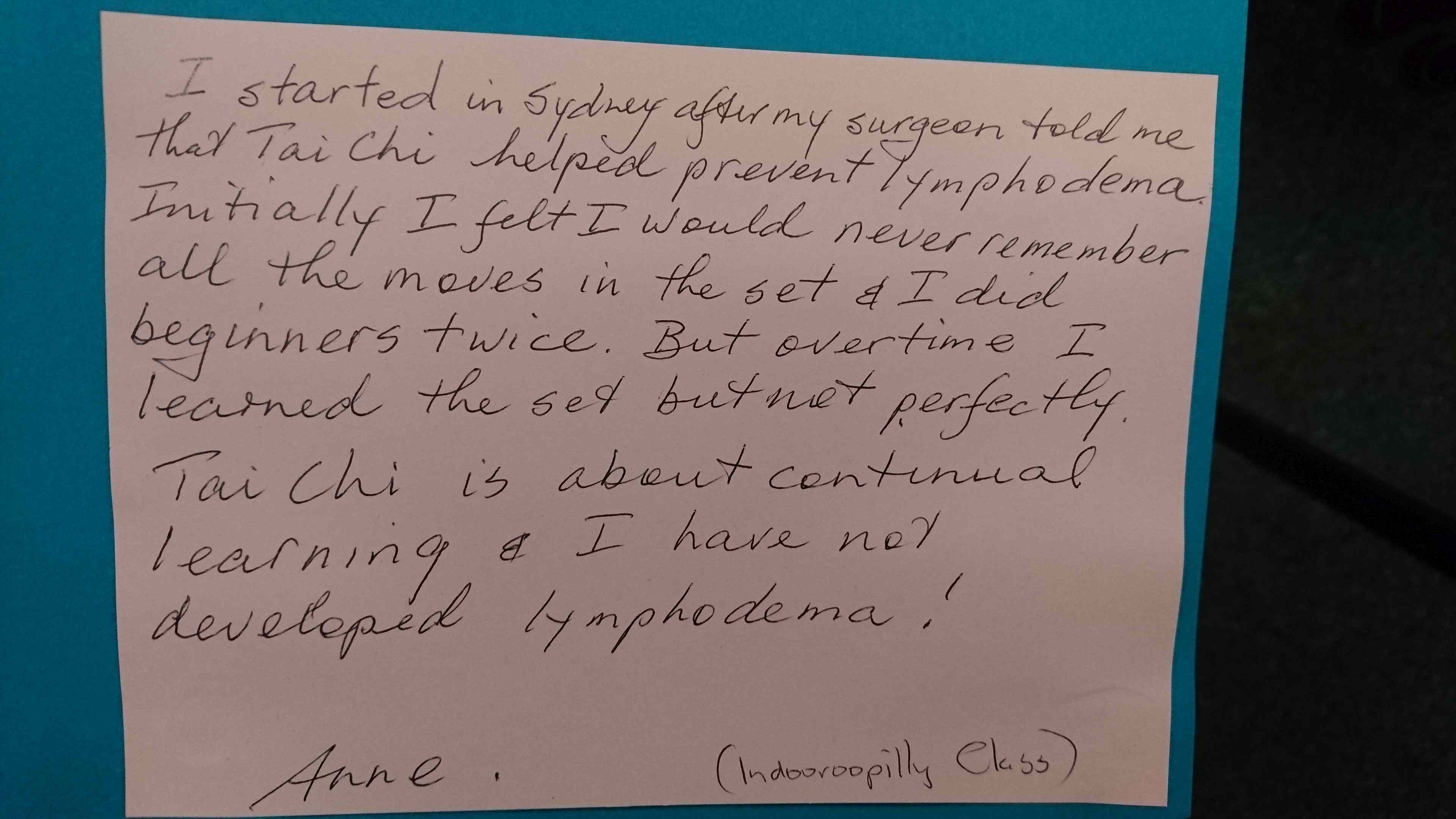