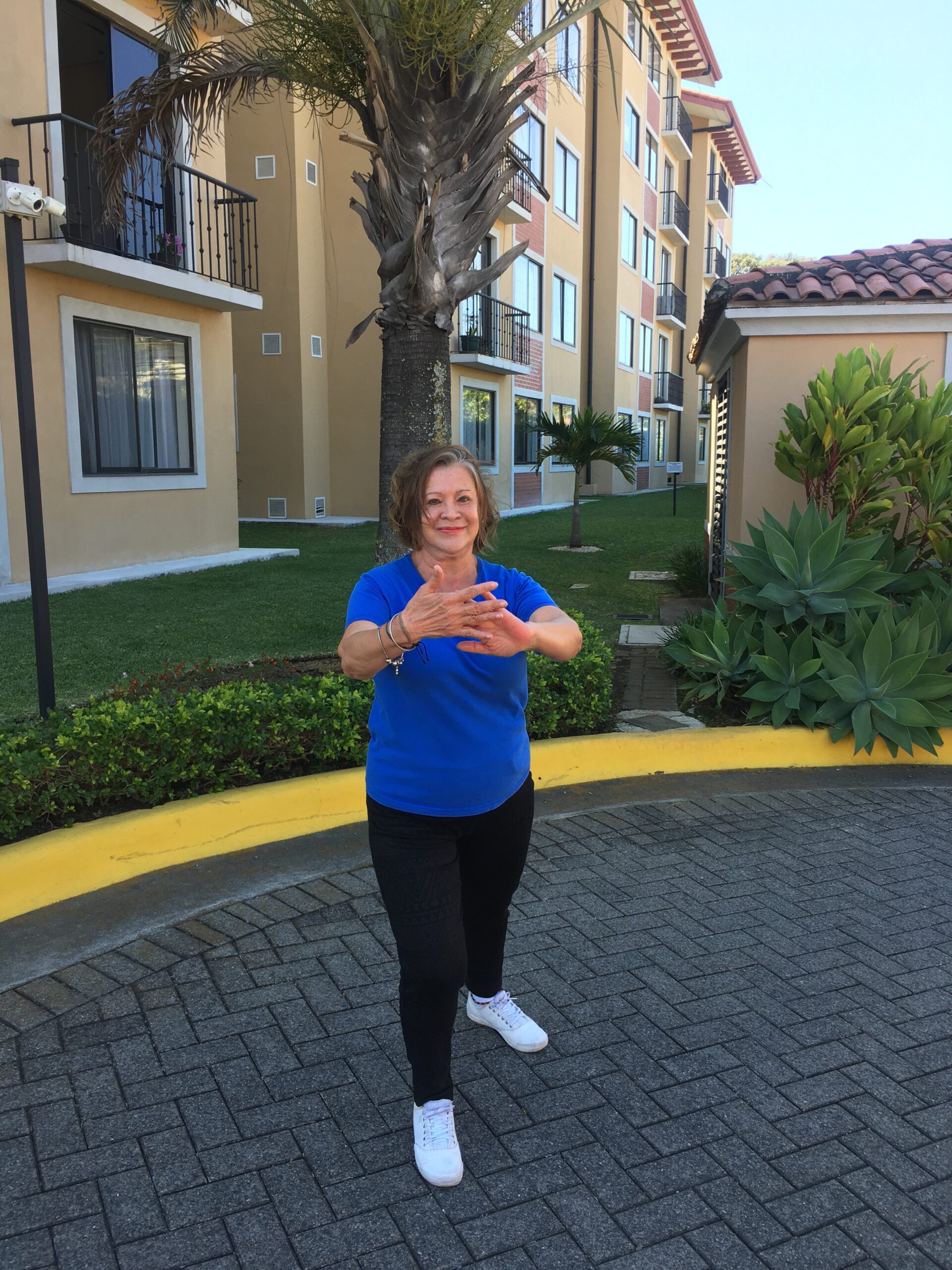 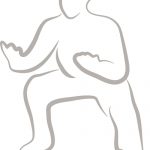 «Let’s not pretend that things change, if we always do the same …» These wise words that I read many years ago, I am understanding better in this surprising time of pandemic. The great medicine that I have had to incorporate with greater discipline into my new life routine are the Taoist Tai Chi® Arts, […]

We are taking a moment to share some reflections on the last few weeks in the club and the diversity and richness of the legacy Master Moy entrusted to us. We were able to celebrate the 9 Kings Festival with a week of chanting and appreciate the newly made altar, crafted by the brother of […] 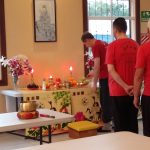 All Souls Festivals in Costa Rica

Throughout the period of All Souls Festivals we have offered chanting opportunities and held two day events to align with each of the three Festivals held at the International Centre, Wong Dai Seen Temple and at D’Arcy Street this month.  Joining with others around the world we came together to provide help to those […] 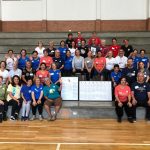 A weekend practicing Taoist Tai Chi is a gift like few others. Sharing, enjoying and working together to improve our health are some of the activities we were able to experience the past Saturday 9th and Sunday 10th of March in Costa Rica; a weekend to experience more of this wonderful practice inherited by Master […] 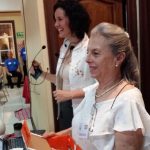 Health in the Community: Costa Rica shares the results of the health survey

On Saturday, 28 July, 75 people, including participants, friends, and family from the Asociación de Tai Chi Taoísta Centre in Heredia as well as participants from the three satellites in Costa Rica, gathered for a “Health in the Community” banquet at our Club’s Centre.  We also hosted several members of the medical community, who had […] 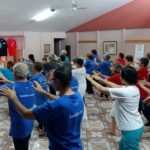 Last month, in a tranquil social atmosphere, we had an opportunity to make the profundity of Taoist Tai Chi® arts available to 50 people in our satellite in Tibás, San José, capital of Costa Rica. Through an Intensive, a lunch and a talk about Physiology and Taoist Tai Chi® practice, we could see the connections […] 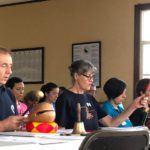 Last Sunday 24 participants gathered at the club to share a day of chanting, meditation, tai chi sets, cleaning our home, preparing food and sharing together. It was an opportunity to experience the benefits of the integrated training in the Taoist Tai Chi® arts Master Moy brought us.  We explored chanting, both standing and kneeling, […] 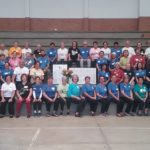 Last month we celebrated our two-day international program in Costa Rica that included participants from the Czech Republic, Great Britain and the United States of America. We’re in opposite sides of the world but it’s the same training, and we share some of the same mistakes as well! The workshop is different than what we’re […] 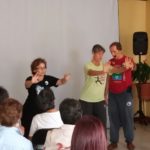 Recently in the centre in Heredia, Costa Rica we had the pleasant opportunity to explore the subject of physiology and Taoist Tai Chi® arts through a series of five illustrated talks. This series of sessions has given us a greater insight into the depth of the arts and motivated the participants to practice more, but […] 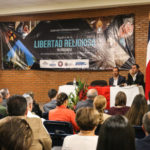 On Friday, June 9th, 2017 we were able to attend an international symposium about the challenges of religious freedom in Costa Rica, following a formal invitation by the parliament. Several representatives of different religions, including Catholicism, Christianism, Judaism, Mormonism, Baha’i Faith, Islam, Buddhism and also two members of the Taoist Tai Chi Society representing Taoism […] 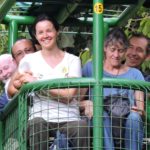 Part of the joy the Society brings to us are the opportunities for the family to get together, deepen our understanding of the Taoist Tai Chi® arts and get to know each other better. This year Allen Pearce from Portland, Oregon was assigned to lead our International programme and was able to spend an extra day […] 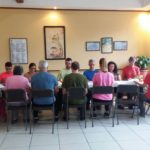 Chanting for Health in Costa Rica

During the last fortnight we were fortunate to have two opportunities to explore chanting for health in two-hour sessions on Saturday afternoons. We chant sutras twice a week at the clubhouse, but these sessions provide another type of opportunity to gain an introduction to these arts. For some it was the first experience of chanting […] 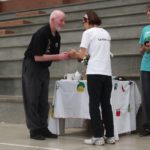 The Depth Of Simplicity in Costa Rica 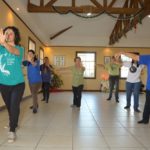 The last Thursday of 2016 a group of Costa Rican participants came together for an activity we had not organised before.   Inspired by the example of the Taoist Tai Chi© family in Ireland, we organised a get-together where we did continuous sets from 1 pm – 9 pm as a fundraiser for the Fenway […] 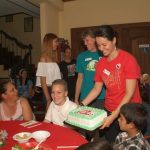 There is nothing more rewarding during the holiday season than giving back to those in need. Our Christmas party focuses on just that: working together to plan, prepare, donate and celebrate the festivities with the families we support throughout the year. Weeks before this special day, all members help donate groceries for the families to […] 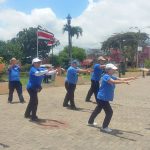 When sharing the Taoist Tai Chi® arts, there are many ways in which we can give others the opportunity to find this path of mind-body transformation. In Costa Rica we had the chance of doing so on August 27th, celebrating Awareness Day during a morning filled with positive attitude. Sharing the joy of practicing together, […] 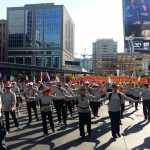 How many activities can be done in a single day together with 700 other people? From International Centre near Orangeville to Yonge-Dundas Square to Wong Dai Sin Temple in Steeles Ave. and back to the Centre again we enjoyed a fabulous day in which, for every step of the way, the working together […] 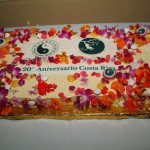 Celebrating 20 years of Taoist Tai Chi™ in Costa Rica with more than 70% of our membership plus 27 participants from Australia, Aruba, Canada, USA, the United Kingdom, and the Netherlands, was a great experience. The preparation of the international programme, the reception and the banquet taught us a lot about participating, working together, communicating, coordinating and exploring things […]
Showing results: 1 of 20
Mostrando resultados
Cómo usamos las cookies