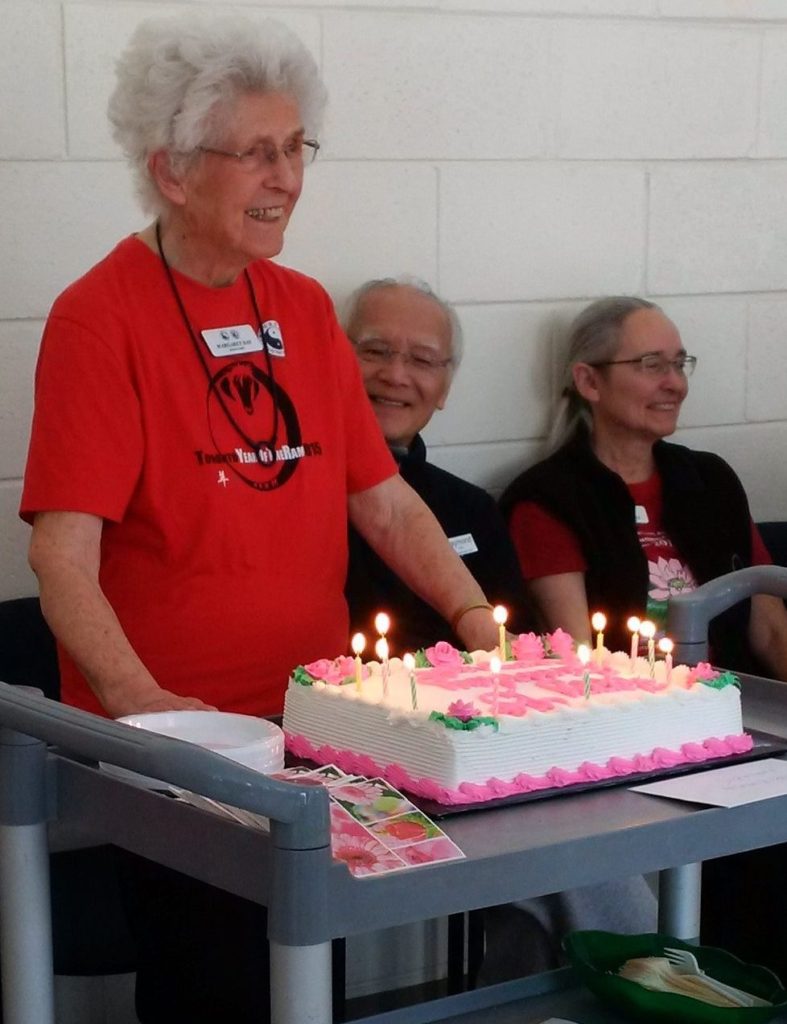 Margaret started practicing Taoist Tai Chi® arts seven years ago and she is grateful for all that is has done for her, mainly improved balance and increased strength, as well as making many new friends.

Last summer Margaret had a fall which resulted in a hairline fracture in one hip. At the hospital she was asked to try to walk using a walker.  At first she could not lift or move her feet because of the pain. Then she remembered what she had learned from Taoist Tai Chi® practice: danyu up, pushing herself up from the feet. This allowed her to walk much more easily and it impressed the medical staff and family members. She was back in class a short time later and said her quick recovery was the result of her Taoist Tai Chi® practice.

Margaret is an inspiration to us all. Her advice to us on her birthday was ‘’never pay attention to your age; go and live a full life’’. She certainly is doing just that. 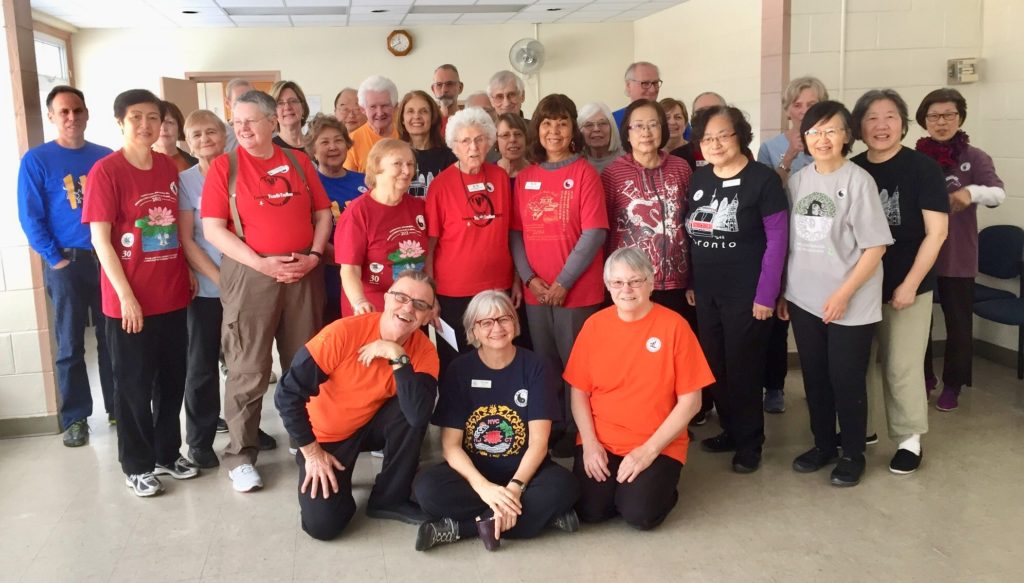