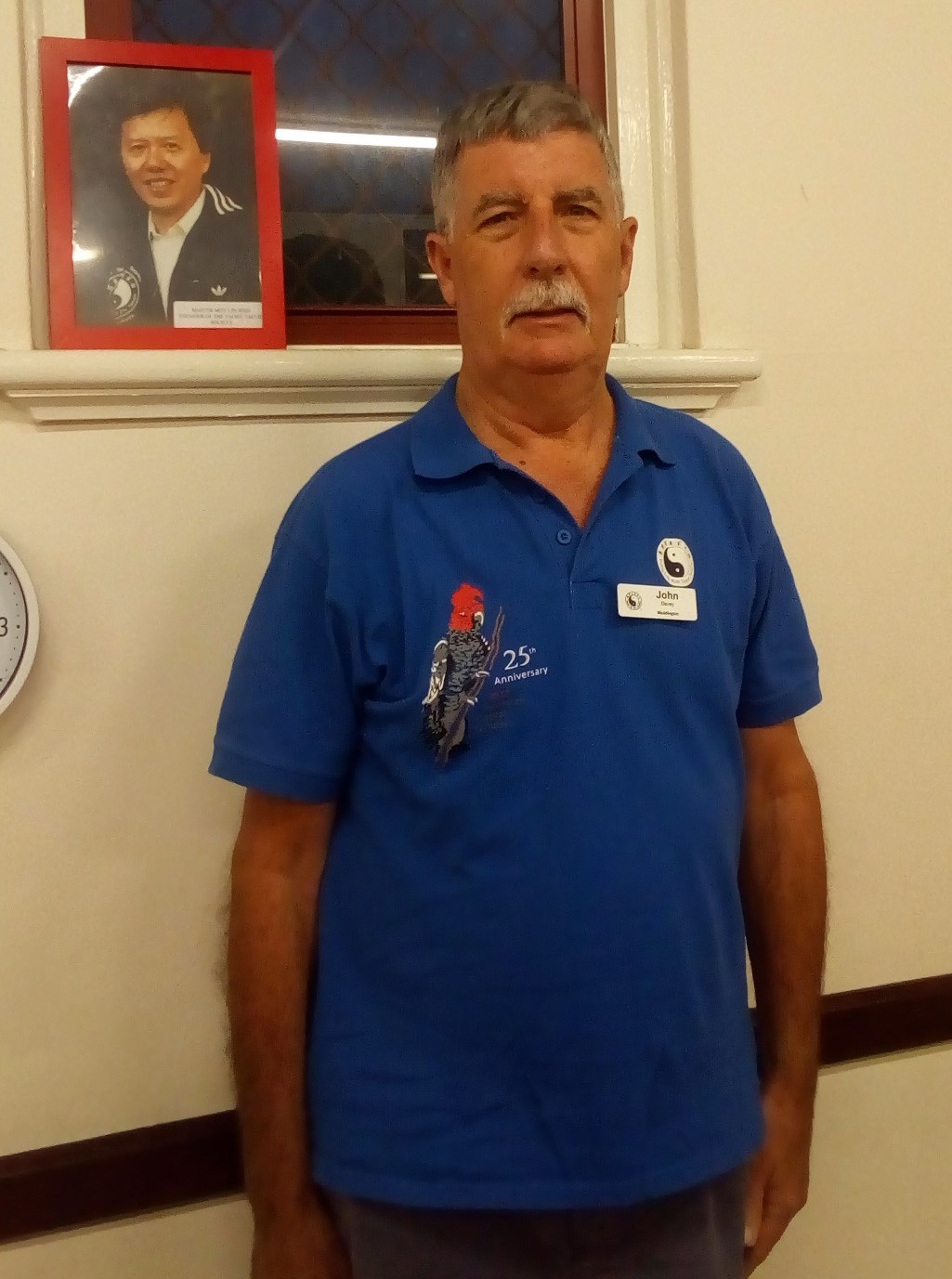 I have been regularly practicing tai chi for nearly a year now and must say that the health benefits have become clear and noticeable. Early last year, I had a really bad back with symptoms of acute stiffness and daily painful spasm.  My son who is a physiotherapist and GP put it to me strongly that I needed to do something about it and tai chi was suggested.  My sister has been practicing it for some years and spoke of its benefits also.  The rest is history.
I can truthfully report that since starting the classes, my back has been without any pain at all and I definitely have more flexibility in it. I can also report that I formerly had been having ‘touchy’ knees which were quite painful when bending down to cupboards or standing up from a seated position. It’s now rare to experience knee discomfort and, if I do, it’s quite mild.  I should point out that I haven’t started or stopped any other physical exercise in this same period but I do walk from time to time as I have for many years.  Logically, I have to assume that the practice of Taoist Tai Chi® arts is directly responsible for the substantial and most welcome improvement in my back and knees.

I would hasten to add that my whole body seems to be working better.  As a psychologist (retired after 30 years in the field), I have been especially interested in the mental aspects of tai chi alongside the undeniable physical that I find is a part of tai chi practice. I mentioned quite recently to a fellow member that I personally felt there was benefit in the simple discipline of committing the time each week to practice, that is, a certain satisfaction in achieving this.

There is not space in this article to comment about obvious psychosomatic elements of practicing tai chi diligently but there can be little if any doubt that there are powerful and positive connections involved.

For my own part, it’s relatively early days in the Society but I look forward to the opportunity of gradually improving the art with instructors and fellow members who are clearly skilled, dedicated and very tolerant of latter day novices such as me.