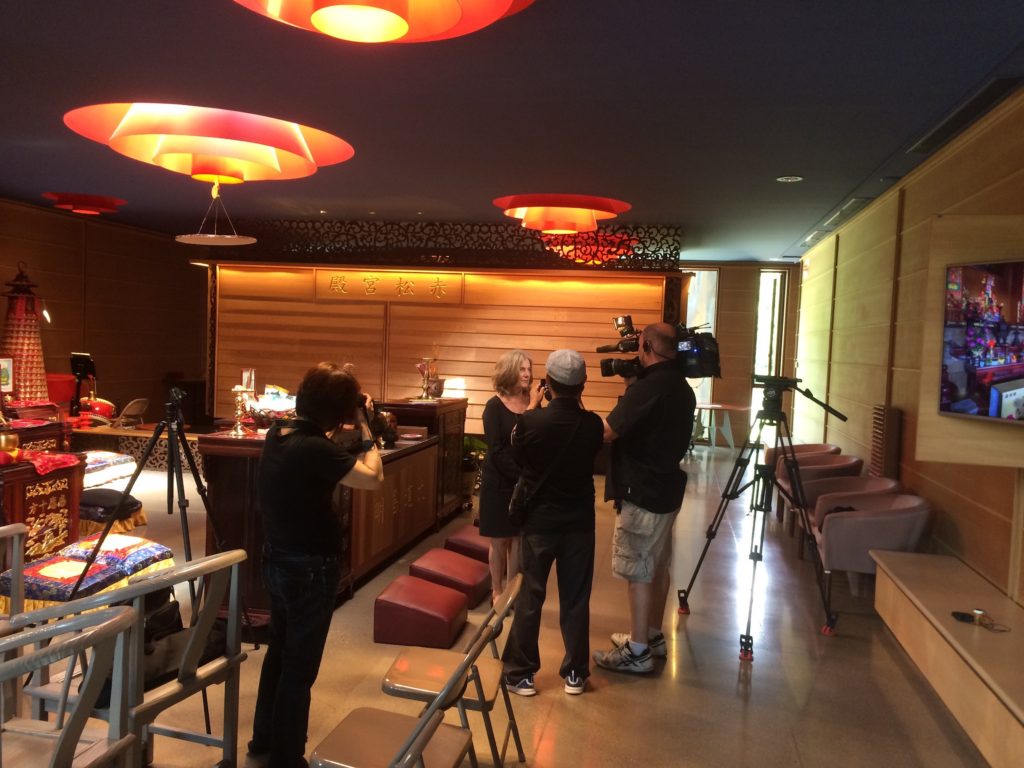 Fung Loy Kok Institute of Taoism president Marsha Eberhardt and executive director Andrew Hung addressed representatives of nine different Chinese media organisations, explaining the organisation’s spirit of compassion and how we work to help ourselves and others. Ms Eberhardt says it does not matter what the colour of our skin is or the faith we practise, we are all able to benefit from the Taoist Tai Chi® arts.

Ms Eberhardt was interviewed for a television station, and the reporter for one big Chinese news website already had his report online – http://www.easyca.ca/bencandy.php?fid=225&id=73123 – by the time the journalists were being treated to a dim sum lunch.