Over the last years the Portuguese Association has been continuously sending information about the International Awareness Day (IAD) to the Portuguese Language Media of Toronto. The objective has been to reach out  the considerably big
Portuguese Speaking Community resident in Greater Toronto Area. 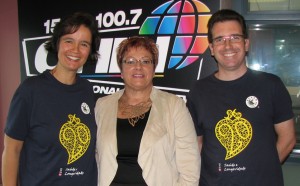 act with the Consulate General of Portugal in Toronto opened doors for a radio and newspaper interviews that lead to a TV coverage in 2013 of the International Centre in Orangeville and IAD.

This year a new radio interview with Fátima Martins in CHINRadio resulted in the presence of at least 3 interested Portuguese in Yonge-Dundas Square. One of them, Srª. Adelaide, had a picture taken with
our representative! 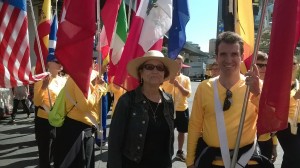 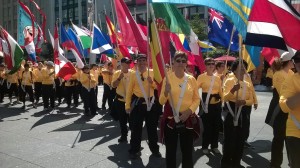 It’s great to realize on site that persistence pays off in following the objectives
of Fung Loy Kok!