This is the International Center Florida construction update for the week ending January 31, 2016.
Building A
Windows
Window installers continue to install the east and west windows on the center wing of Building A. 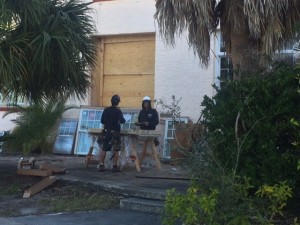 Exterior Stairwells
The exterior stairwells on the north and south sides of the building have surveyors' stakes in place prior to construction of new stairwell towers. 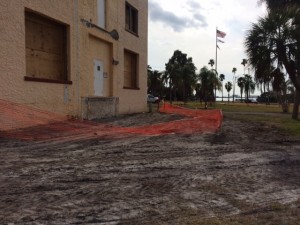 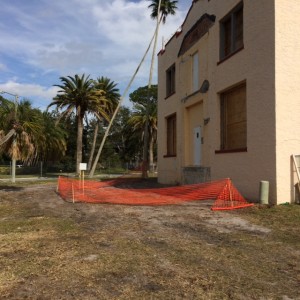 Concrete block was delivered for the stairwell construction. ​ 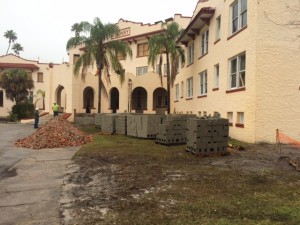 A new patio wall was built to the south of the main entrance to replace the one removed due to damage. 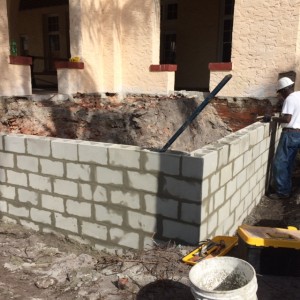 Northeast (Dining and Kitchen) Wing
Construction continues on the second floor. All of the floor joists on the second floor need to be removed and replaced due to termite damage. The floor supports go up to the roof from the first floor in the photos below. 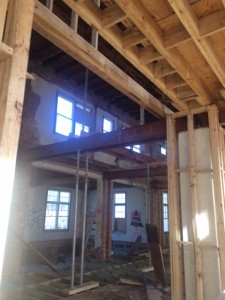 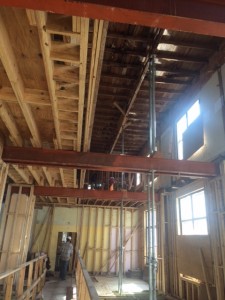 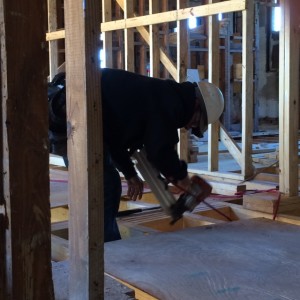 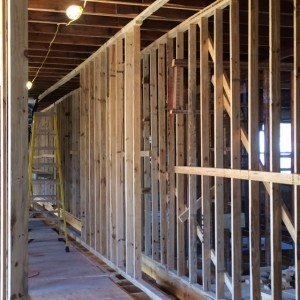 Southeast Wing
Strapping continues in the SE wing now that warmer temperatures have returned. When the temperature is below 60 degrees Fahrenheit the exoxy added to the clay block will not set. 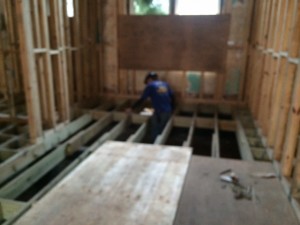 Elevator
The new elevator shaft's exposed brick face was fireproofed. A new concrete block wall is being constructed to extend from the ground to the second floor to make up that part of the elevator shaft. 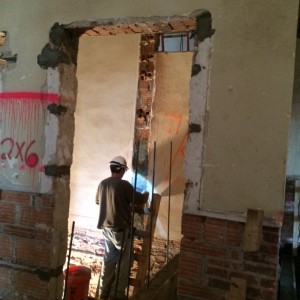 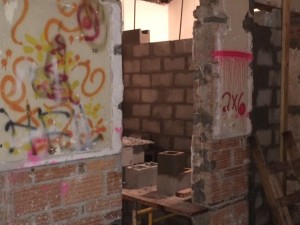 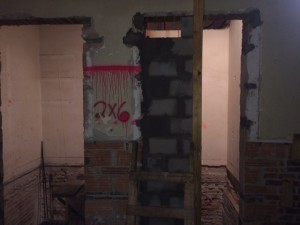 Building C​
The new storefront doors were installed this week. 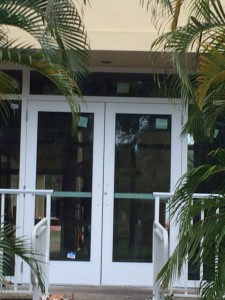 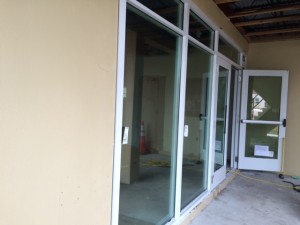 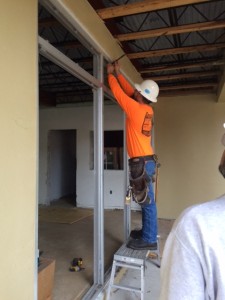