“My name is Assunta and I’ve had Parkinson’s disease for almost 40 years. I have been practicing Taoist Tai Chi® arts for almost as long. I knew after my first class that the Taoist Tai Chi® arts were helping me. I first became stronger emotionally and then physically. Everything improved and I was better able to tolerate medications. I am taller and more flexible. The benefits of Taoist Tai Chi® practice are so good. I feel normal!” 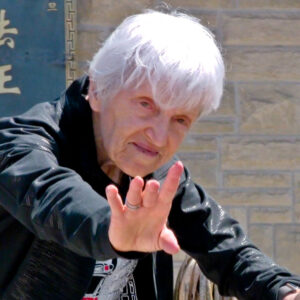 Assunta was taking part in a longitudinal international study – ‘The Parkinson’s Outcomes Project’ – which at the time of her enrollment followed 5500 people with Parkinson’s disease to determine best treatments. Remarkably, Assunta lived longer than almost all of that group.

Sadly, Assunta passed away in 2021, having survived with Parkinson’s disease for an extraordinarily long time. Throughout her life, she never missed an opportunity to tell the story of how Taoist Tai Chi® arts helped her live so fully.